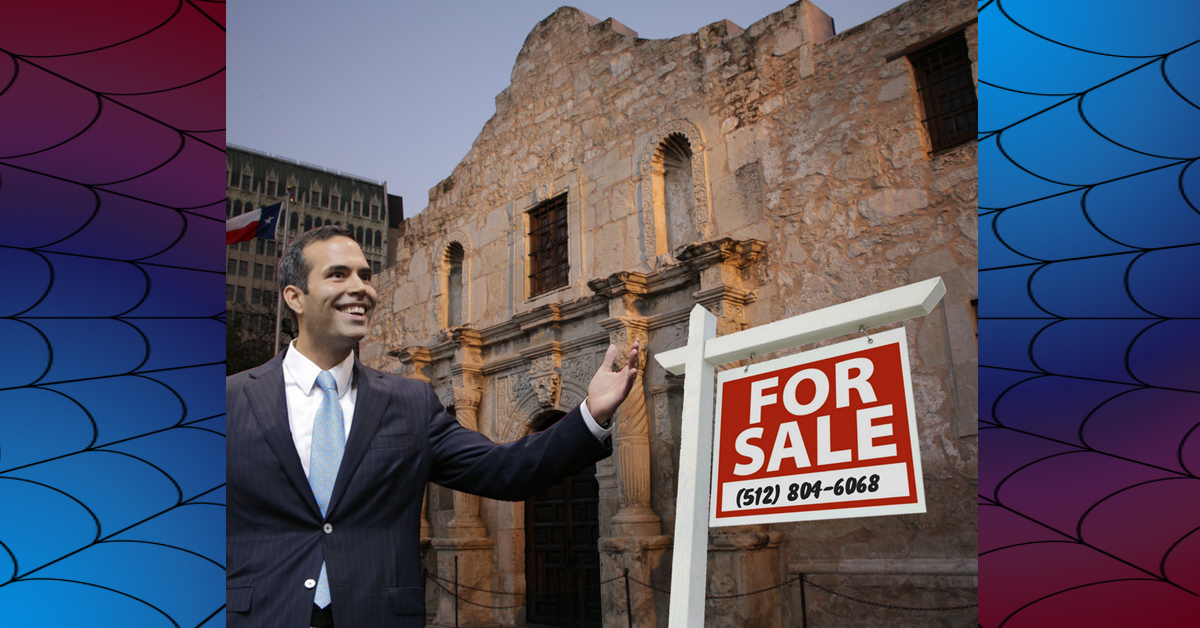 In a modern day south Texas showdown, Moses Rose’s Hideout, a San Antonio bar named for the supposed “coward of the Alamo,” is in a battle for its existence.

The establishment, ironically but appropriately located adjacent to the shrine of Texas liberty, currently stands as a physical impediment to a new, $150 million Alamo Visitor Center and Museum—part of a nearly $400 million scheduled makeover of the Alamo. At issue: San Antonio wants the land on which Moses Roses’s Hideout sits; the bar’s owner doesn’t want to sell at the price being offered.

Several years of negotiations between the bar’s owner, Vince Cantù, and The Alamo Trust (a project partner with the City of San Antonio and the Texas General Land Office) have failed to break the stalemate between the parties. And the chasm between the two is wide: The most recent offer from the trust is $3.5 million; Cantù’s asking price is $17 million. The 4,700-square-foot building is located at 516 East Houston St.

With Cantù and The Alamo Trust seemingly at an impasse, the trust says it has no choice but to urge San Antonio City Council to take the uncommon action of buying Moses Rose’s Hideout under eminent domain proceedings. The council is scheduled to vote January 26.

To procure property via eminent domain, the Texas General Land Office ultimately requires authorization from the Texas Legislature; however, a vote of support from local leaders (e.g., San Antonio City Council) means the acquisition of the land by the city will likely occur.

San Antonio City Attorney, Andy Segovia, says the city can’t simply take land out of convenience; rather, it must show a compelling public purpose to do so. But Segovia doesn’t believe they’ll have a problem making their case.

Construction on the new Alamo Museum facility is scheduled to begin June 2023.

Who was the bar’s namesake, Moses Rose?

In March 1836, the Mexican Army surrounded the Alamo, raising a no quarter (i.e., “death to all defenders”) flag. Texian Commander, Colonel William Travis, drew a line in the sand with his sword, asking the defenders to cross—thereby pledging to fight (and assumably die) at the Alamo. All those inside the Alamo crossed the line except for one: Moses Rose. It’s said David Crockett pressed Rose to cross, but Rose held firm. Later that night, Rose is supposed to have slipped over the wall:

“In the fading sunlight, Rose dropped his bundle of belongings into a pool of blood and went over the wall. Heading west away from the Mexican lines, he walked through the deserted streets of San Antonio. He followed the town’s namesake river south about three miles before turning east onto the open prairie” (Haile, 2017).

After evading the Mexican troops, Rose made his way to Grimes County and ultimately settled in Nacogdoches, where he operated a butcher shop. He never attempted to hide the fact he left the Alamo, attributing his decision to a love for his family and stating he “just wasn’t ready to die.” Rose often explained he preferred to fight another day rather than face a slaughter like those he had seen in previous battles. Throughout the remainder of his life, Rose candidly and unabashedly explained to anyone who asked why he decided not to stay and die at the Alamo.

Along with securing the political independence of Texas, the Texas Nationalist Movement (TNM) is committed to preserving her cultural and economic sovereignty—black eyes and all! While legend says Rose was the only man who chose to leave the besieged Alamo, he was a member of Colonel James Bowie’s forces who fought during the siege of Bexar. Rose later joined Bowie in reinforcing the Alamo Mission in San Antonio de Bexar in January 1836.

The TNM doesn’t have an official opinion on the outcome of the bar vs the city of San Antonio. Our interest is more in keeping the stories of Texas alive, even the stories of those who ran away. On the second Saturday of each month, members of the TNM gather in San Antonio to memorialize the defenders of the Alamo by silently marching and placing a wreath on its grounds. Texas may forget Moses Rose, or we may not, but we will always “remember the Alamo.”