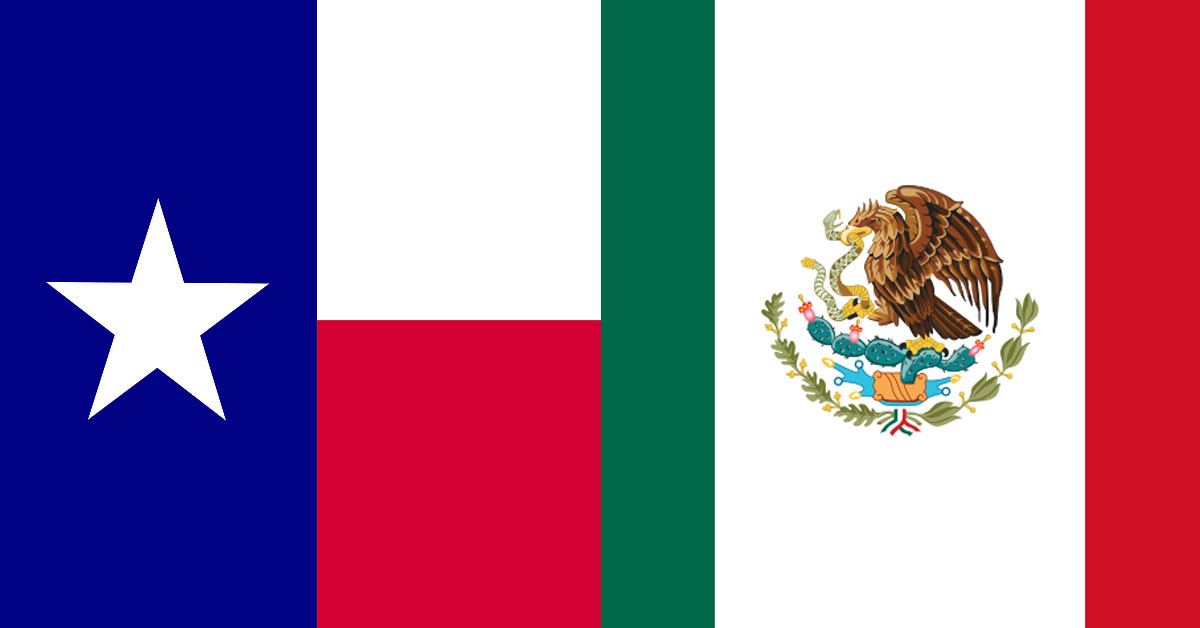 At the Texian Partisan, we like to highlight threats posed by the federal government of the United States to Texas’ liberty and sovereignty. This is not a very difficult task, considering that so much of what the federal government does is clearly outside the boundaries of the legal authority granted it by the Constitution. However, not all threats to Texas come from Washington, and if one “elder statesman” of Mexico and his supporters get their way, Texas will yet again face a threat from south of the Rio Grande.

Spurred on by concerns of rhetoric from President Donald Trump, a movement in Mexico now seeks to challenge and overturn the Treaty of Guadalupe Hidalgo. For those who have forgotten their high school American history, TOGH was the 1848 treaty that ended the hostilities of the Mexican-American War, a conflict that began with the United States accepting Texas into the Union. In addition to ending war with the United States, it settled the issue of Texas’ border being the Rio Grande and also ceded to the U.S. most of what is today known as California, Arizona, and New Mexico. Led by Cuauhtémoc Cárdenas Solórzano, the founder of Mexico’s Party of the Democratic Revolution and former Mexico City Mayor, what this current effort seeks to do is to nullify TOGH and have the United States pay, “reparations and indemnification” to the government of Mexico for the forced sale of those lands and forced recognition of Texas independence.

As this effort, according to the New York Times, is likely to be tried in the “International Court of Justice,” its probability of success is low. The United States does not currently accept world court rulings as binding, and such recognition is unlikely to begin with a big, fat, judgement that the U.S. can tack onto their already immense debt. Also, there is practicality to be considered. This sort of game can be played back a long way, and not just the 169 years to the signing of TOGH. For instance, what compensation did Mexico give Spain for the appropriation of their imperial territories in that part of the new world? For that matter, what did Spain do for Aztecs that they conquered, or the Aztecs for the tribes they subdued? Are we to dredge up all the conquests of antiquity and relitigate them? Does Mexico really want to open that can of worms?

Additionally, Texans would point out that TOGH doesn’t account for the Texas Revolution. Guadalupe Hidalgo may have settled formal recognition of the Texas border and ended Mexican incursions, but Texas effectively left Mexico when Houston showed mercy to their President (captured after the Battle of San Jacinto), something Santa Anna refused to show surrendering Texians at Goliad or the defenders of the Alamo. Despite the fact that agreements hammered out at the time had been reneged, after San Jacinto, Mexico never retook Texas, lands lost ultimately due to its own tyranny. Even if you believe that the U.S. acted in bad faith during the Mexican-American War, the cause of the Texas Revolution was Mexico installing a dictator who suspended the constitutional rights of all Mexicans, including the people of Texas. To deny this is to deny the natural rights of all people and establish that a country’s citizens are the chattels of the state, to be disposed of by whomever runs the state.

As none of this is likely to go anywhere, it’s premature to worry about it. However, the longer Texas is attached to the federal government, the longer we risk the possibility that a rogue judiciary or similarly inclined President will either order the payment of such reparations or the forfeiting of territory. With the insane things done by government these days, no one can totally rule out such a scenario. The sooner Texas reasserts its sovereignty and retakes its seat among the nations, the better. And as for Mexico, if its government is seriously considering pursuing such madness, they would do well to think about what they could lose in international trade, either with the United States or an independent Texas.