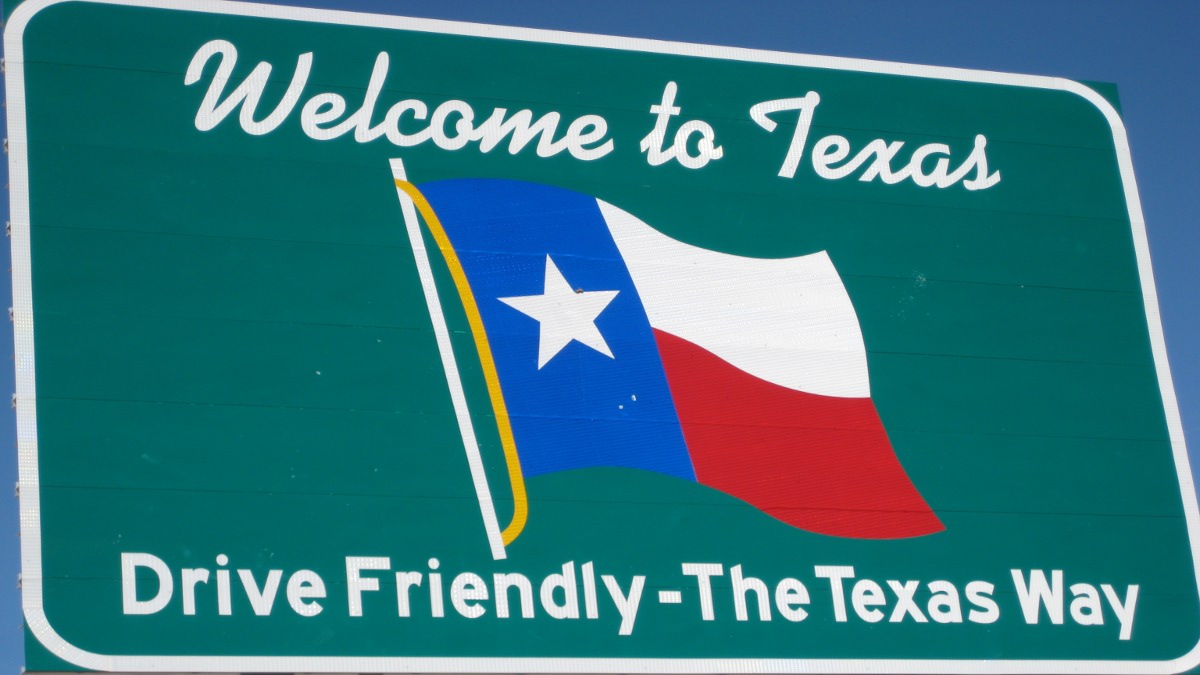 If you’re a native Texan, you may have never paid attention to those ubiquitous “Drive Friendly—The Texas Way” signs. However, if you’re a transplant like me, when you first encountered one, the sign may have struck you as unusual and, well, friendly! There is a story behind that slogan that goes deep into the heart of Texas.

The Origin of the Name “Texas”

“Texas” is derived from the word “tejas,” which was once widely used by the indigenous inhabitants of what is now east Texas. According to Phillip L. Fry and the Texas State Historical Association, the most common meaning of the word “tejas” was “friends.” In fact in John Wesley Arnn III’s book Land of the Tejas: Native American Identity and Interaction in Texas, he writes:

Many Texans today recognize the term “tejas” as a Caddoan word for friend. But as early as 1691, a Spanish friar named Fray Francisco Casañas de Jesús María, living among the Asinai Caddo, recorded that the word “tejas” referred to an “ancient” alliance that integrated dozens of diverse groups across the region through political, economic, and social ties.

When the Spanish arrived, they adopted our familiar spelling of the word and began using it as a proper noun: Texas. As Fry also writes:

How and when the name Texas first reached the Spanish is uncertain, but the notion of a “great kingdom of Texas,” associated with a “Gran Quivira” had spread in New Spain before the expedition of Alonso De León and Damián Massanet in 1689.

The “Gran Quivira” was a legendary Indian province “far to the east of the New Mexico pueblos somewhere on the Buffalo Plains.” Yet, the land of the Tejas has roots four centuries before De León and Massanet.

Although the aforementioned book by Arnn is a rather dry, academic text that expounds an interesting theory of the origin and evolution of culture, he examines an interest of ours: the Toyah culture. Describing culture as living, organic and, in fact, necessarily changing, the Toyah culture and its associated tribes flourished around 1,300 AD. They are the direct ancestors of the Tejas Indians. According to “Toyah Culture,” these people lived throughout the Edwards Plateau, augmenting their diet of plants and deer with bison. They are characterized by a two notables: a chipped stone toolkit composed of beveled knives, arrow points, scrapers and drills, and earthern pottery. The latter were first introduced to the region, although being widely used elsewhere. These are the roots of our culture.

Considering the depth and breadth of our Texas culture, it is worth preserving and protecting. We should preserve it, not in the static sense of a portrait or a museum piece, but rather as a living entity, one of whose common threads is friendliness. Understand our culture through books like James A. Michener’s Texas, a grand history of our great republic. Then, like the state highway sign reads, live “The Texas Way!”