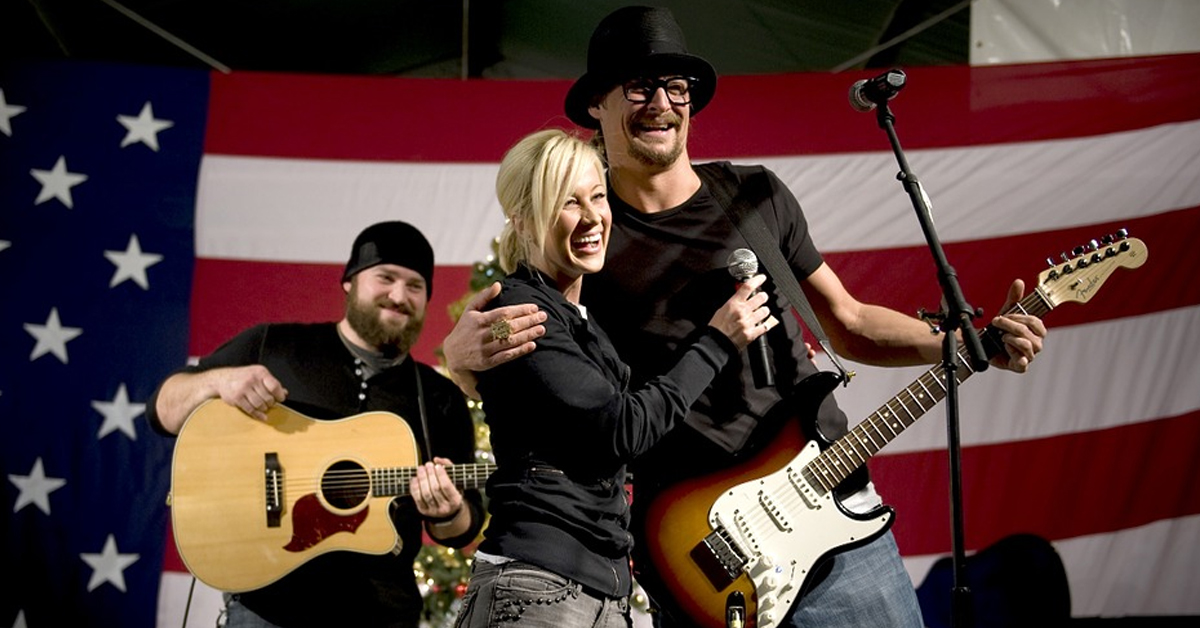 Many have heard by now that Robert James Ritchie (aka Kid Rock) has announced his candidacy for U.S. Senate. He would represent his home state of Michigan. Is this a publicity stunt? Is he serious? What if he wins?

After getting their heads handed to them by the “carnival barker” turned president, the Democrats are not leaving anything to chance. Elizabeth Warren, quick to capitalize on any type of hysteria, promptly distributed an email. Warren begged people to give her and MI’s incumbent Debbie Stabenow money to fight Kid Rock. 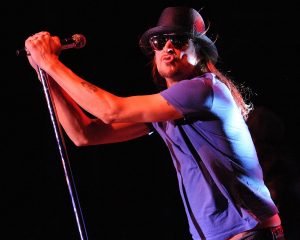 Kid Rock has launched a campaign website. At the time of this writing he is either just getting started or is looking for attention and money. Currently his campaign site is devoid of any information. It only

contains two odd links. One link goes to his “Kid Rock for Senate” merchandising page through Warner Bros. The other goes to his official band page. The band page greets visitors with video of bikini clad women shooting guns. There is also a link at the top to view his official announcement.

The campaign page also displays a flash banner of catch phrases. One phrase says “Pimp of the Nation.” It will probably be hard to get his Conservative constituents to understand how that will be good for America.

According to her senatorial bio, Stabenow learned the value of hard work because her family owned a car lot and her mother was a nursing director at a hospital. Her touted accomplishments include a Bachelors in Arts and a Masters in Social Work. In 2000 she became the first female from MI elected to U.S. Senate. Debbie is a ranking member of the 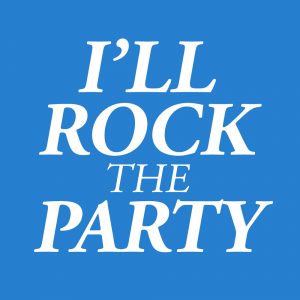 Kid Rock says he will be “a voice for tax paying, hardworking AMERICANS and letting politicians like her (Stabenow) know that We the People are sick and tired of their bulls#!”

Senate Agriculture Committee. She is also a member of the Senate Energy, Finance, and Budget Committees. Sen. Stabenow also claims to have helped cut small business taxes as well as revitalize manufacturing and farming and played key roles in healthcare reforms.

According to Biography.com, Kid Rock’s accomplishments include a successful career as a vulgar musician who sings about getting stoned. Consider how the Dems responded to Mr. Trump’s private conversation about how women would let him grab them where the sun don’t shine. One can only imagine the field day they will have with a candidate who partners up with Eminem to sing “F- Off.”

More of Mr. Rock’s accomplishments include a temporary marriage to Baywatch star Pamela Anderson. He is also the proud owner of arrest records for assaulting a DJ at a strip club and a customer at a Waffle House.

But for many people, it might be enough that he’s not a Democrat, or that he supports Pres. Trump. When people protested his use of the Confederate flag he told them to “kiss my a**!” Nobody is perfect. Most right-thinking Americans understand that and can be forgiving (especially towards someone they like.) However; while the MI GOP press secretary Sarah Anderson says that Kid Rock as a candidate 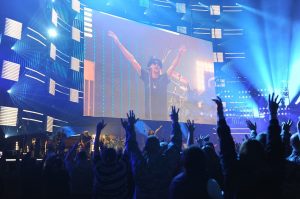 “would be awesome,” there may come a point where Conservatives will have to step back and ask themselves if this is really the best candidate we can find.

Kid Rock’s social media page is full of showmanship, vulgarity, flipping off the camera and other things you may expect of someone living like they have no respect for themselves or others.

One of the fun facts about Mr. Rock is that he is an ordained minister and performs weddings- even gay weddings. He said that it makes him uneasy because that is not a lifestyle he supports; nonetheless, he separates his ideas from his duties and just does the job asked of him.

After the win of Donald Trump it would not be a surprise to see more celebrities throw their hat in the ring for office. Perhaps more celebrities on the Right will come out of the shadows of fear for their careers and support or run for office as Republican or Libertarian. More may join the effort to “resist” the Leftist civil war of the last eight years. More Dems will cry #resist because they can not understand how all of their expectations were tossed asunder in November 2016.

Is star power enough to make it into office? Does star power make a difference? Jesse Ventura made it to governor as an independent and was a lame duck because his congress refused to work with him. Al Franken somehow won a controversial election and continues to make no sense to Conservatives. In Texas, Kinky Friedman lost bids at several different offices.

Arnold Schwarzenegger beat out a field of celebrities to win the high office of California as a Republican. A Democrat friend of mine pointed out Arnold’s less than Republican ways. He told me, “I bet the Republicans are losing their minds. They are like ‘Oh yeah! Ar-nold! Ar-no… wait! What?” But if star power and likability are enough then perhaps Texans can find someone (like Chuck Norris) to replace RINO John Cornyn. 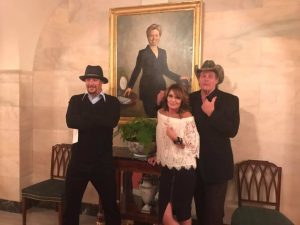 What do we really want?

Then again, is that really what we want? Substance matters. We frequently hear complaints about celebrities running their mouths; acting like they understand the “real” America; telling us how to think and vote. We complain when Whoopi Goldberg tells us what she thinks we need to do yet yell “hell yeah, this guy gets it” when Ted Nugent goes on a rant.

In the end, it may be a fun race to watch. Maybe Kid Rock would do a great job in office… maybe not; but Kid Rock is not a concern for Texas voters. The celebrity politician is one phenomena that Texas has yet experience, except for the last two POTUS elections. But whether you believe that Kid Rock symbolizes the downfall of the American politic, underscoring our need to secede from the Union; or if you think he represents the kind of bold action that should be followed by other bold actions, such as Texas independence, let’s give our best wishes to Kid Rock and to the people of Michigan. Our concern here is to #Texit yall!