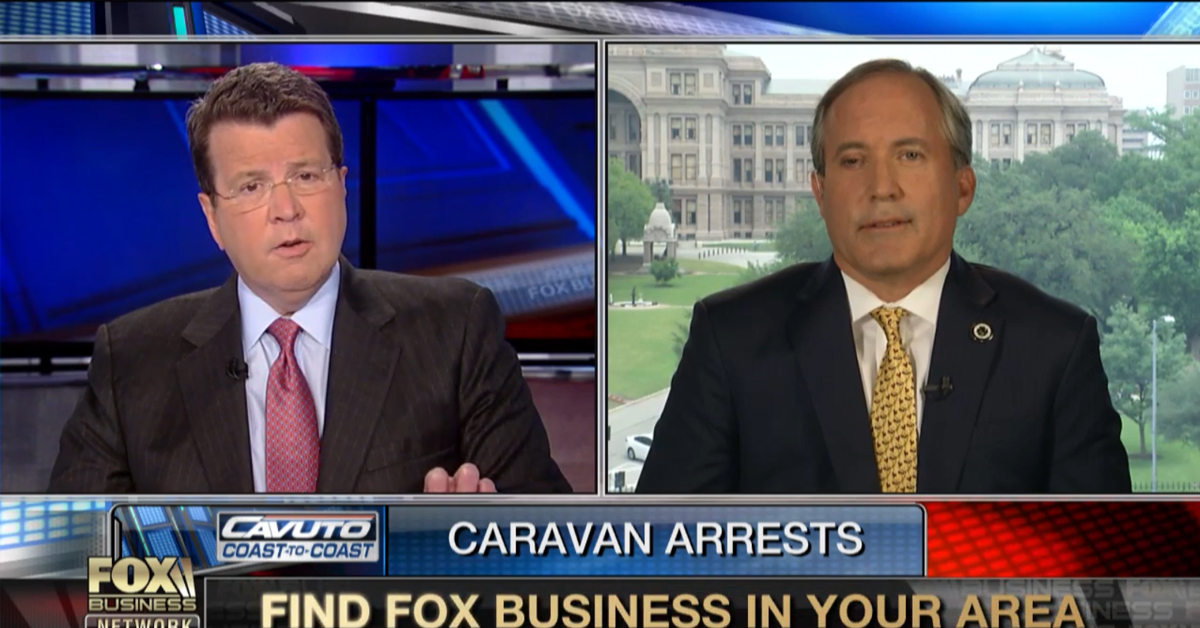 A caravan of under 1,000 would-be U.S. immigrants from southern American countries arrived Friday at the U.S./Mexico border, being escorted there by Mexican police. There the “asylum” seekers were informed by lawers on “the U.S. immigration system,” and were sheltered in place while demanding entry at the Californian portion of the border.

U.S. President Donald Trump has been less than receptive to the demands of this group, saying in a tweet:

The migrant ‘caravan’ that is openly defying our border shows how weak & ineffective U.S. immigration laws are. Yet Democrats like Jon Tester continue to support the open borders agenda – Tester even voted to protect Sanctuary Cities. We need lawmakers who will put America First.

Since arriving, according to the BBC, “Eight people were allowed to cross into the US 24 hours after arriving in the Mexican border city of Tijuana.” Also, late yesterday, “US Attorney General Jeff Sessions ordered that criminal charges be filed against 11 migrants – said to be members of the caravan – who were detained for illegally crossing into the US.”

Today, Texas AG Ken Paxton appeared on Fox Business’s Cavutu: Coast to Coast to give his take on the situation and how it compares to similar cases of asylum-seeking at the Texas border.

When Cavutu quoted how the numbers for asylum seekers has risen in recent years (5,000 cases in 2007 to 80,000 cases in 2017), Paxton responded skeptically, doubting that those numbers represented genuinely oppressed people:

Well, I think these immigration groups, I mean, they’ve figured it out. They know what the law is. They coached these people on asylum. It’s certainly a faster, quicker way of getting in the country than waiting your turn by just requesting through the normal immigration process. So, I think that’s what’s going on here: you have immigration groups and lawyers that have figured this out and they’re taking advantage of it.

Both President Trump and General Paxton are correct: this current and on-going flood of illegal immigrants is the result of weak (or unenforced) federal immigration laws, and that open-borders advocates are taking advantage of laws created, not to help economic migrants, but truly oppressed peoples. However, the political determination to fix this problem through Washington does not and will not exist, as evidenced by the decades of ineffective action or plain inaction. Also, because our generous and unsustainable public social safety-net continues to attract illegal immigration, until that is restricted and reformed, people will still try and succeed at entering the Union illegally, it won’t matter how high you make the wall… if that ever happens.

When Texans are polled about the issues that matter to them most, invariably, among the top of those concerns is border security. If Texas wants a secure border, it will only happen when Texas recalls its sovereignty from the Union, reclaiming jurisdiction over this area and implementing the real solutions that Washington it too weak to attempt. Then, with the rule of law re-established and the border secure, I think you will find Texas will plenty generous to those who would be one of us. However, if we fail in this, if we wait on Washington to do the right thing, this will be just another problem we hand down to our children for them to solve.