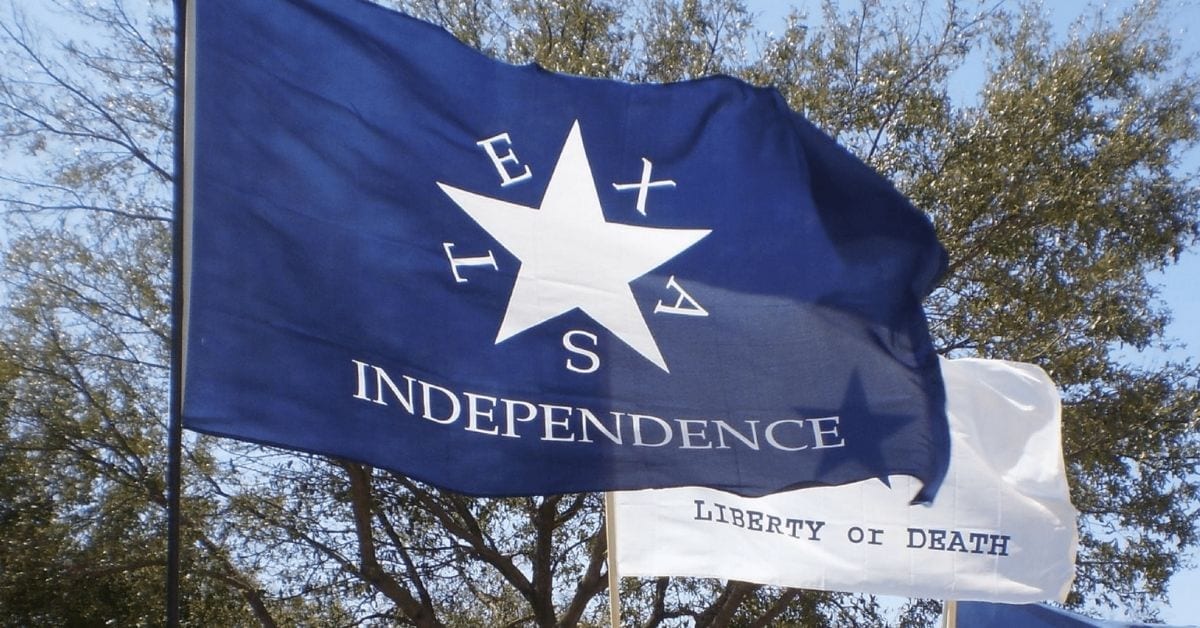 For the last several years, the Texas Nationalist Movement has been warning that if Texas doesn’t separate itself from the United States, we may be caught up in a civil war between disaffected progressives and the established authority caused by the ever-growing insurmountable chasm between the values of the general left and the general right. For many reading the paper or watching the news (not to mention their front window), it may seem that civil war has finally come.

The insurrectionists involved in this conflict are a disparate collection of race-warriors; public university-produced Marxist revolutionaries; and a motley mob out for some mirth, murder, and mayhem after being under COVID lock-up for two months. They are all involved in a war that is spread among over twenty US cities, and every day brings a plethora of stories of horrific violence, property damage, and destroyed lives, with the perpetrators growing bolder and bolder as they learn that nobody will stop them.

Although the media constantly talks about “protestors,” reacting peacefully in response to an unrighteous kill by Minneapolis PD, the fact that many of these peaceably assembled seeking justice often turn violent, or at least those bent on violence seem to find ease in committing their crimes and then melt back into the protestors. In any event, protest is not the main driver today, but riot is.

Every day, the death count mounts, the toll in stolen and destroyed property continues to pile, and the authorities show themselves to be all too feckless to resist the barbarians at the gate.

Additionally, more and more politicians and law enforcement are admitting that all of this isn’t quite as spontaneous as we may have been led to believe. Planning and likely funding went into it. All over the hardest areas, a multitude of brick pallets or water pallets, pre-dropped at key locations to aid the rioter have been found. People are caught on camera handing out weapons or giving money to would-be rioters. And while the usual suspects such as Antifa are undoubtedly involved, both in state and traveling between states to bring down capitalism, a video has also surfaced showing what appears to be police unloading bricks. Make of that what you will, but there are definitely a lot of players involved, and they are effectively over-throwing the normal order and the authority of the places they run rampant on… all to the encouragement of our news media, politicians, and entertainment elite.

Even Texas has not been unaffected. Though our share of the devastation has been so far minor compared to the unholy tally of other states, we’ve certainly not escaped unscathed. Dallas, San Antonio, and other places have seen some smaller amount of devastation. In the Alamo city, some of the mob even tried to invade the Alamo but were held back by State authorities and armed volunteers, there to protect the recently tagged Cenotaph.
The Federal Government seems so far powerless. President Trump has offered military protection to all states that ask for it. He has also offered to send it without permission if not requested, an unconstitutional tradition that goes all the way back to the Whiskey Rebellion of 1791 when Washington took the sly advice of blackguard Hamilton, the unconstitutional devil on his shoulder. Besides weighing the ramifications of such violations, the greater involvement of Washington always brings with it a stench of further centralization and subjugation. Do not seek its help.

The current state of events seems bleak. While the government hopes the rioters will run out of steam so they won’t have to shoot any of the thieves, killers, and destroyers; while Washington wants to let slip the dogs of war within this continent; and while the rioters return each night with renewed vigor, there yet remains hope. In 2008, this author wrote the following:

“The only hope for amity in America is for states to be free to peacefully withdraw from the Union if they believe it no longer works for their best interests; we’d better come to terms with that, and soon. Though some may argue that the first civil war was caused by states exercising their right to secede the Union, a second one could occur because we failed to consider secession as an option.“

We’ve tried too long to force the incompatible beliefs of the left and the right to coexist under the same roof. The failure of this experiment is laid bare with every building set afire, with each store looted, and with every execution of an innocent. We need to cut loose this madness by leaving the U.S.A. The time has come for Texas to blaze a trail of its own, to create a place that respects Liberty and truly fetters government and government actors from mischief; a place where the enemies of Life, Liberty, and Property are swiftly dealt-with without destroying our laws; a place where men of all races are bound together as fellow countrymen with the values of hard work, goodwill, respect, and freedom. The time has come to leave the chaos of the United States and become solely Texans once again. For when we consider the violent alternative, is there really another choice?

In this article:Monument Protection, Texit