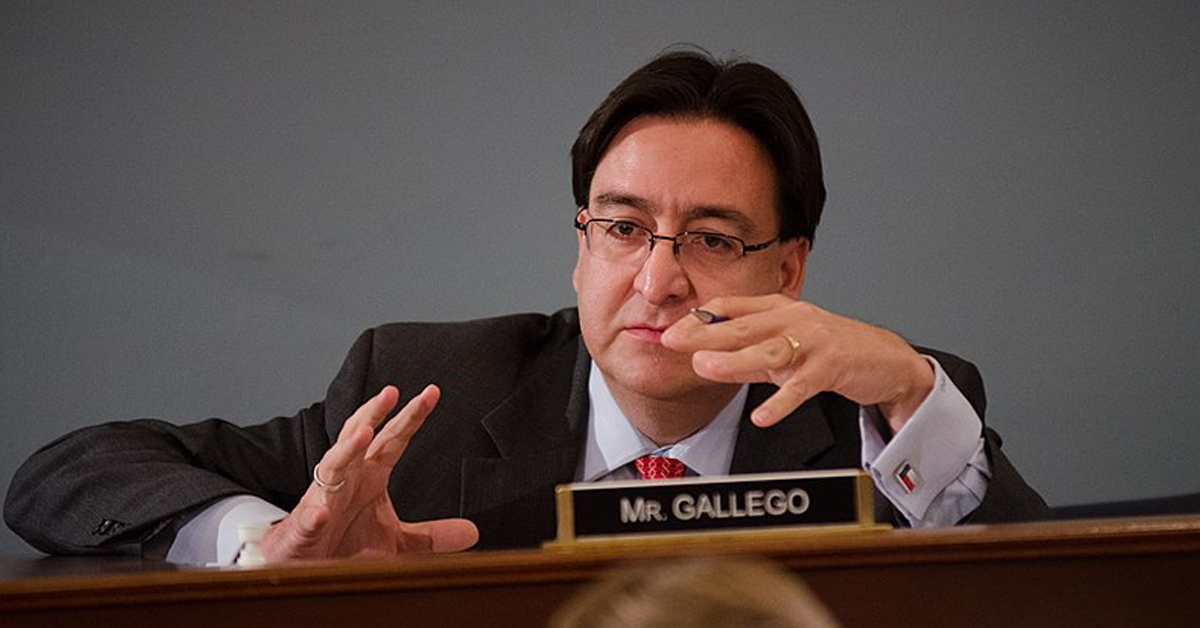 Photo from U.S. Department of Agriculture.

The Texas GOP yesterday sued to have Democrat Pete Gallego kicked-off the ballot for the Texas Senate District 19 special election, alleging he has not established proper residency within the district that he hopes to represent in the Texas Legislature.

SD 19’s senate seat was recently vacated when the felonious Carlos Uresti resigned after he was convicted of multiple federal fraud charges. When he did, it created a vacuum of power that multiple contenders sought to fill in July’s primary. Emerging the top contender on the Republican side was former state game-warden and Uresti’s opponent in 2016, Peter Flores. On the Democratic side was Pete Gallego, the former U.S. Congressman and a perennial candidate. However, cited in a lawsuit to prevent the Texas Secretary of State from certifying the candidates for September’s special run-off election, the GOP questioned Gallego’s qualification based on his known legal residency.

‘Pete Gallego lives in Austin with his family, receives a homestead exemption there, and has twice sought loans from federally insured banks on his house.  The voters of Senate District 19 have suffered enough from elected officials disregarding the law and the last thing they need is another elected official with legal questions swirling around.’

‘Pete Gallego continues to be a major offender of the corrupt practice of running for an office in a district in which he does not live. His willful deception of the voters, and possibly his banks, is a blatant insult to the voters of SD 19, a slap in the face to election integrity, and arguably fraud. This farce must come to an end so that the voters of SD 19 can be represented by an honest elected official who truly lives his life in the Senate District he seeks to represent.’

Although the election is currently going ahead with Gallego in place and September 18th as the chosen day for the election, the Texas GOP has not conceded this matter. RPT Communications Coordinator Sam Pohl indicated that the  legal team for the state Republican Party will continue to press forward with their challenge to Gallego’s eligibility until he can properly verify that his residency meets the legal requirement or he’s no longer a candidate in this race, telling the Partisan, “It’s important for the residents of SD 19 to be represented by someone who lives in SD 19.”