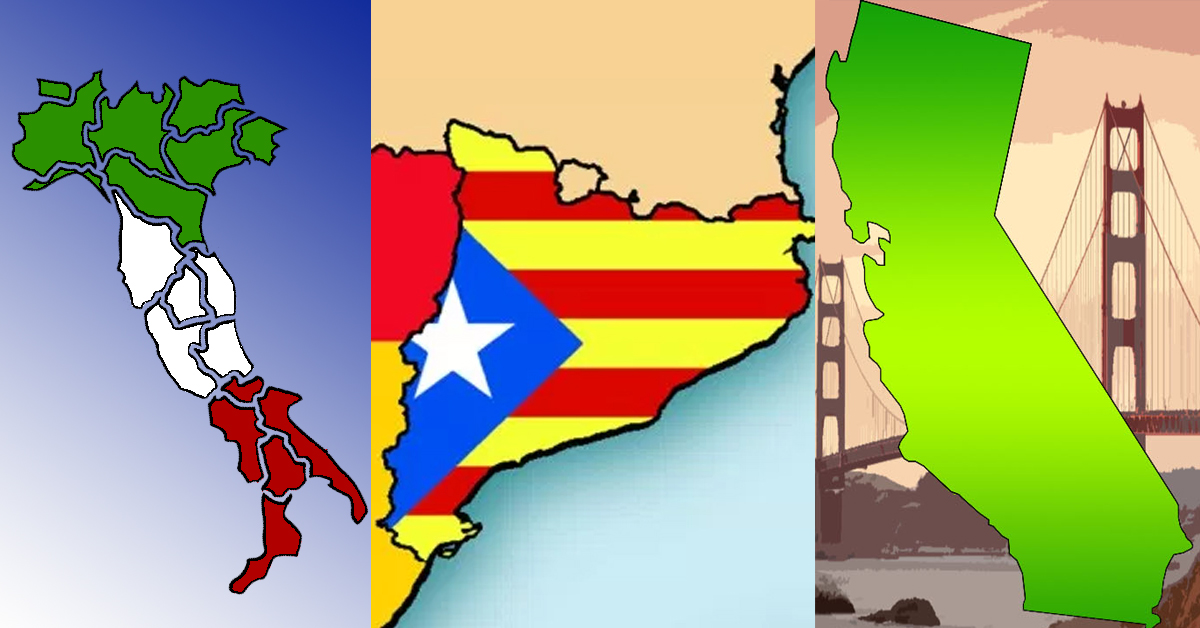 Wherever you go in this wide world, there is a palpable awe that is unmistakable. Though the globalist elites from the U.S. to the E.U. want to pretend that it doesn’t exist, there is a growing ethos of Liberty, pulling the nations of the Earth away from giant, bloated Unions to decentralized nations where the citizens have more say in how they are governed. The past few weeks have testified to the fact that governments do indeed draw their authority from the consent of the governed, and it is the people, not politicians and bureaucrats, that are truly in charge.

In Italy, after not giving any single party a majority in Sunday’s election, it is starting to look good for a coalition government between the League and the Five Star Movement. The League is a Euro-skeptic party interested independence for the wealthier Northern Italy, while the Five Star Movement is a populist group concerned about immigration. Though the Washington Post reports they have some issues to work out, we could very soon see a secessionist party sharing control over a major EU member-state.

This week in Catalan, it seems that the people there are undaunted by Madrid’s insistence that the region stay under their thumb, as the Catalonian parliament elects as president a “hardline secessionist.” Quim Torra, which the Guardian describes as “an uncompromisingly pro-independence MP who joined parliament six months ago,” was narrowly elected. Torra still acknowledges deposed and exiled President Puigdemont as the true leader of Catalan. And although the incoming President hasn’t called for any sort of civil disobedience, he has vowed to continue working towards the goals of independence, and that “’Defending the republic means defending every one of us.’” If the recent repression by the Spanish regime was meant to convince the Catalan to abandon their hope of independence, it has evidently failed.

Back in the states, a few independence options have been given the go ahead to start collecting signatures for an upcoming initiative. In California, the CALEXIT movement to have the whole of California secede from the Union was last month cleared to begin their effort. However, that’s not the only self-determination initiative that might make it into the voting booth. Timothy Draper’s plan to split California into three separate states is also in play. Both have until “mid-October to gather 365,880 signatures of registered voters” to make it onto November’s ballot, but It really would be something if both initiatives pass!

The spirit of self-determination is clearly alive and well in the modern world, from Italy to California. Those who had hoped it would vanish after Brexit are likely very disappointed. However, the only obvious down-side is the shame Texas may feel if California beats us to independence! I guess we’ll have to learn to be patient… for just a bit longer.