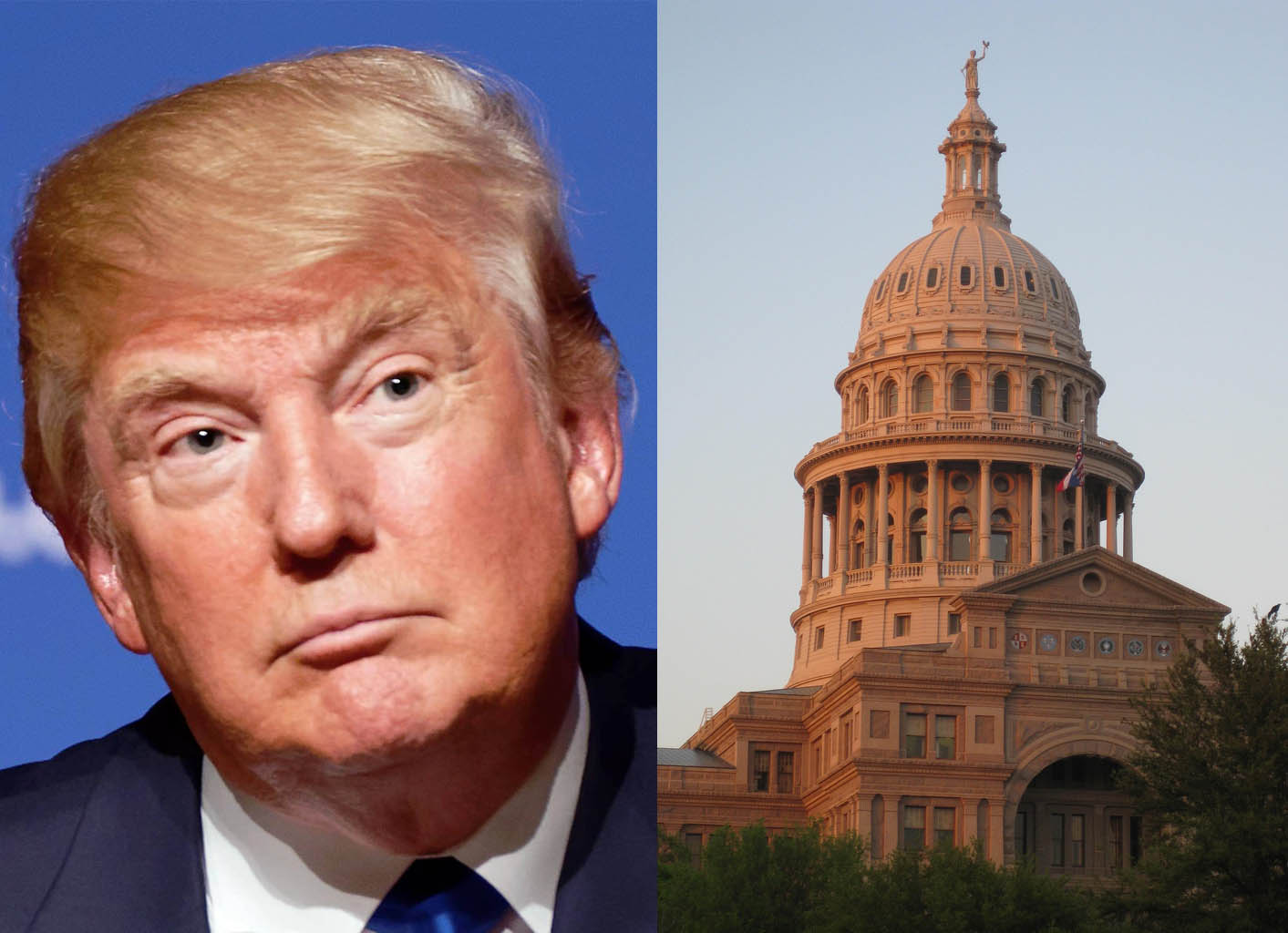 Inauguration day is fast approaching. It’s hard to believe (since the election seems like yesterday) that in a week’s time, the United States will have a new President. While we prepare for the coming event, one very important fact has been lost in chaotic months following Donald Trump’s upset victory over Hillary Clinton: all the pressing issues; the the Union’s crippling debt, it’s slide from the Constitution and limited government, and the constant interference in the self-rule of the states by federal judges and regulators all… still… remain. Sadly, those looking to Trump and the Republicans for solutions may be in for a disappointment. Trump has, to date, articulated no concrete plan to deal with many of these issues, nor convincingly given indication that their resolution is important to his agenda. Meanwhile, the Republican Congress sends all kinds of mixed signals about reforming government. However, building support in the Texas legislature is a referendum that could give the Texas people an alternative to simply rolling the dice on Washington and its empty promises: Independence.

The bill, which has yet to be introduced, declares that, “A referendum is to be held on whether Texas should reassert its status as an independent nation or remain a member of the United States,” to be voted on “no later than” December 31, 2018. If the result affirms that Texas should return to being a nation once more, this bill calls for the Texas legislature to create a plan, within 12 months of the referendum, for the withdrawal of Texas from the United States. This term of one year should give the Texas Legislature enough time to craft solutions to most major issues regarding Texas’ return to independence. Additionally, the less-than-two-year period within which the referendum must occur should amply allow for Texas to consider the realistic advantages of independence as well as provide time for Washington to demonstrate that even the loss of Texas to the Union isn’t motivation enough for it to substantially reform. After all, the many earnest efforts by Texas and other states to reverse the erosion in Washington in past years have amounted to little else than speed bumps on the road to American authoritarianism and economic ruin. Even with an outsider like Trump at the helm, the problems of Washington have been allowed to fester so long, and the special interests and bureaucracy have become too entrenched, that the best any U.S. President could hope for is to smoothly manage the Union’s decline.

It has become abundantly clear, through decades of degeneration, that solutions must come from the Brazos, not the Potomac. According to Steve Baysinger, retired US Air Force Lieutenant Colonel and Legislative Liaison for the Texas Nationalist Movement, “the only hope for Texas, the one and true path to Texas’ salvation, is a free and independent republic of Texas.” While the federal government desperately looks for ways to avoid keeping its promises to the voters, Texas could instead be addressing the pressing issues that D.C. will not. Instead of sending hundreds of billions to the federal money-pit, we could use those funds to aid our nation while we unleash Texas’ economic engine from her regulatory fetters.  Instead of accepting the new normal of an overbearing and inept government, we could re-enshrine individual liberty, limited government, fiscal sanity, and self-determination. If we want a brighter tomorrow, we can’t wait on Washington. We must do it ourselves. That’s OK! Texas prefers it that way.

This 2017 legislative session, we have a real opportunity to declare to the U.S. and the world that Texas is better off on her own, deciding her own affairs, securing a future for her own children. Call your state legislators. Tell them that you support the referendum on Texas independence, and ask them to do the same.