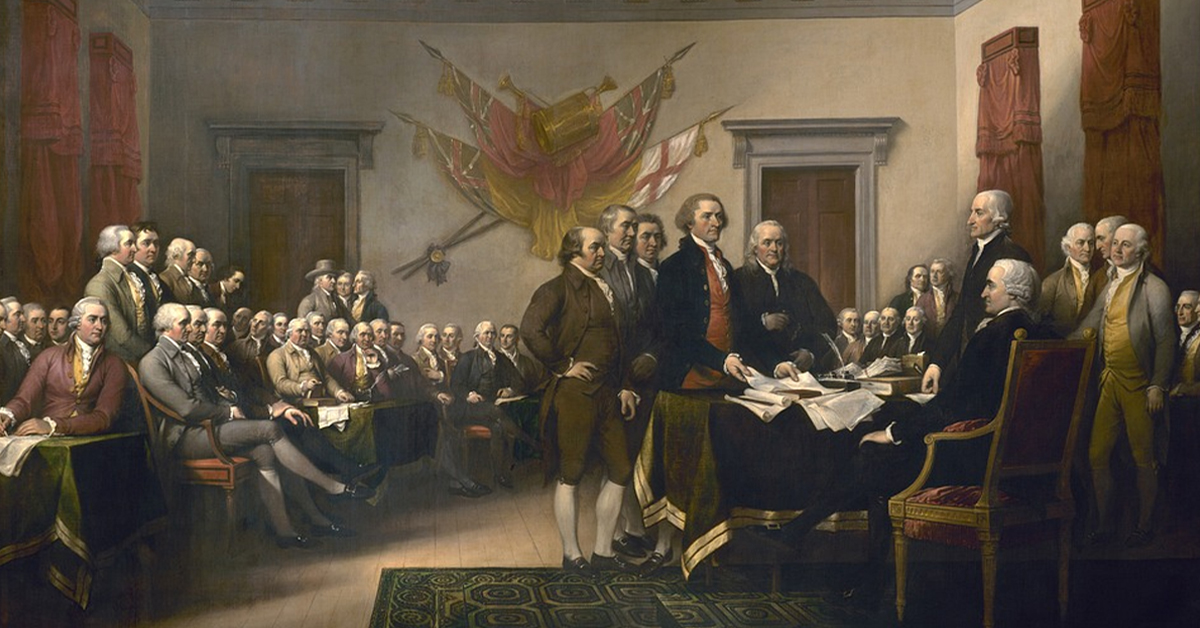 If you remember your American History, and the days of the revolution, you may remember a certain speech by founding father Patrick Henry. Henry was drawing parallels from history of how kings and would-be kings suffered great loss for trying to usurp the rights of their subjects. He said that Caesar had a Brutus, Charles the First had a Cromwell, but when he got to current reigning monarch, George III, he was interrupted by cries of “’Treason!’” assuming he was calling for the assassination of King George. However, in finishing the sentence that began with “’George the Third,’” he said, “’…may profit by their example. If this be treason, make the most of it.’”

It comes up now and again, from no-doubt patriotic (but uninformed) Americans, that seeking Texas Independence is in some way treason. In fact, very recently in Texian Partisan Facebook comments, one reader made a similar claim about our particular solution to a federal government that is consistently in breach of contract with the Texas people. Well, simply put, it is not treason. However, under the circumstances, I thought now would be an appropriate time to revisit this topic, to inform new readers that what we advocate for is not treason, but the legal right of all peoples.

The U.S. founding fathers were careful with defining treason in the Constitution (the only crime outlined there). They had to be because, for a time, for their actions in defense of natural rights against the tyranny of Great Britain, they had been deemed traitors. The U.S. Constitution defines treason as “levying war against [the U.S.], or in adhering to their enemies, giving them aid and comfort.” That’s very specific, and the Texas Nationalist Movement and Texian Partisan are promoting neither of those things. What we are promoting is a peaceful political solution, in that the People of Texas have the right to choose whether they stay with a Union that every day finds innovative ways to operate outside of what is constitutionally permissible or to forge a new path, reclaiming the sovereignty we're slowly losing and once again take our seat among the nations, just as Sam Houston predicted that one day we would and ought to do.

Secession, in addition to being a natural right predating the U.S., it is also a legal right via the U.S. Constitution (9a and 10a), which denies the federal government the power to claim or restrict powers not enumerated it by the Constitution, relegating all other powers to the states or people (including the power to leave the Union). Also, secession is a right reserved by Texas via the Texas Constitution (Article 1, sections 1 and 2), which defines all governmental power as the People’s, that they have the inalienable “right to alter, reform or abolish” that government. However, it also says that the continuance of Texas in the Union depends upon ”the preservation of the right of local self-government, unimpaired to all the States.” If we’re honest, will admit that latter point hasn’t existed in a very long time.

The United States was founded on secession; that is an inescapable fact. To claim that secession is illegitimate or not allowed is to deny the legitimacy of Washington itself to exist. We hold with the U.S. and Texian founders that no contract is one-sided, that one party has carte blanche to do whatever they please while the other must be contractually bound, stoically taking what's coming to them. Sometimes “it becomes necessary for one people to dissolve the political bands which have connected them with another and to assume among the powers of the earth, the separate and equal station to which the Laws of Nature and of Nature's God entitle them." One may disagree that that time has come, but let's be careful about throwing around labels like traitor, likening concerned Texas citizens to Chelsea Manning, the Rosenbergs, or Tokyo Rose. What we are concerned with is Washington’s treason to the Constitution, and for that, it is a just thing for Texas to take her ball and go home.

And just for good measure, listen to Judge Napolitano on this topic in a clip from the Joe Pags Show.