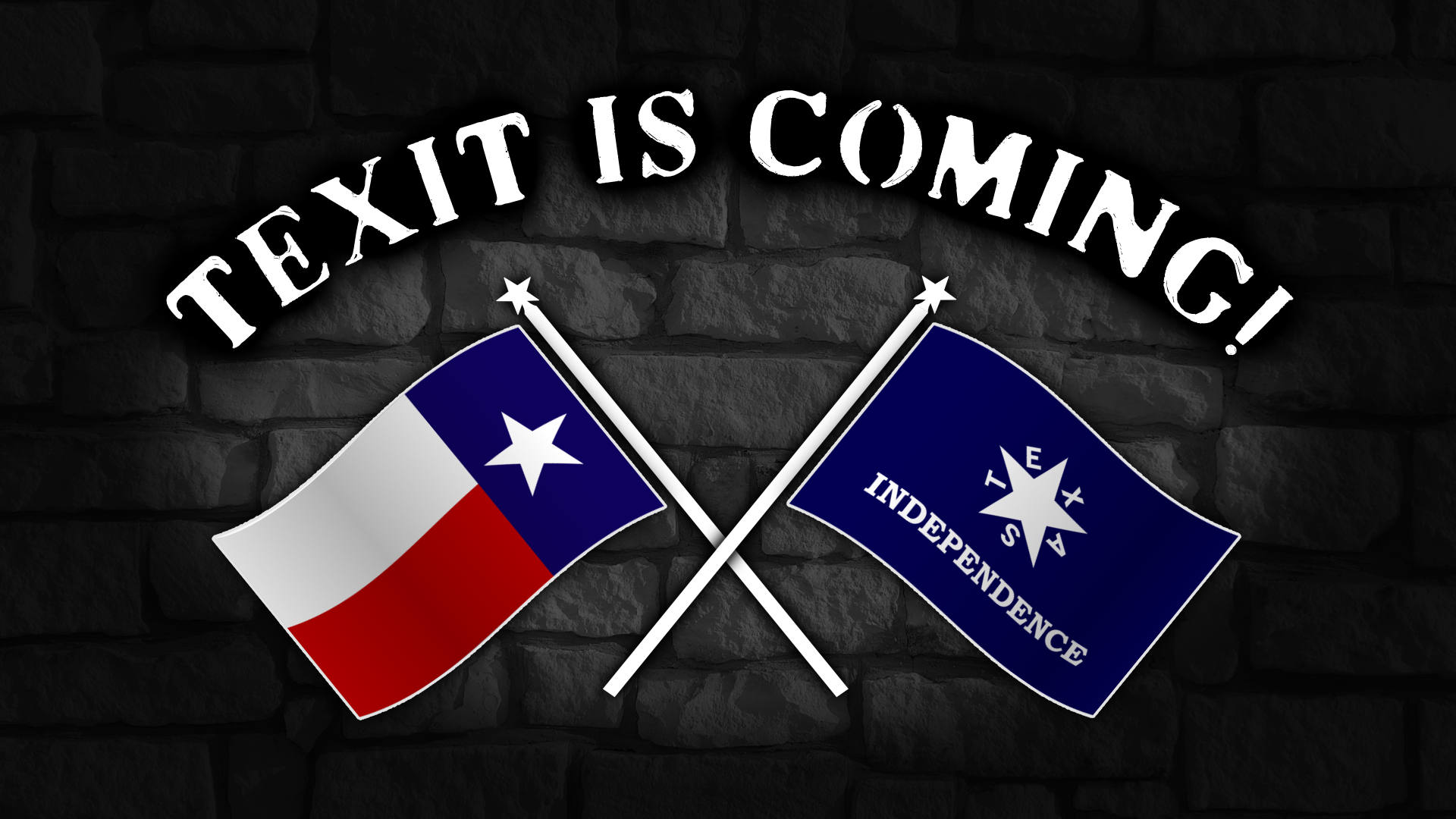 On election day at rush hour, what message was flying around the Texas Capitol?  Texit is Coming!

The plane-pulling-a-banner trick has been around a LONG time, but it’s still a good one.  Throw in election day partisan wrangling, a city whose motto is to stay weird, and the ingenuity of the Texas Nationalist Movement, and what do you get?  You get a “TEXIT IS COMING” banner flying over the capitol city at rush hour on Election Day.

Why is that important?

Because regardless of whether your team wins or not, regardless of whether you voted or not, regardless of who wins the US House or US Senate, today’s vote won’t make Texas better off in the long run.  How do we know this?  Because Texas has been “red” for nearly 30 years.  Texas has been represented in the Senate by John Cornyn since 2002, and by Ted Cruz since 2013.  During that time we’ve had a Texan as US President in George W. Bush, as well as two serious presidential contenders in Rick Perry and Ted Cruz.   We’re going to have the same governor for the next 4 years that we’ve had the last 8 years. Has the Federal government improved in that time?  Has Texas had more “wins” than “losses” at the Federal level?  Clearly not.

Texas doesn’t need a “red wave.” It doesn’t need a “blue wave” either.  While I personally believe that the red team holding the line in yesterday’s Texas elections is good for the state, “holding the line” won’t change the status quo. The best people to govern Texas are Texans.  Texas alone needs to fix Texas’ problems.  We need a Lone Star wave, and it’s coming.

Only an independent Texas can close the border.  Only a free Texas can stop unsustainable deficit spending.  Only a pragmatic Texas approach can solve the energy crisis that’s caused entirely by the difficulty of EPA permitting and the federal government’s green agenda.  Think about it.  Regardless of who is in the White House, or who controls the chambers of Congress, have any of these issues substantially improved in the past 50 years?  Why would you think that “voting” to keep participating in the same system would suddenly solve the problems?  The only way out, is OUT!.

The only way for Texas to rise above the dysfunction of the Federal government is to leave.  It’s the only reasonable way forward.    Voting “one more time” for the same bad choices, or even sending our best people to fight against a corrupt system from within won’t change anything.  A truism from the mental health world is “If you do what you’ve always done, you’ll get what you always got.”  We’ve been voting for centuries now.  We’ve been sending qualified candidates from Texas to participate in the Federal government since 1845.  We’ve been sincere in our efforts, but overall unable to influence the downward spiral.

Voting more sincerely isn’t going to cut it.  Sending “better” candidates won’t either.  We have to do something radically different, or we’ll keep getting the same dysfunctional result.  Texit is the only viable solution.  As TNM President Daniel Miller says, “Texit is inevitable.  The only thing we’re debating is the timeline.”  Texit is coming, and election day is a great day to spread that message.

If the idea of Texas independence appeals to you, start your journey by visiting the Texas Nationalist Movement website, www.tnm.me.  If you have questions, start with the same website and focus on the video content.  If you’re opposed, you’d still better get ready: Texit is coming.

In this article:austin, featured, Texit