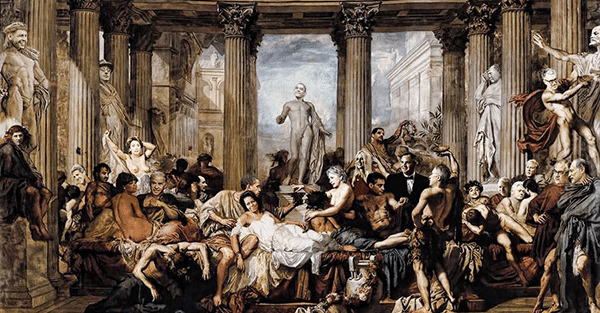 In late January of the year 98 AD, after decades of turmoil, instability, inflation, and war, Romans welcomed a prominent solider named Trajan as their new Emperor. Prior to Trajan, Romans had suffered immeasurably, from the madness of Nero to the ruthless autocracy of Domitian, to the chaos of 68-69 AD when, in the span of twelve months, Rome saw four separate emperors. Trajan was welcome relief and was generally considered by his contemporaries to be among the finest emperors in Roman history. Trajan’s successors included Hadrian and Marcus Aurelius, both of whom were also were also reputed as highly effective rulers. But that was pretty much the end of