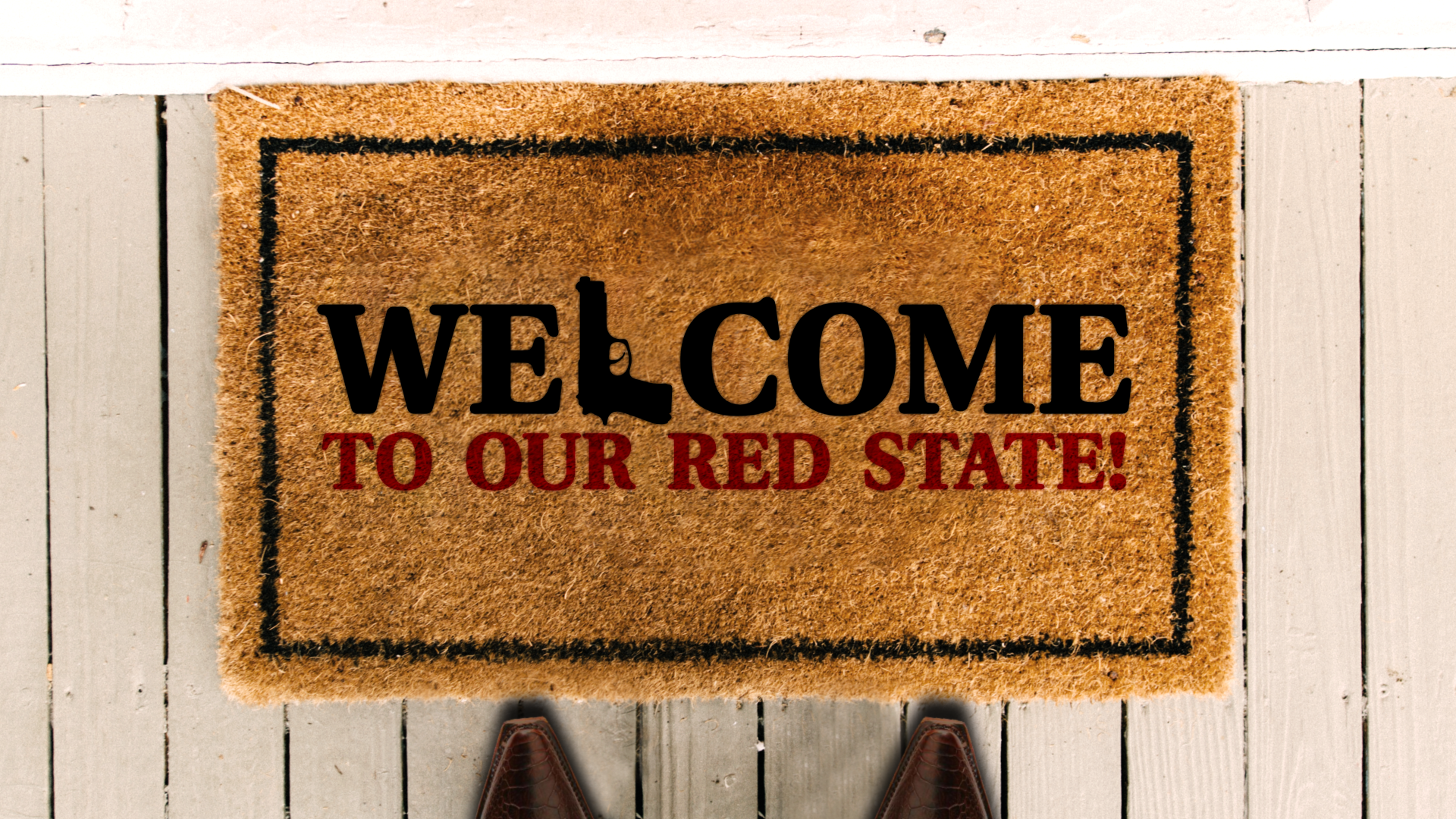 According to a recent story in the Washington Post, at least 20 gun manufacturers over the past decade have moved their companies’ productions and operations from states that place restrictions on Second Amendment rights to states with more fundamental, constitutionally-rooted attitudes towards firearms and ammunition, like Texas.

A new (2022) report by Visual Capitalist shows more companies hold gun manufacturing licenses in Texas than in any other U.S. state. Expectedly, large states like Texas and Florida are home to the most firearms producers; but per capita, Wyoming, Montana, and Idaho lead the way in terms of numbers of licensees. These numbers highlight a growing trend: Gun manufacturers are moving from the Northeast—the historic cradle of the American Revolutionary War—to southern and western states.

The U.S. Bureau of Alcohol, Tobacco, Firearms and Explosives (ATF) released a comprehensive report, showing between 2000 and 2020, the number of domestically manufactured firearms produced on an annual basis per 100,000 persons in the U.S. increased by a staggering 187%. During that same time, the U.S. population only increased 18%. Per the ATF report, at no point since 2011 has there been a year where fewer than 6,731 ,958 firearms were manufactured for domestic consumption.

In terms of market size—as measured by revenue—the Guns and Ammunition Manufacturing industry sits at $21.1 billion annually, as of 2022. According to IBISWorld, a comprehensive industry-market research database, the market size of the Guns and Ammunition Manufacturing industry in the U.S. continues to increase faster than the country’s manufacturing sector overall. The primary factors affecting the industry’s growth are local and state government investment and non-NATO defense spending.

Jim Harmer, owner of Backfire, LLC and host of the Backfire YouTube channel, published (August 2022) a list detailing where gun makers manufacture their firearms. Acquiring this vast data can make the creation of such a list a challenging endeavor; so Harmer’s catalog is not an absolute, complete directory. Nevertheless, Backfire cites 41 firearms companies that currently manufacture guns in the U.S. The bottom line: Market size of the Guns and Ammunition Manufacturing industry in the U.S. continues to increase at a faster rate than the U.S. economy overall.

Despite the dramatic increase in the U.S. populace’s measurable desire to exercise their Constitutional right to gun ownership, several Democratic blue states have enacted what many consider to be draconian firearms legislation, placing restrictions on what types of firearms customers can purchase, while also passing regulatory restrictions that interdict in the gun manufacturing process.

Such measures have instigated a movement of companies relocating from blue states to Republican red ones, where more constituents typically vote for policies that embrace individual liberties. Some point to tax breaks as an incentive for the relocations; but spokespersons for these companies more often pointed to the push for stricter gun laws in many of the Democratic-leaning states. The trend has been emerging for at least a decade.

One of the first firearms/firearms-related companies to relocate from a blue state to a red state was American Tactical Imports, who left New York for South Carolina. A prime reason for the move, as released in a company statement:  It was important for a firearms importer and manufacturer to do business within a state that is friendly to the 2nd Amendment rights of the people.

That same year, Kahr Firearms Group also called it a day in New York, taking its business and employees to Pennsylvania after New York’s passage of the Secure Ammunition and Firearms Enforcement, or NY SAFE Act. Governor Andrew Cuomo described the new code as the toughest gun control law in the United States.

Not long afterwards in 2014, Remington Arms—also citing New York’s tough gun control laws—made the decision to expand into Alabama. Remington, having operated in New York since 1816, described New York’s state policies as “affecting use of our products.” More recently in 2021, Remington Firearms announced it would transfer its global headquarters to Georgia.

Also in 2014, the nation’s oldest family-owned firearm manufacturer, Connecticut-based, O.F. Mossberg & Sons, significantly expanded its Texas factory after the state of Connecticut passed a gun-control bill banning the company’s most popular products. Mossberg maintains its corporate headquarters in Connecticut, but almost all of its firearms are manufactured in Texas.

During this same time-frame, Democratic Gov. John Hickenlooper of Colorado enacted a law prohibiting the sale of gun magazines that hold more than 15 rounds. This prompted one of the U.S.’s largest producers of ammunition magazines, Magpul Industries Corp., to permanently depart Colorado and take its operations to Texas and Wyoming. At the time of the move, Magpul’s CEO explained politics and business were behind the company’s decision to relocate: “Moving operations to states that support our culture of individual liberties and personal responsibility is important. This relocation [from Colorado] will also improve business operations and logistics as we utilize the strengths of Texas and Wyoming in our expansion.” Today, a good portion of Magpul’s shipping and manufacturing is based out of Cheyenne, Wyo., while its headquarters are located in Austin, Texas.

Beretta USA moved its manufacturing, research, and development departments from Accokeek, Md., to Gallatin, Tenn. in 2015. Not unlike other firearms manufacturers before them, Beretta credited Tennessee’s pro-Second Amendment and pro-business attitudes for the company’s move.

Fast-forward several years, and politicians in blue states have learned little when it comes to keeping the world’s foremost firearms manufacturers in their states. In 2019, Stag Arms pulled out of Connecticut for Wyoming; in 2020, gun maker Kimber Manufacturing departed New York for Alabama; and in September 2021, Smith & Wesson announced it was shutting down its headquarters in Massachusetts and moving to Tennessee. The company told its investors deciding to leave was “extremely difficult, but we feel that we have been left with no other alternative.”

Dark Storm Industries, a New York-based firearms manufacturer specializing in sporting rifles, announced in 2021 its plans to relocate manufacturing from New York to Titusville, Fla. and to expand its operations into the Sunshine State. In a press release, the company’s CEO stated: “The combination of economics and a friendlier political environment made the decision to build our new headquarters and manufacturing plant in Florida an easy one.”

In July 2022, 80% Arms, Inc., a company that “manufactures premium [parts] which allow any law-abiding citizen to build their own firearms at home,” released the following statement: “Due to the increasingly hostile climate towards the firearms industry in California, we have decided to leave our home state for Fort Worth, Texas. Until the California legislature recognizes the harm they are doing to the individual freedoms of the average taxpayer, we don’t believe we would be serving the best interests of our customers and stakeholders by remaining in the state.”

While the decision to hang their shingles in red states instead of blue states makes smart business sense, the issue goes far beyond economics. The firearms industry in the U.S. brings with it a hefty amount of symbolism. For most Americans, the right to bear arms is foundational to our inherent rights as citizens in a free society. As blue states continue to create more authoritarian, populace disarming gun laws, the trend of gun and ammunition manufacturers moving to red states will continue.

Texas is well positioned when it comes to gun manufacturing, which will be to her benefit in many ways.  Once Texas is free, we will be well positioned to be self-sufficient in our arms manufacturing.  It’s hard to imagine a Texas-style set of gun regulations wouldn’t be attractive to more companies as well.   As long as the blue states keep running off gun builders, we’ll keep the welcome mat out for them.