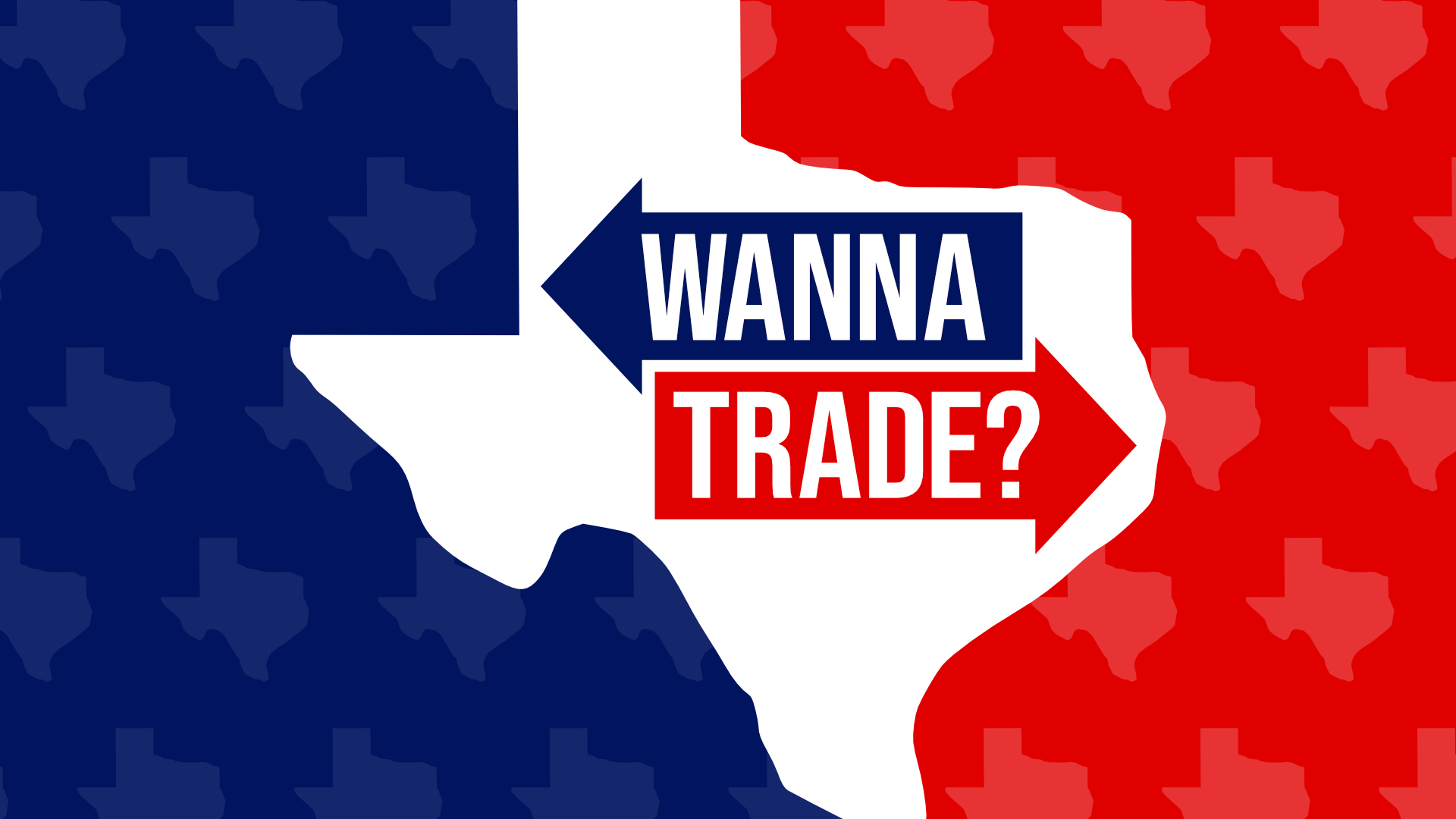 Brittney Griner has arrived back in the United States following a U.S./Russia one-to-one prisoner exchange for “Merchant of Death” arms dealer, Viktor Bout. The WNBA player had been held for months in Russian prisons on drug charges. This recent swap got us to thinkin’: Once Texas reasserts itself as a nation and gains independence, what trade opportunities could Texas entertain with the U.S.? Here are a handful of suggestions.

Unless you live under a rock, you’re likely familiar with the Austin-born actress turned activist, Amber Heard. In 2022, the Aquaman thespian lost a multimillion-dollar defamation lawsuit to ex-husband Johnny Depp, resulting from a 2018 op-ed she penned, claiming she was a victim of domestic violence. A jury in Fairfax, VA didn’t believe Heard and awarded Depp 10 million dollars  in damages. Since the internationally televised trial, Heard has appeared on multiple “most hated” lists.

In 2017, Academy Award nominated and Emmy Award winning actor, James Woods, tweeted he was retiring from show business after being blacklisted from Hollywood for his conservative views. Following the 2020 Presidential election, Woods stated: “And just like that the rioting and looting has ceased overnight. And now the half of the country that pummeled America like a battered wife is telling her to put on sunglasses, hide her black eye, be a good girl, and ‘come together as one.’” His Twitter account was suspended after encouraging scrutiny of the Hunter Biden laptop story. We think Woods would make a dang fine honorary Texan.

After notching a third consecutive loss loss for statewide office, it would seem perennial candidate, John Francis “Beto” O’Rourke, has exhausted his political future in Texas. Following his most recent defeat in the 2022 gubernatorial race, O’Rourke stated: “I don’t know what my role will be going forward, but I’m in this fight for life. Who knows what’s next for any of us, right?” Perhaps O’Rourke ought to consider that Texans don’t prefer his policy positions, and should migrate somewhere where his ideas are welcome?

Tudor Dixon also came up short in her recent bid for statewide office, falling to Gretchen Whitmer in the 2022 Michigan gubernatorial race. A mother, media personality, and “dabbler” in acting, Dixon campaigned on such freedom-minded issues as: increasing parental rights in schooling; gradually eliminating the state income tax; tightening election laws; and pardoning business leaders cited for breaking the state’s COVID-19 rules. If Dixon is looking to respond to a summons for public service, Texas may be willing to place that call.

Dan Rather for Andy Ngo

Dan Rather grew up in Texas, where his father laid pipeline for oil fields. The family eventually settled into a working-class neighborhood in Houston. He subsequently enrolled at Sam Houston State University, where he studied journalism. So what happened to Rather’s career? After a trail of missteps too numerous to itemize he became a silly, irrelevant correspondent and fake newsman. Rather was ultimately fired from his job as an anchor after questioning President George W. Bush’s military service. The rest is history.

Andy Ngo is a journalist, author, and social media influencer, most known for covering the civil unrest and riots of 2019 and 2020. In August 2020, Ngo provided testimony at U.S. Senate Judiciary subcommittee titled “The Right of the People Peaceably to Assemble: Protecting Speech by Stopping Anarchist Violence.” He considers himself to be center-right (politically) and has recently relocated to London, citing concerns for his personal safety. As a professor, one of my favorite quotes was uttered by Ngo: “Because of the mainstreaming of academia’s victimhood culture, we are now in a place where we place more value on being a victim than on being heroic, charitable, or even kind.”

Texas Monthly for The Onion

Texas Monthly—arguably one of the state’s most prolific publications—describes itself as a “chronicler of life in the Lone Star State” and “explorer of Texas politics and personalities; barbecue and business; true crime and tacos; honky-tonks and hiking.”  Unfortunately for those Texians seeking to read a balanced perspective on Texas politics and culture, TM continues to disappoint a large percentage of the state’s populace by providing biased information on Texas politics.  In addition to a left- leaning bias, they’re way off base on the critical issue of Texas Independence. In its November 2022 publication, featuring a write-up on TEXIT (“Are Texas Republicans Serious About Secession?”), TM stated: “Texas independence would unleash countless other problems.” By all means, do tell, TM; we’re intrigued. The falsities in the article are misguided and numerous, and the Partisan previously addressed them in an article.

The Onion is “the world’s leading news publication, offering highly acclaimed, universally revered coverage of breaking national, international, and local news events. Rising from its humble beginnings as a print newspaper in 1756, The Onion now enjoys a daily readership of 4.3 trillion and has grown into the single most powerful and influential organization in human history.” I’m willing, therefore, to set the wheels in motion for jettisoning Texas Monthly and adopting The Onion, which at least offers an honest misrepresentation of who and what they are.  Acknowledged over-the-top satire is much more Texan than hidden bias against Texas values.

This topic lends itself to conversation.  Who else could Texas trade if anyone in the US wanted them?  Some of our herd of RINOs for some more real conservatives?  We could definitely trade the Dixie Chicks for someone.  Who would you, the reader, suggest?  Be sure and comment with your ideas.

In this article:featured, griner, trade