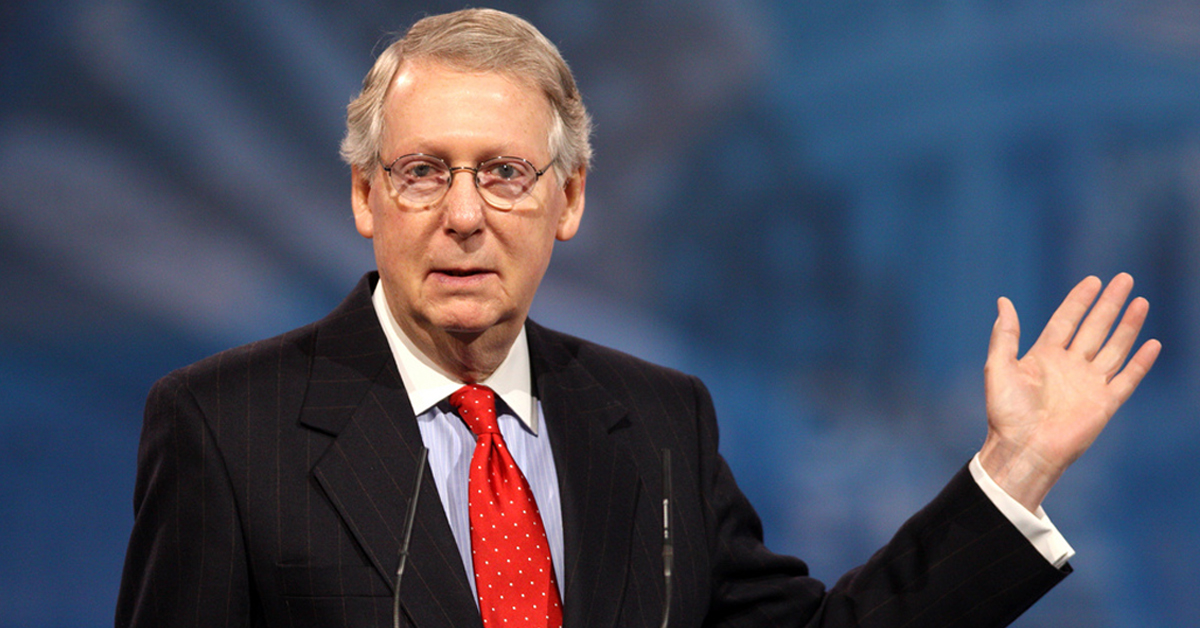 Yesterday in the U.S. Senate we were given quite a show! Mitch McConnell took to the floor to give a rousing speech about keeping GOP promises to the American people. Even John McCain, recently diagnosed with brain cancer, dramatically and emotionally returned to the Senate to cast his vote to begin debate on repeal and replace of Obamacare! So, it’s going to happen, finally! The Republicans are going to repeal Obamacare and return authority over healthcare to the states where it legally belongs, right? Well, not so much.

First of all, what happened yesterday was merely a vote to open debate on the matter. And even doing that required Vice President Mike Pence to cast a tie-breaking vote. Next, the bills the senate is considering doesn’t even repeal Obamacare! That’s right! All this drama, and the stated objective won’t even be accomplished, assuming the GOP is able to hold onto their 50 plus 1 votes.

According to an article in Forbes, the actual bills they are considering will remove the individual/employer mandates and/or the medical device tax, but that’s it. And while removing those three are well and good, it still means that all the draconian regulations of the ACA, all of the rules that drive up the cost of healthcare insurance (such as pre-existing conditions) will stay in place. Furthermore, by removing the mandate without removing the rest of Obamacare, you’ve kept in place an expensive program while removing its funding mechanism. That will necessitate further subsidies from a cash-strapped Washington to keep the program going. How does that make sense? That may be enough for the Republicans to do a victory dance, but when Americans realize that their HC costs will continue to rise, I doubt they’ll feel as elated.

Leaving the lion’s share of Obamacare in place ensures that the medical insurance industry will continue to be strangled, with less and less hospitals/doctors accepting Obamacare, collapsing the remaining ACA co-ops. This will eventually make the government the only act in town, leading to socialized medicine finally becoming a reality in America. That’s right! Obama said that in order to get to government-run healthcare, you don’t get there all at once, and you need a “transitional step,” (e.g. Obamacare). However, it is very clear that we ARE getting there. We’ll have another expensive entitlement in a Union that’s already broke to the tune of tens of trillions of dollars, far beyond remedies such as raising taxes or growing the economy.

Of more immediate concern, that horror-show of the British healthcare system that is slowly killing young Charlie Gard to protect their control over the health decisions of their subjects, you can look forward to that coming here. There is no reason not to believe that giving government such power will not result in cases like Charlie Gard’s happening here.

There is one solution. If before it wasn’t clear enough that our federal government is unfixable, despite which party pulls the levers of power, it ought to be now. If Texas were to reassert her sovereignty as a once again independent nation (as is our right under the Texas and U.S. Constitutions), if we tell Washington that we will not meekly follow them down the road of medical tyranny and other forms of authoritarianism, then we would have a shot at averting what’s coming. If we do nothing, if we stay with the U.S. out of fear of being on our own or out of nostalgia for the free republic that really no longer exists, then we are accepting that the government should make all our most important medical decisions, standing in judgement of whether we’re worth spending money on to heal, whether we should live or die.