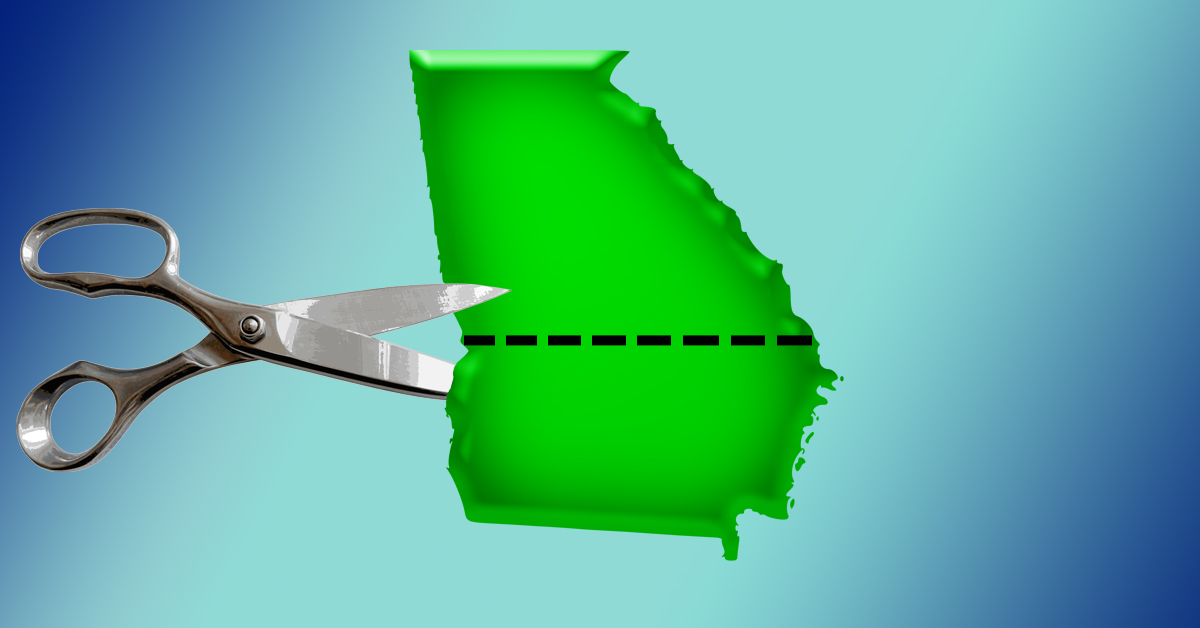 With much of the attention on California and its internal woes, here’s a secession story that you may have missed from the heart of the South. This one, all Texans should take note of.

Reported in Politically Georgia, in Pierce County, local Republican leaders and a notable amount of the party “want the counties south of Macon to secede from Georgia and form a new state.” Last month, the concept appeared on the county’s ballot, garnering “over 27 percent of GOP voters.” There are plans to put this question to all of the voters of South Georgia.

According to the article, the impetus for dividing the Peach State comes from rural Georgians feeling cut out of the state’s economic growth and expanding infrastructure, specifically citing how Georgia has for years withheld the promised expansion of high-speed internet to the less urban areas. Such instances have left many South Georgians to believe their interests are not best being served by staying connected to the rest of the state.

Another frustration for South Georgians is the way their political parties seem to ignore them, choosing to focus on party concerns that squeeze them out. Quoted in the article, one South Georgian bemoaned the way they keep electing the same representatives only to have their support rewarded with a lack of  loyalty to the constituents, contrary to what a voter should expect from a local politician. This situation has some thinking if they had their own capitol in Savannah, one that’s closer and more accountable, then they would be getting the representation they think is fair.

The vexations of Georgia are emblematic of the problems of government when it gets too big. The farther government is removed from the people they’re supposed to represent, the less beholden to their interests they become. Sure, they’ll come back around election time and pretend to care, but once re-elected, their true concerns (party bosses, private agendas, and career advancement) sweep all other concerns aside. This is as true with the federal government as it can be with a state government. The answer to such a problem is decentralization: bringing government back to the people.

Similarly, in Texas, we’re in a horrid situation with the federal government and the State and U.S. officials that are supposed to represent us. Year after year, our concerns get a lot of lip service, but then little happens. The things we care about are slowly strangled while the federal government, clearly having other priorities, uses up our resources and imposes their one-size fits all schemes on us. They’re more than happy to take our money, but we’ll only get what they think is good for us. It doesn’t have to be this way, and it shouldn’t.

I’ve spoken with my share of promising politicians in Texas. Many agree with how our interests are not being served by the federal government and how awful Washington has proved. They may even affirm our right to leave the Union… in the distant future. However, when you speak about leaving the Union now, claiming the reality of our rights under a Constitution long perverted and suppressed by Washington and avoiding such impending calamities as the inevitable ruin of our economy from the Union’s massive debt, they balk. Whether the reason for not pursuing the only sure course of Texas’ salvation sprouts from their lack of vision or merely professional ambition, it is truly tragic. So long as Texas remains attached to the Union, the best you can hope for is Texas continuing to be ignored while Washington accumulates more power over us. The worst (but likely) course we can expect is for the continued societal polarization and fiscal collapse of the Union, all while the politicians and power-brokers jockey for influence, right to the very end.

When we consider what we’re likely to lose by staying connected to the Union, the idea of resigning our membership from it seems a far-less risky venture than remaining does. Now, we just have to get our politicians to follow their own conviction to its natural conclusion, that Washington is a clear and present danger to the just rule and freedom of Texas. Similar to the what South Georgian leaders are now discovering about themselves, it is inescapably logical that Texans should run Texas.