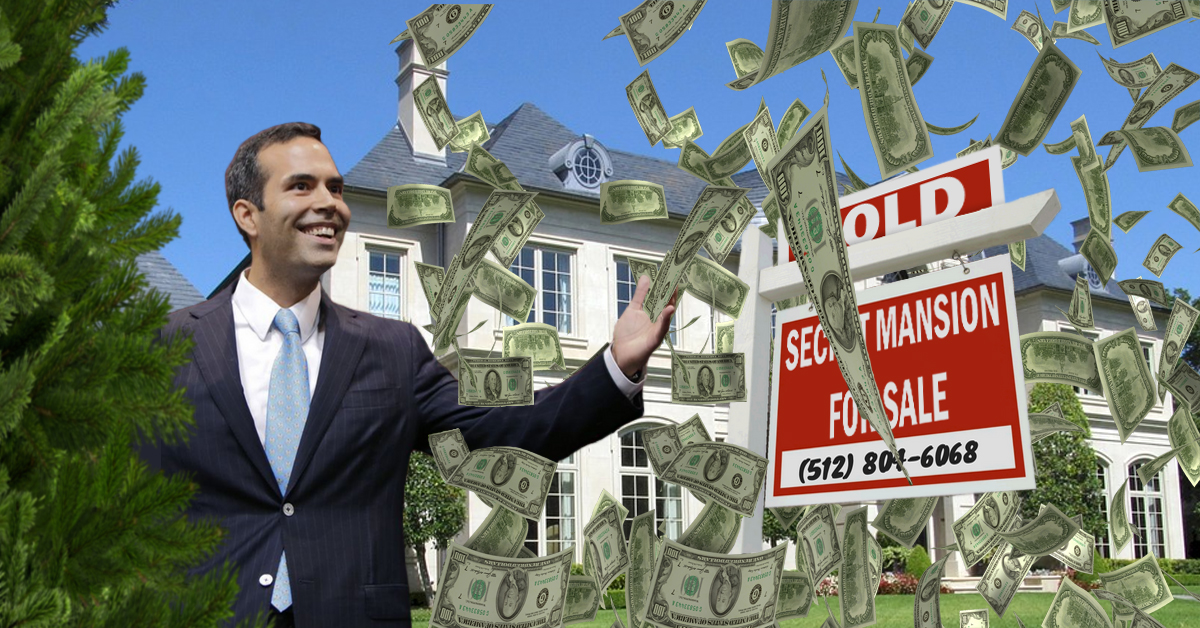 Poor George! He just can’t seem to stay out of the headlines! Today, reported in the Tribune, it seems George P Bush, embattled General Land Office Commissioner, is now accused of owning a secret mansion, carefully kept off the books both geographically and financially. Of course, when I say he owns it, I mean a family trust owns it, paid for with a loan from a campaign donor’s bank.

So, how is this a problem? Well, the appearance of it is problematic by itself: The Bush family using its political connections to financially benefit one of their own. However, the secrecy with which it was handled may actually be… illegal. The Tribune weighed in:

Under Texas law, candidates must disclose a “beneficial interest” in real estate, along with any loans over $1,000. But it’s not clear if those obligations apply to the kind of trust the Bushes set up. Bush aides say they don’t, and an official at the Texas Ethics Commission said the agency apparently has not yet encountered this type of scenario.

Naturally, Bush cites death threats as the reason for being secretive, and his people were quick to dismiss the story’s conjecture of wrong-doing while promising to amend his “ethics filings.” Surely, people can understand if Bush didn’t want his address released, but that doesn’t explain it all. Keeping your address out of the phone book is one thing, not disclosing an obvious financial benefit is an entirely other.

Texas Nationalist Movement President Daniel Miller, who earlier this week called on Texas Attorney General Paxton to open an investigation into Bush’s seeming impropriety in handling the Alamo project, had this to say about the latest allegations:

These new revelations about Commissioner Bush are further confirmation that my call to Attorney General Ken Paxton for a formal investigation into Bush, the GLO, and the Alamo are justified. Paxton should not delay.