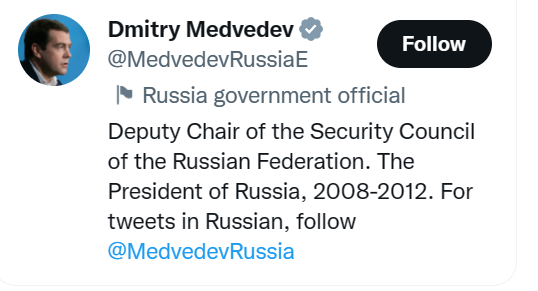 The world is perhaps accustomed to new year predictions, and to Russian propaganda.  This year from former Russian PM Dimitri Medvedev, we got both.

There’s nothing the Russians love more than stirring the anti-American pot.  They want to see the US in decline as a world power, even to the point of experiencing the kind of breakup they experienced in the old USSR. Yesterday former “Russian President” Dmitri Medvedev made a whole list of predictions, many of which are pretty bizarre.

There in the middle of the list at number 8 comes this prediction:

As a person who advocates daily for a free and independent Texas, I find this downright laughable.  Here are several reasons why.

In this article:featured, medvedev, Russia