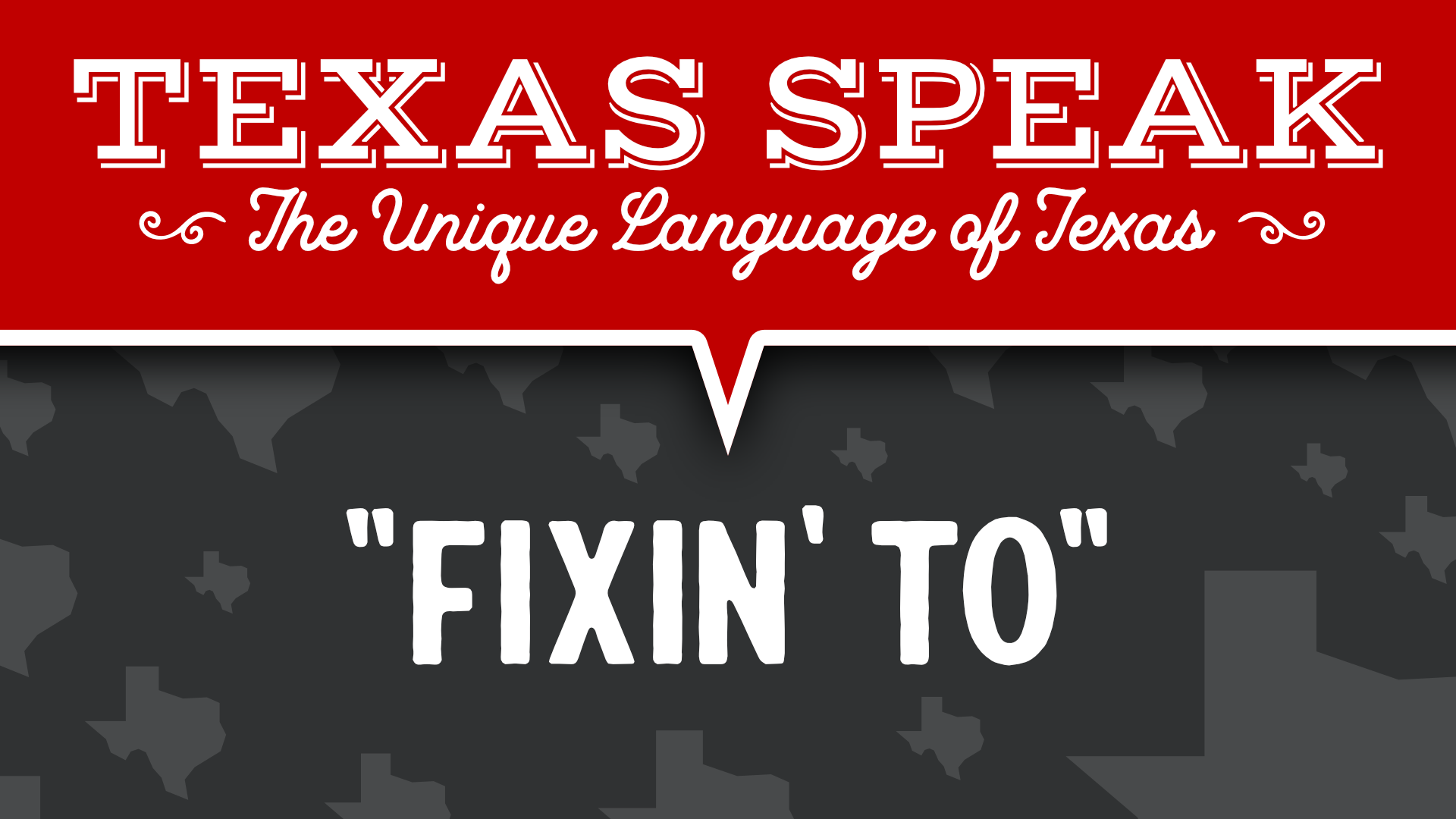 If you intend to do something, but there’s something else that has to be done, you could say you’re “going to,” you’re “planning to” or you’re “about to”.  If something inanimate is involved, it’s not “planning”, as in you can’t say “it’s planning on raining” or “that chair is planning on breaking.”  Enter the Southern and Texas distinctive phrase “fixing to.”  And what in the world does that mean?  You’re fixin’ to find out!

In my search for the best way to explain a phrase I’ve used and heard my whole life, I first came across this study from none other than Yale University.  Now wait just a gol-durn minute… You mean to tell me that “fixin ‘to” is so difficult and mysterious that the folks at an Ivy league college in Connecticut have to study it to figure it out?  Hilarious!  So, just in case you’re like me and couldn’t get into some fancy Yankee school, here’s what they figured out.  I’ll break it down for you.

First off, we can’t honestly claim “fixin’ to” as uniquely Texan.  According to the Yale folks, the phrase is certainly acceptable in Texas, but also throughout the American South.  It has also been adapted by the Southern African American culture as the even more abbreviated “finna” with the same meaning.

Next, what are we fixing?  Is it broken?  Where did the idea of “fixing to” come from?  Once again, I’ll defer to the Yale linguists for their nerd-level explanations.  The use of “fix” as an all-purpose verb is uniquely American, to the point that Europeans made fun of its use in the 1700’s.  I may have to fix my stove before I can fix my dinner, even though one requires a screwdriver and another a spatula.  It can mean both to “repair” and to “prepare.”  Sometimes to fix means to set something firmly, as “the sword was fixed in the stone” or “the Lone Star flag was fixed at the top of the pole.”  To fix always implies some barrier to the action: If it ain’t broke, don’t fix it.  If dinner was already ready, you wouldn’t need to fix it.

If you’re from Texas, or even from the South in general, you probably knew all this already, rather intuitively. If you went to Yale, maybe they passed that study around in orientation.  For the rest of you who came here from somewhere else, welcome to Texas.  Things are fixin’ to get interesting.

In this article:featured, fixin' to, language