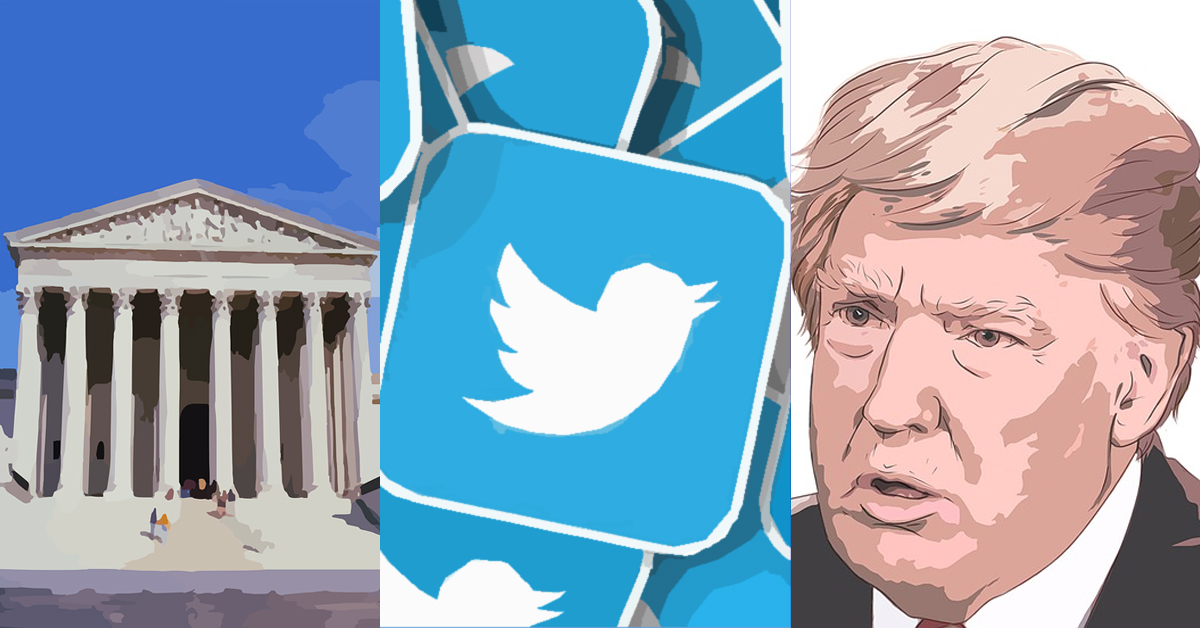 Just when you thought the federal judiciary couldn’t get any screwier, they find new ways to surprise you. Yesterday, federal Judge Naomi Buchwald ruled that President Donald Trump violated the first amendment by blocking users on Twitter.

The crux of the ruling centered on the assertion that Trump’s tweets were “’governmental in nature’” and should be considered a forum for the public. Understand, we are not just talking about Trump’s POTUS account, we are referring to his “personal Twitter account.”

While it’s true that Twitter is a new type of platform for communication that the founders never dreamed of, and it is heavily used as a PR medium for government, the following facts remain:

With official government forums on Twitter, Facebook, or other exclusive federal sites, regulation of access and content would be expected. However, this is not the case where a public servant’s personal account is concerned. It’s one thing to disallow banning from official government accounts, it’s another to say this extends to personal accounts as well. Sure, all public servants acquire new restrictions on their behavior as a condition of their employment, such as not being allowed to put out sensitive information on an open personal platform, but does it really extend to who can comment on their personal pre-existent Twitter account? To date, no other politician’s personal Twitter has been subject to such a ruling as was Trump’s yesterday.

There exists no law or regulation that covers the use of private Twitter accounts on this question.

Judge Buchwald cited no previous law that covered her decision. The ruling was made based on her application of the first amendment, and it seems to be limited to the president, and not Twitter itself. However, does 1A actually cover somebody having the right to speak on somebody else’s personal platform against the owner’s will? Now, I’m more than OK with the government putting more limits on its own conduct and adding more requirements for persons occupying a given office, but there’s a process for that. If the Judge was honest, she should have said that there was no law covering this and shot the question back to the congress for their consideration. Instead, she used her own biases and preferences to create law from the bench, in a time-honored yet highly unconstitutional legal tradition.

Perhaps it is a question worth considering whether a President should be allowed to use his personal social media to make quasi-governmental pronouncements by the back door, however the courts are not the place to settle such discussions. The Bill of Rights may restrict government from disallowing you to speak, but it does not say that an individual office holder must personally facilitate your speech. It’s up to the individual to find themselves a platform to make their ideas known. The casualness with which Judge Buchwald invented new rules that may (if not overturned) apply to everyone should concern all Texans, in general if not with this specific case. This was not the system that the founders envisioned. While the first amendment is deserving of protection, so is separation of powers. Personally, I find the fact that the judiciary cares nothing about judicial restraint nor their limited role under the Constitution infinitely more disturbing than what odd-person the President blocks from his personal “me-show.”

Judge Buchwald’s ruling is, however, a teaching moment for Texas. The federal judiciary has been out of its constitutional box for quite some time. And, if you follow its evolution, it tends towards usurping greater and greater powers rather than any constitutional rivival in self-limitation. And while Buchwald’s ruling is a small example of the judiciary overshooting its mandate, the fact that it does it at all, showing no signs of abating, is a good indicator that this (like most other federal issues) won’t just go away. If Texas wants to free itself from judges acting as political pontiffs, we will have to resign this corrupted federal system. If not, we’ll have to accept that the Buchwalds of the Union will eventually get around to regulating our own social media and other personal areas they have no legal business in.