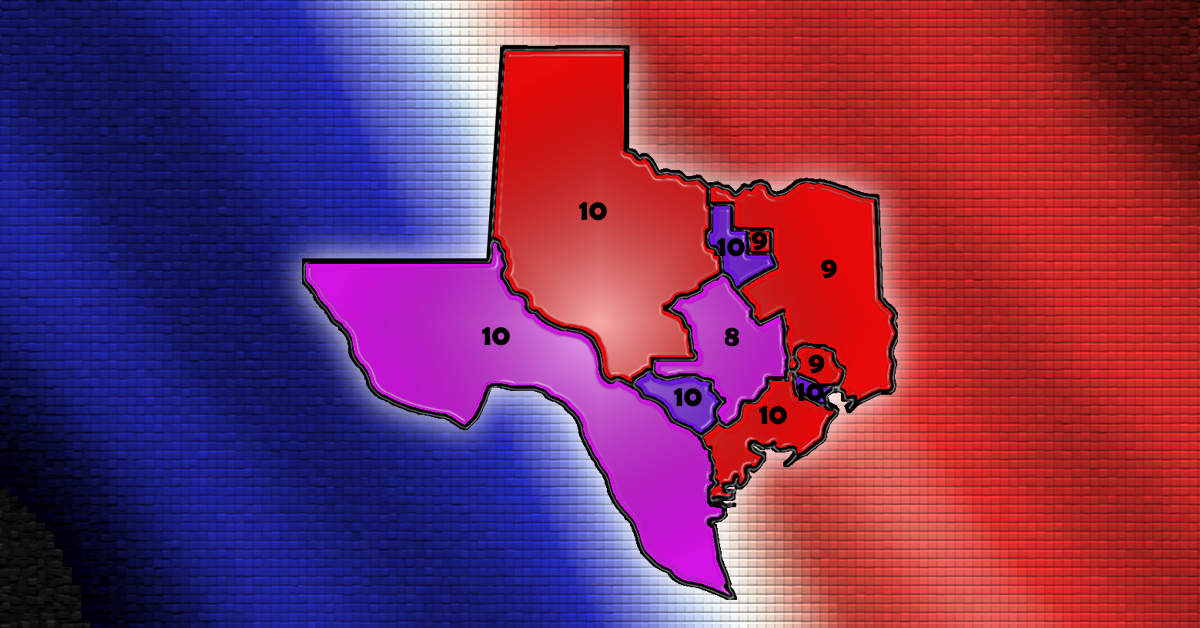 Recently I wrote about understanding the Electoral College (EC) and questioned why it is not used in state elections. In the broader scope of the future, the question remains: should an Electoral College for a possible Republic of Texas have a place in our elections?

Many Texas patriots responded to the last article, with a few of them understanding the EC is necessary. The reasoning is understandable. If the USA went by the popular vote system, then the president would be selected by the most populous cities in the country. The US would probably never see another Republican president again.

Likewise, in a Texas republic, many argue that the most populous cities in Texas would determine the president of Texas.

First, the easy answer is “no.” If not, presumably Texans will carry on elections as they always have. Instead of a governor we will elect a president. Localities would have no need to change. The only sticky point would be state senators and 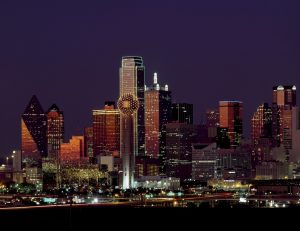 representatives. Whether you call them “state” or “federal” is irrelevant; their function remains the same. The only question will be redistricting.

During the redistricting upset of 2011, Democrat Senator Carlos Uresti acknowledged that every part of Texas is different by saying, “This is a unique area of Texas with its own identity, industry, geography and culture.” With this correct statement, we recognize that, not only is Texas different from much of the US, we are different from each other.

If Texans choose an electoral system, then electors from each electoral area will be selected each election cycle. What will determine the size and scope of electoral regions?

Texas has 254 counties. We could have 254 electors. A candidate would need more than 127 electoral votes to win. Considering the Texas Nationalist Movement advocates bringing control of the government as close to home as possible, having your elector living a few miles away gives the view of “local control” a fresh, new spin.

Texas Parks & Wildlife has the state divided into seven regions; Piney Woods, Panhandle Plains, Gulf Coast, Hill Country, Big Bend Country, Prairies and Lakes and South Texas Plains. These may be too great of areas to consider as representative regions. Then again, it may fit perfectly.

Different regions may be considered as states within Texas. Each having its own representatives which would almost negate the need to ever having to listen to court battles over redistricting. It probably would not be necessary to go as far as each area needing its own governor. From this side of the fence that seems a move for the power hungry. Currently we all do pretty well without some regional governor working cities like pawns.

Why no EC for Governors? 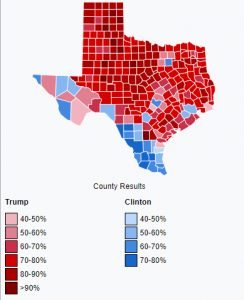 state would ever elect a Democrat again. While rural regions feel outvoted by the heavily populated cities, the city dwellers would always suffer a “wrong-way winner.” However; even without an EC in place, Republicans have enjoyed consistent victory in TX since 1995. Before Bill Clements in 1983, Texas had not had a Republican governor since Edmund Davis left office in 1874.

What Texans must be on guard for is the demographics flipping I wrote about previously. Furthermore; more demographics flipping is exactly as Allen West recently wrote about in “Texas, We Have a Problem.” He discussed how a local official of Collin Co. met a new resident from California and she loved everything except that there were not enough Democrats. This “exporting of California values,” as CalExit proponent Shankar Singam characterized it to Fox NewsChannel hostTucker Carlson, would be a gift to Conservative states on their way out of the Union. It is California’s “middle finger” to those who do not believe as they do. In part, we can thank our governors and their mission trips to California to recruit business for this.

In general, progressives do not favor an Electoral College system because they know it will mean a perpetual loss of influence from progressive urban areas, redistributed to more rural areas. Under a popular vote, they know they have a chance.

Should Texas use the Electoral College?

Quite possibly the answer to whether or not an independent Texas should adopt the EC system is “yes.” The original creators of the Electoral College had a unique understanding of the world; an understanding that has faded over time. The idea of casting the EC aside simply because we seceded from the US may not be the best option. After all, many Texans are not wanting to leave the USA because of what it was; they wish to secede to preserve traditional values and American founding principles.

On the other hand, while many Texas justifiably argue the importance of the EC in effort to keep leftists in check and at bay because they do not want the heavy populated areas to decide our leaders, more right-leaning Texans should take note of 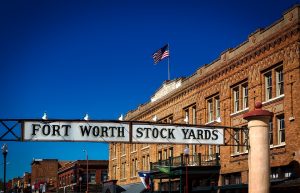 another reality: “We surround them.”

The projected 2017 population of Texas is 28,797,290. The non-major metro ares of Texas comprise a total population of 3,230,468. However; the bulk of Texans vote against the left of center. The D/FW areas have almost 7.5 million residents But out of that entire region, only Dallas County (pop. 2,552,920) consistently votes Democrat, an island of blue in a sea of red voters. Even neighboring Ft. Worth’s Tarrant Co. is a strong red.

Other than Dallas, the main areas of blue are concentrated in the counties of Harris (Houston), Bexar (San Antonio), Travis (Austin), and El Paso. That is just over 11 million voters in areas of heavy blue. Not all large areas lean blue. For instance, you will find very few blue voters in Amarillo.

When the time comes, Texans will know what to do. It is important that we look at our history; what worked best. We need to understand not only what was put into place, but why things were put into place? It is not necessarily a good idea to alter things just because “it is old,’ in favor of the “new and fresh.” Cocoa Cola has come out with “new and fresh” and ended up wasting millions of dollars on a product few wanted. The Founding Fathers instituted the Electoral College because they understood the need for balance in a political system. The American Trinity, as Dennis Prager states it, is on every coin: In God We Trust, Liberty, and E Pluribus Unum. When Texans, native and transplants, honor the Texas traditions and values of liberty, Texans prosper. And the more difficult it is for fickle populist sentiments to short-shortsightedly destroy these things that are the foundation for a stable and free society, the better.