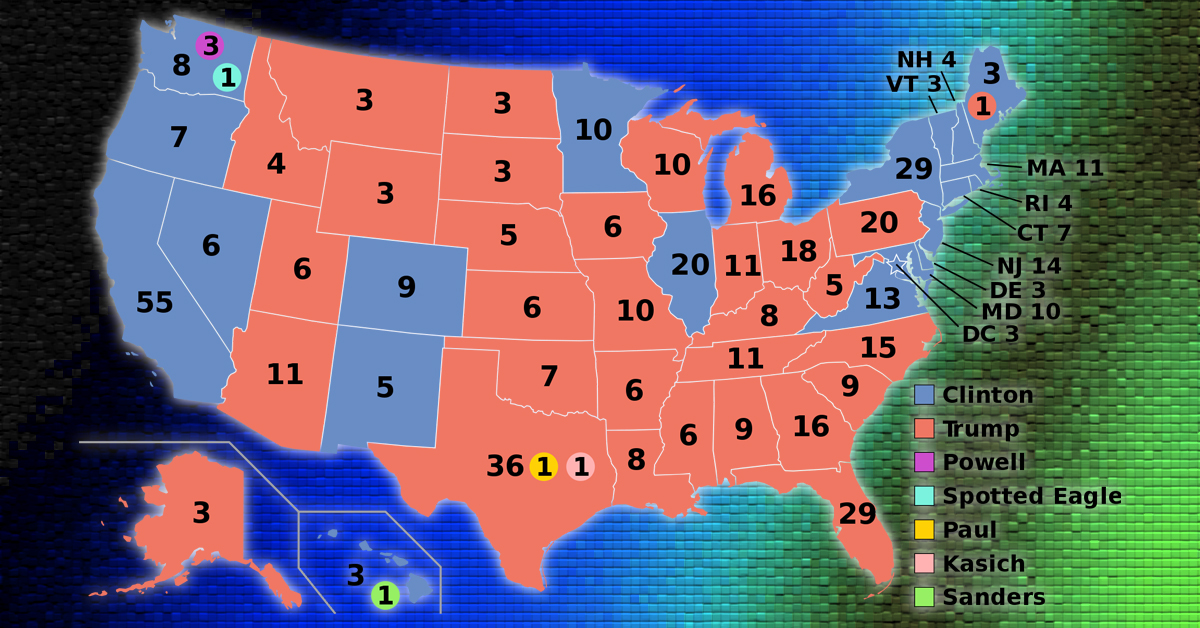 When Texas returns to take her seat among the nations, Texans will have to be very careful in the construction of its new government and constitution. We certainly want to learn from the mistakes that led to the decline of the Union, and while some aspects of the old American Republic will be preserved, others may not be. One such aspect that deserves a careful study is the Electoral College.

Since the 2000 presidential election the Electoral College (EC) has come under fierce fire and staunch defense. Many on each side have argued both for and against the EC depending on who won. During the Obama years many conservatives complained the EC system was rigged and unfair. During Trump’s campaign, many were so sure that Hillary would win that Trump frequently complained that he was fighting a rigged system. Since Trump’s win the leftists regularly complain that the EC system is unfair. Their cry is so loud that the once proud California has a growing secession movement, Yes California. People need to understand the Electoral College. 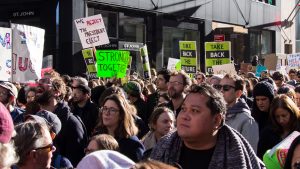 A few years ago, I was on the “ditch the EC” bandwagon and complained about in on Facebook. A Face-friend recently discharged from the Army urged me to study the EC before I make such a complaint. I agreed and occasionally did a little light reading on the topic but still did not get it. Sure, I understood that it was something about a balance between farmers and ghetto dwellers or whatever but it still did not make sense. Prager University even released a video on May 18, 2015 entitled “Do You Understand the Electoral College.” As much as I love Prager U, the video, though interesting, still did not click in my mind HOW the EC works.

It finally began to occur to me a few months ago how and why the EC works and why it is important and MUST remain in place, even if I do not like the results because the election is about US, not ME. Allow me to explain my epiphany in smaller and easier to grasp numbers.

Here is How the EC Works

There are three cities in Little Nation; A, B, and C. The population of A is 1,000; B is 500; and C is 5,000. Two candidates are running for president; Frodo for the Reinvigorate Party and Saruman for the Degenerate Party. When the votes are tallied City A gave 700 to Frodo and 300 to Saruman. City B had 350 votes for the Reinvigorate Party and only 150 for the Degenerate Party. But in the hip, contemporary metro area of City C Frodo only scored 1,000 votes whereas Sarmuan sauntered away with 4,000 hipster votes. 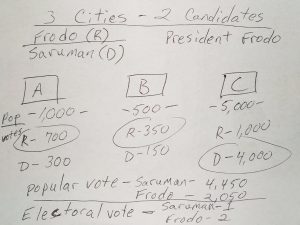 Tyranny by the Majority

What is a tyranny by majority? Let us say we have 300 females and 400 males. The issue comes up that it should be a law that females give the males a foot rub every day if the men want. In a democracy, the women do not stand a chance. They will be destined to rub feet every day from now on. And since there are fewer women than men in this scenario, some women will have to rub several pairs of feet.

In fairness we can flip those demographics and say that women demand that men do pedicures. Does pure democracy sound good now? The 17th Amendment, passed in 1913, gave us direct democracy in electing our U.S. senators and now we can not seem to get rid of them. (psst, We do not need term limits. We need to repeal the 17th Amendment.)

How the EC Makes a Difference 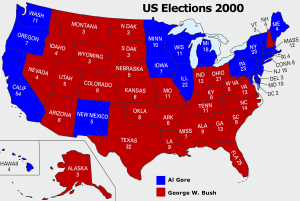 Does not the EC essentially reflect the popular vote? Well, there was this one time as noted in the children’s song about the U.S. presidents by the Animaniacs. “It’s 1877 and the Democrats would gloat. But their all amazed when Rutherford Hayes wins by just one vote.” Learn more about the Compromise of 1877.

Or there is the famed Bush-Gore election of 2,000. While Florida soaked up all the headlines everyone ignored W. Virginia. Democrats did not think they had to worry about WV….until they lost it. All five EC votes went to Bush. Those five votes made all the difference. Ever since then WV has turned a brighter shade of red. In fact, August 2017 WV’s governor switched to the Republican party.

In July 2012 Pres. Obama stood in San Antonio and promised that Texas would become a battleground state. I listened as many conservatives laughed and joked at the ridiculousness of such an absurd proposition. Personally, I took him serious but I did not understand how he would make my bright red Texas a battleground state. Then I figured it out. Thank God Hillary lost. 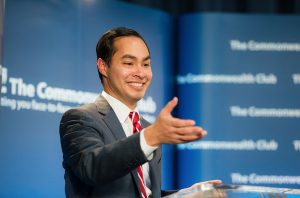 Hypothetically speaking, Dallas votes Democrat while Flower Mound and Rockwall vote Republican. So, they need to get Democrats to move to Flower Mound and Rockwall. Who is likely to vote Democrat? Why the guy who gets his rent paid by the government, of course. So when HUD sends you a notice that the Republicans plan to cut your benefits and you need to get out and vote, you vote Democrat from your new home in the suburbs.