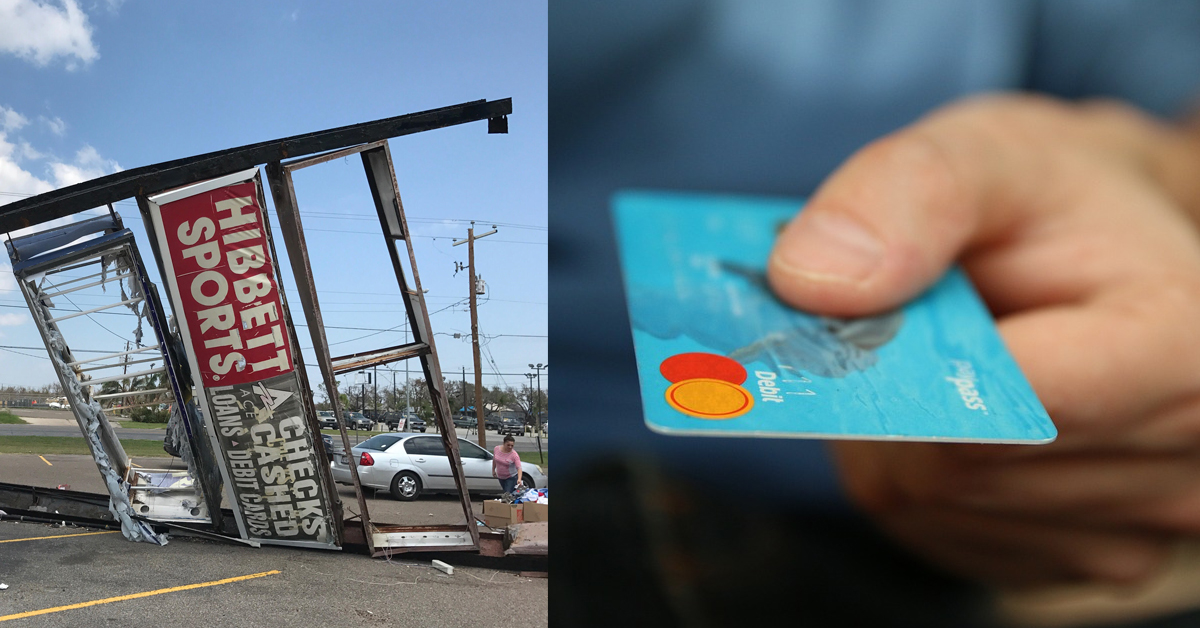 This situation should have Texans demanding independence!

On August 25th, 2017, the Texas coastline from Port Aransas to Louisiana was devastated by Hurricane Harvey. Fortune.com says the estimated cost could be up to $180 billion. Of course many property owners have disaster and flood insurance, so they will quickly begin wrangling with insurance companies. Some may have renter’s insurance that may help with some of their losses. And some residents will be at a total loss with no insurance nor savings.

In 2008 Pres. Obama’s chief of staff, Rahm Emanuel, told the Wall Street Journal that “You never want a serious crisis to go to waste.” Undoubtedly, he is saying that you can make good out of bad situations. That is very true. Unfortunately, leftists have a broken sense of what good is, and this Rahm prescription of forcing ends on people in a crisis that they might otherwise find repugnant is still in use.

Houston has dealt with hurricanes and floods before. It is difficult to believe that the city, county and surrounding areas have not set aside funding for disaster clean-up and recovery. Whether Houston has or not their Democrat mayor, Sylvester Turner, is asking the city council for a temporary property tax hike of 8.9 percent. So, while his citizens are hurting and devastated, the mayor thinks it would be a nifty idea to compound his citizen’s misery by digging deeper into their bank accounts. Surly, there must be other ways.

If only Texas had some kind of Disaster Relief Fund that could help cities; some kind of Rainy Day Fund. Maybe even funding for specific groups like emergency medical services, that could ease the burden on the cities. (What is a really interesting question is why, during a time of crisis and mass donations, would the Disaster Relief Fund NOT be accepting donations.)

Uncle Sam is On the Way… After This Brief Negotiation

Then there is the federal government. As I pointed out in my article Haters on Texas During Harvey, Texans are not necessarily dismissive of help from the federal government. However; the fed took our money through taxation; I think we’re paid up and should get what’s coming to us. This would not even be a discussion if the money had never left Texas.

Instead, victims of natural disaster were busy tending to their wounded and dead and cleaning up destroyed homes, businesses and cars while Democrats did not let this crisis go to waste. Emergency crews searched for survivors while the Democrats refused to release relief funding unless President Trump agreed to a raise in the debt ceiling and temporarily extend the fiscal budget for three months. President Trump is supposed to be a fantastic negotiator. Why couldn’t he do any better than this? Well, tying Harvey relief to the debt ceiling just happened to be Trump’s goal as well. Trump had Mnuchin out there saying that this was the right thing to do, in opposition to the wishes of congressional Republicans. So, why did Trump and his administration insist that Harvey funds be tied to deficit spending? The same reason as the Democrats: power, influence, and putting off consequences for another day. This is the story of Washington, and whether your party’s blue or red, they both are looking out for the easy green. See our articles on this here and here.

While bureaucratic blowhards in D.C. wheel and deal over the best way to not let this crisis go to waste while Texans are suffering, Texans should join with the Texas Nationalist Movement and unabashedly demand that Gov. Abbott declare D.C. a disaster and insist on a public vote for independence.