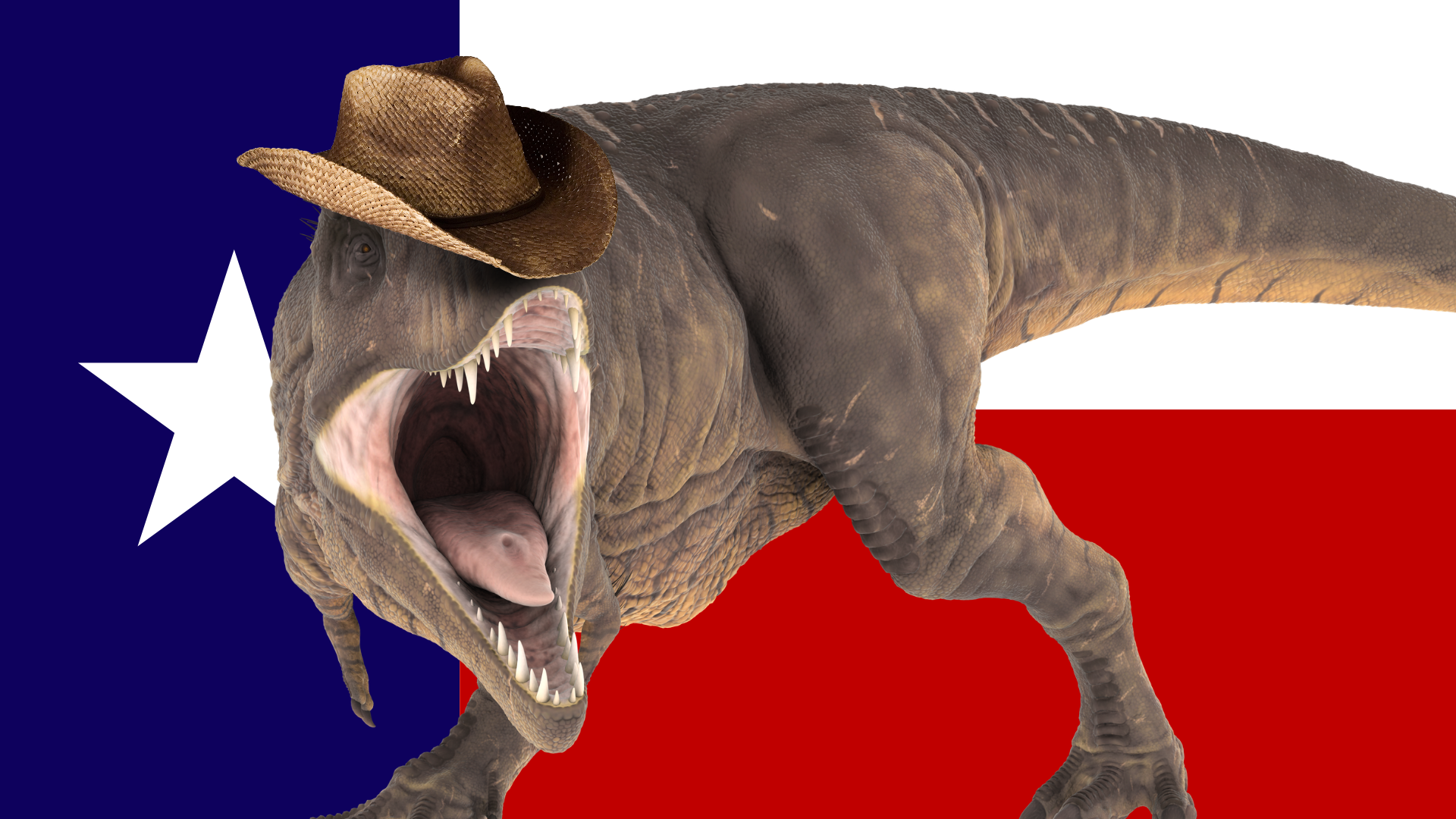 Who doesn’t remember the feel of mud between your toes?  The Texas drought didn’t reveal the footprints of playing children, but the footprints of 113 million-year-old dinosaurs. Because of exceptionally low river levels, ancient theropod footprints have been exposed at Dinosaur Valley State Park.

After the Paluxy River at Dinosaur Valley State Park in Glen Rose, Texas dried up due to drought conditions, fossilized footprints of a dinosaur that lived millions of years ago were discovered there.

According to the park spokeswoman, “Because of the extreme drought conditions that existed throughout the course of this past summer, the river dried up completely in most spots, which made it possible for more tracks to be unearthed here in the park. Under typical river circumstances, these more recent trails are buried beneath the water and frequently become clogged with sediment, which causes them to become buried and less visible. Nevertheless, there is never a dull moment at the park thanks to the constant stream of fascinating new discoveries and opportunities to see new dinosaur tracks.”

Dinosaur Valley State Park rangers speculate that the tracks will become buried once more due to the impending rainstorms forecast for the area.  On the other hand a fresh coating of sediment will protect the tracks from the natural weathering and erosion that occurs over time.

Texas is famous for cows and horses, but dinosaurs?  R.T. Bird began his career as a paleontologist at the American Museum of Natural History in 1937.  After hearing about theropod tracks, he traveled to Glen Rose to check them out. He discovered the trackway of a gigantic sauropod.  Scientists could confirm, for the first time, that sauropods walked on all four legs rather than relying on water to support their weight as they moved. Dinosaur Valley State Park was established on the location in 1968. Inside its boundaries are preserved the footprints of hundreds of dinosaurs and other prehistoric animals dating back as far as 113 million years.

The tracks recently uncovered  include a series formed by an acrocanthosaurus, a theropod (a dinosaur that walked on two legs).  Also present were the tracks of a predatory dinosaur equivalent in size to the Tyrannosaurus, standing at least 20 feet tall and weighing as much as 7 tons.

Texas is home to many unique and wonderful things.  Texans and other visitors can see ancient history by visiting Dinosaur Valley State Park, home to some of the best dinosaur tracks in the United States. And what do you call a dinosaur in a cowboy hat? Tyrannosaurus Tex! Brandon Reynolds has been an educator for the past 13 years. He is an active member of the Texas Nationalist Movement. He currently holds a Bachelors's degree from Texas State in Psychology. He also has a Masters's degree in Education Administration from Lamar University. Currently, he is working on his Masters in History from Southern New Hampshire University. Brandon was born in Austin, TX. He has lived with his wife, Cynthia, in Rockdale, TX, for four years. He works in Milano ISD as a Junior High School writing teacher. He has five children, three girls and two boys. He is an avid supporter of Texas Independence and devotes much of his time to bringing about Texas Independence.