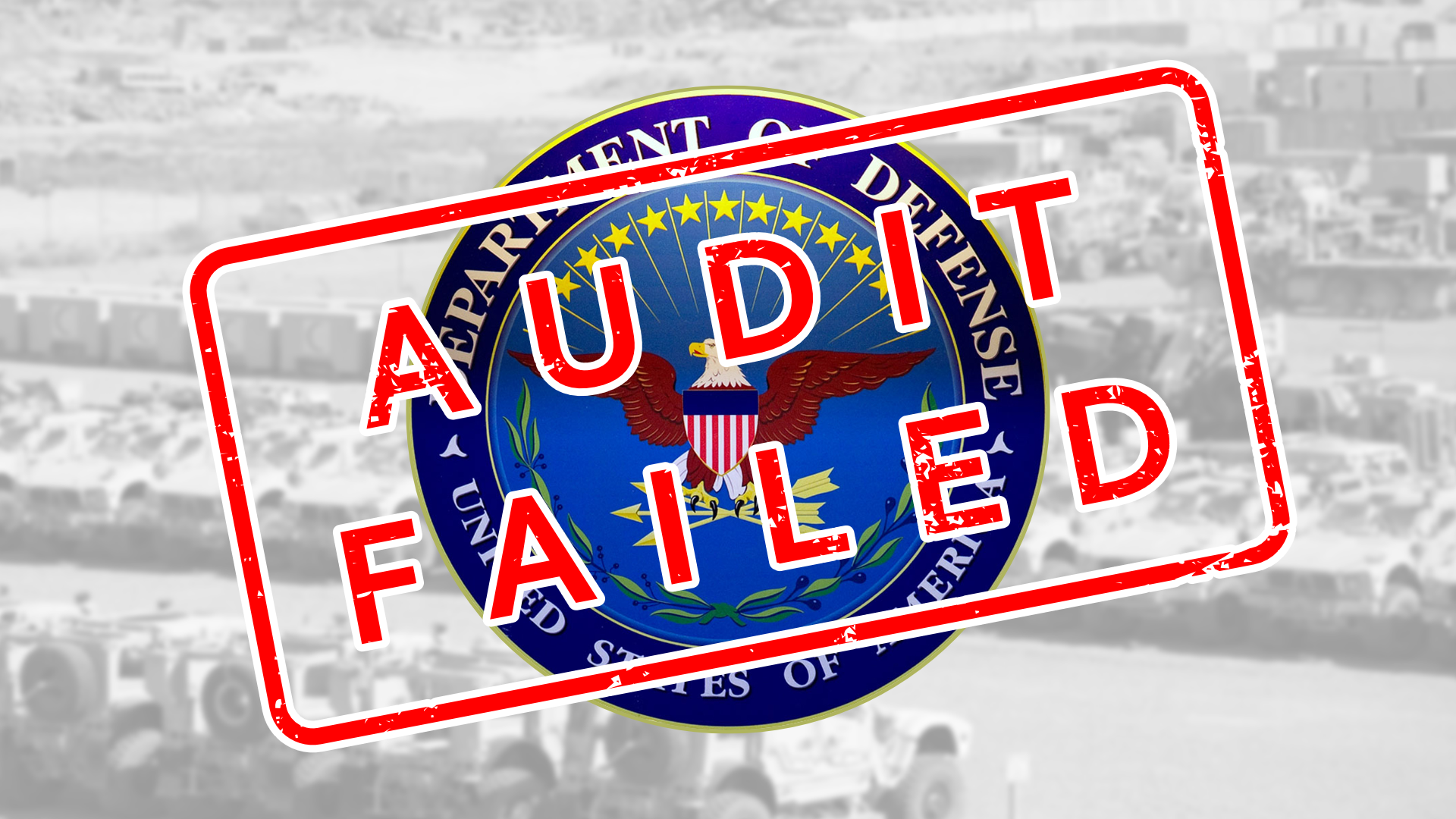 Since 2017, the Department of Defense has had a yearly audit as required by law.  This year’s audit, described by the DOD as “progress”, revealed that they can’t account for 61% of their assets.

The Department of Defense released its annual audit results this week.  The audit reviewed 3.5 trillion dollars in assets and 3.7 trillion in liabilities.  Overall, the DOD was unable to account for 61% of its assets.  This kind of result is very “low hanging fruit” for those of us who believe that the Federal government has outlived its usefulness.

To be fair, the DOD is very large, with assets which include nearly 2.9 million military personnel; equipment and weapons including 19,700 aircraft and more than 290 ships; and physical items including buildings, roads and fences on 4,860 sites worldwide. Also to be fair, considering a fence as an “asset”, or perhaps counting each building and vehicle on 4800 different sites has to be a complex task.  But to be fair, regular people don’t get to not do our jobs because “it’s complicated.”  The DOD owes it to the public trust to figure things out.

Because of the size and complexity, the final DOD audit is a composite report of 27 sub-audits.  The total price tag for all this auditing comes out to more than 300 million dollars. So for roughly 2 billion dollars the DOD has produced 5 annual audits since 2017.  But are they making progress?

Pentagon Comptroller Mike McCord told reporters on Tuesday that the department has made progress toward a “clean” audit in the past year, but later added “we failed to get an ‘A.’”

The agency had never expected to pass, however, due to accounting issues officials said could take years to fix. Because accounting records needed to complete the assessment were not available, all five audits received a “disclaimer of opinion,” though there have been improvements each time.

In plain English, the DOD fails its audits because it loses stuff and doesn’t keep accurate records.  I imagine a scene like this, “Hey, where are those Humvee tally sheets?” “I don’t know, aren’t they in the motor pool building?” “Aw crap, we lost the motor pool building! This audit’s gonna suck!”  The DOD has audits they expect to fail, because they haven’t solved accounting problems over 5 years of audits, and in response to not accounting for 61% of their stuff, their answer is “I would not say that we flunked.”

Even so, McCord acknowledges that the ongoing war in Ukraine highlights the importance of “counting inventory, knowing where it is, and what’s coming in.”  “I’ve asked our people to imagine that was our folks, our men and women in uniform, who were up against it,” he added.

Texas also has audits of its military department that are required by law.  In our last audit report, August 2022, the main areas of concern were failure to complete building projects as specified in its Facility Master Plan (FMP), failure to spend FMP funds on the projects that were specified in the FMP, and the need for “stronger” monitoring processes.

When it comes to thinking about the Department of Defense in the post-Texit Republic of Texas, several possibilities rise to the top.  First, we wouldn’t be immediately obligated to spend 3.5% of our GDP per year on the military. Simply minding our own business and not trying to be the world’s police would go a long way.

Next, when it comes to the military assets currently in Texas, we should TOTALLY let those DOD guys do the list of what we get and what we don’t, as they clearly have no idea what they even have.  “Sure, Texas can have those!”  Perhaps they’ll even be generous and just walk away from billions of dollars worth like they did in Afghanistan… It could happen.

Finally, bad DOD audits that they expect to fail really just add more to the argument that Texit is the only solution.  There’s incompetence, waste, and perhaps even corruption at nearly every level, in every department.  Even the DOD audits confirm their incompetence.  It’s well past time to Texit. I guarantee we could do better.

In this article:Department of Defense, featured, texas military