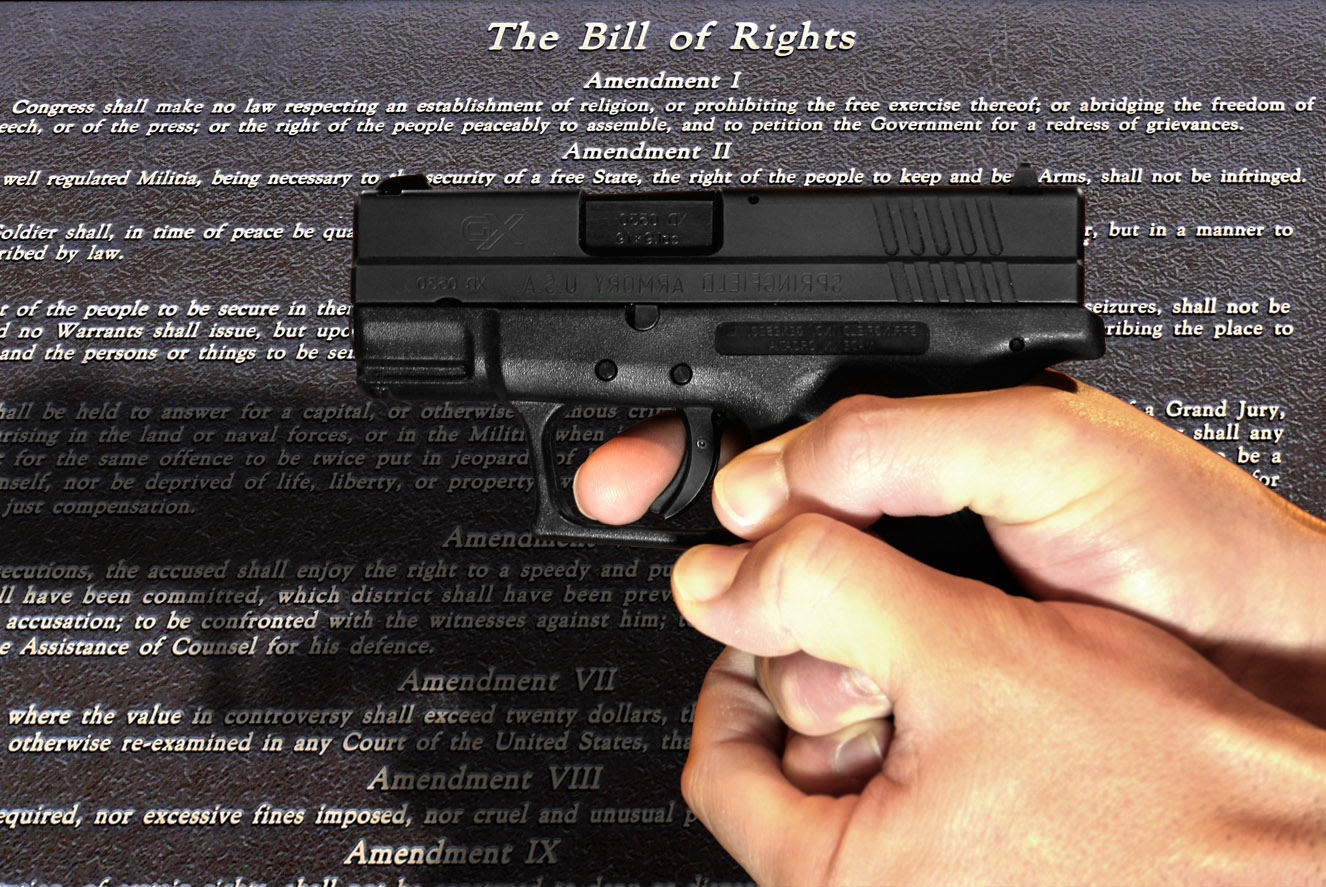 Of the many great quotes by Ronald Reagan, perhaps the one I appreciate most is, “freedom is never more than one generation away from extinction.” This really puts into perspective the constant and urgent dangers that our Liberty continues to face. The Union envisioned by the founding fathers was conceived as a system that limited government and empowered the individual. Yet, to keep Liberty requires vigilance, not only to guard against the schemes of those that hate freedom, but also against the siren song of trying to do good beyond that which is lawful. The unfortunate truth of today’s America is that, instead of our rights treated as sacrosanct and the limitations of government upheld by both sides, our Liberty daily faces challenges from the whims of whatever power is ensconced in authority. However, not all such challenges come from DC, and this has led some to bargain with Washington for protection.

The Concealed Carry Reciprocity Act of 2017 is a bill from North Carolina US Rep. Richard Hudson (R). According to The Washington Free Beacon, its purpose is to address the problem of concealed carry licenses not being recognized across state lines. My first reaction to this was positive. It’s a real issue, and law-abiding citizens have found themselves in trouble either with the police for ignorance of the nuances of a host state’s firearm regulations, or (even worse) trouble for lack of protection. However, one can’t just look at the ends purposed by a particular law, but also the means proposed to reach those ends.

Currently, each state has a choice whether or not to recognize the various licenses issued by other states. Often, the states make agreements between themselves for acknowledgement of a specific kind of license, such as a marriage license. Occasionally, however, through its own legitimate political processes, some choose not to reach such an agreement, as is the the legal right of a sovereign state. Frustrated and a bit shortsighted, some have opted to go around the difficulties of interstate negotiations by having Washington impose a federal standard. This is what CCRA does. There’s one problem with that: such a law would be unconstitutional.

Under the Constitution of the United States, the federal government is limited to a very few enumerated powers, and forcing one state to recognize another’s licenses is not one of those powers. While I am sympathetic to the needs of CHL holders and hope that this issue can be resolved between the states, it pains me to say that CCRA represents yet another dangerous precedent for the ever-expanding power of the federal government. More of the same, but from the right this time.

Governmental power is limited for a reason, and to abandon that principle to affect an outcome one is sympathetic to will also leave it open to outcomes that are less comfortable. Can you recall objecting to actions during the Obama or even Bush administrations, where government tried and even succeeded in imposing its draconian will on the states apart from the Constitution? Do you remember the indignation you felt by the laws being broken simply because a politician wanted what he wanted? Additionally, consider if you’d like to have California’s standards adopted nationally. The continued exercise of power beyond constitutional restraints makes it a real possibility, because once the current ruling party is again voted out (which will happen), they will leave behind a weapon for the other side: further precedent for ignoring the law to force political transformation. This kind of back and forth of unrestricted political will threatens both Liberty and societal stability. If this bill is signed into law, as well-intentioned as it is, it will be just another case of treating the flu while metastasizing cancer.

Despite the election, the problem of an overreaching Washington seems alive and well. The players have changed a bit, but the game is still very much the same: to use the authority of government to force changes desired, whether lawful or not. There’s a quote from Henry Kissinger, recently resurfaced in current events, that illustrates this problem. What Kissinger may have meant in irony, I affirm as the state of affairs for a dying Republic. “The illegal we do immediately. The unconstitutional takes a little longer.” Washington isn’t some prodigal that can be forgiven and cured of its corruption. Regardless of what it was or intended to be, this is what it is: inept, drunk on power, and irredeemable. The Union isn’t sick, it’s in its death rattle. It’s long since given up the ghost of Liberty, the thing that truly made stand out among the nations, and all we have left are empty traditions and even emptier promises of reform.

As overreaching measures find support  on both sides of the political spectrum, it seems that freedom has no champion. However, Liberty may yet have support in Texas. If Texas still truly believes in limited government and individual rights, to preserve them, she must cut her losses and get out now. If Texas were to return to an Independent Republic, we could make our own agreements, based on what Texans believe best. This without interference from an unsympathetic federal government or by making dangerous compromises of principle and Liberty.