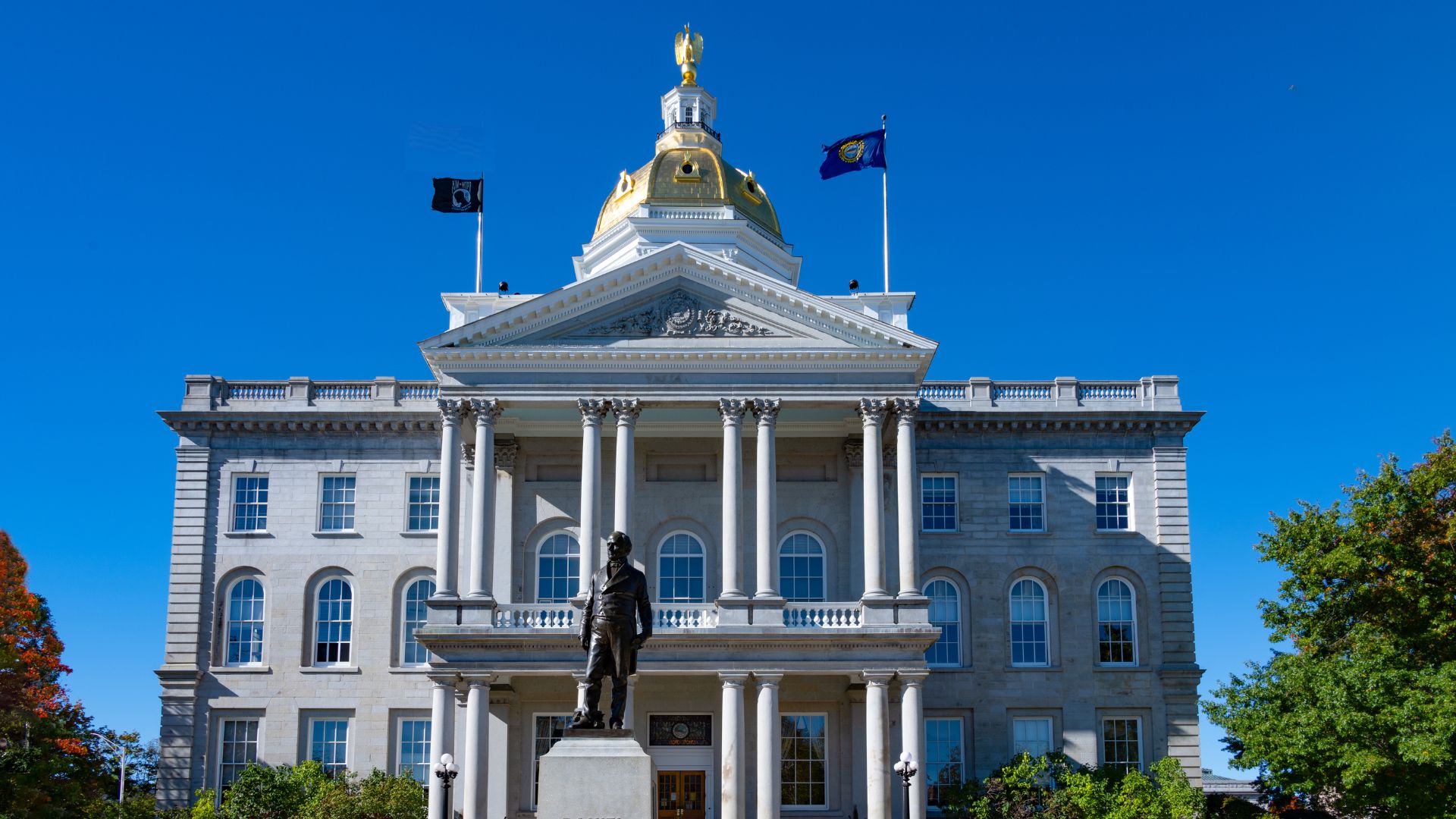 There is an insurrection afoot in the State of New Hampshire. The State Constitution is being subverted by an enemy within. As Thomas Jefferson warned, the price of liberty is eternal vigilance – but vigilance is not enough. We must act to protect our great state.

A real-life Karen has filed a petition with the NH Ballot Law Commission requesting a hearing to deny ballot access to 14 members of the state legislature running for re-election this year. Here is the complaint filed:

“It is my assertion that the following people are no longer eligible to hold office in NH and thus are unqualified to run for office as they are in violation of the 14th Amendment to the United States Constitution, Section 3.

2) The 13 members of the NH House of Representatives voted to not ITL (Inexpedient to Legislate) or kill the bill/NH Constitutional Amendment.”

This complaint was filed by a real life ‘Karen’ named Karen Steele. It is a blatant attack on the Constitution of the State of New Hampshire and on multiple natural rights.

Furthermore, Part 1, Article 30 of the New Hampshire Constitution provides that “The freedom of deliberation, speech, and debate, in either House of the Legislature, is so essential to the rights of the people, that it cannot be the foundation of any action, complaint, or prosecution, in any other Court or place whatsoever.”

This Karen’s complaint directly violates this provision of the state constitution because it attempts to make speech and debate that occurred within the House of Representatives the gravamen of a complaint to punish those who engaged in that speech and debate.

Disqualification under Section 3 of the 14th Amendment to the Federal Constitution would be equally inappropriate. First, there is no reasonable argument that introducing legislation in the state House of Representatives constitutes “insurrection” or “rebellion” or “aid or comfort to the enemies of the United States.” Introducing legislation is a peaceful act. In fact, the legislation that the legislators proposed on behalf of their constituents literally sought to peacefully separate from DC politicians so that our state could govern itself:

“I.  That the first part of the constitution be amended by inserting after article 7 the following new article:

[Art.] 7-a. [Independent Nation.] New Hampshire peaceably declares independence from the United States and immediately proceeds as a sovereign nation.  All other references to the United States in this constitution, state statutes, and regulations are nullified.”

If any person in the New Hampshire government felt that there was any legitimate reason to believe that CACR32 was unconstitutional, violent, or an act of insurrection, the Office of Legislative Services would not have drafted it, amended it, and approved it. The Attorney General, the Supreme Court, and the Governor of New Hampshire also would have blocked the legislation or at least mentioned that it was treasonous. But nobody mentioned any of these issues until months after it was proposed, and once they learned that it was supported by many New Hampshire voters.

Additionally, none of the 14 legislators have even been approached by any local, state, or federal law enforcement agents regarding violence, rebellion, or treason. Clearly, no law enforcement officials or prosecutors have any doubt that they violated no laws whatsoever.

Interestingly, it was the anti-independence, anti-liberty legislators who may have violated numerous laws when they threatened the pro-independence legislators.

Karen Steele and her ilk were nowhere to be found when the House Committee on State-Federal Relations held a public hearing on CACR32. She and other anti-independence individuals could have made these arguments at the public hearing if they felt so strongly about this ‘rebellion’ claim. During the hearing, dozens of citizens testified in favor of the bill, while only one citizen testified against the bill, though he made no argument other than “we are all Americans and we should stop fighting and come together”.

Furthermore, in the short complaint, Karen makes multiple statements that are factually incorrect. She claimed that the legislators proposed and voted on legislation to secede. That is false. The legislation would have placed the question of independence on the general election ballot next November. If 67% of New Hampshire voters would then vote in favor of secession, the state would peacefully leave the union and become an independent nation.

It is also worth noting that no anti-independence legislator has been willing to have a public debate about secession. In fact, the leader of the anti-independence movement in the NH House has told Alu Axelman multiple times that he will never debate against secession publicly.

Furthermore, Part 1, Article 10 of the New Hampshire Constitution specifically reserves to the people the right to reform their old government or even establish a new government. That is precisely what Karen charges these representatives of having done. Exercising a specifically enumerated right in the state constitution simply cannot be the basis of an “insurrection, rebellion, or aid/comfort to the enemies of the United States.”

“[Art.] 10. [Right of Revolution.] Government being instituted for the common benefit, protection, and security, of the whole community, and not for the private interest or emolument of any one man, family, or class of men; therefore, whenever the ends of government are perverted, and public liberty manifestly endangered, and all other means of redress are ineffectual, the people may, and of right ought to reform the old, or establish a new government. The doctrine of nonresistance against arbitrary power, and oppression, is absurd, slavish, and destructive of the good and happiness of mankind.”

Even if the legislators would have violently overthrown the government in a full-blown revolution, they still would have been within their constitutional rights, according to article 10. But the pro-liberty legislators are extremely peaceful and condemn all violence, and simply seek to live freely without DC politicians using violence to control them and their constituents.

This complaint filed by New Hampshire’s very own Karen is a mockery of the rule of law and of the state and federal constitutions. That her complaint could be taken seriously and given a hearing by the Ballot Law Commission shows just how far we have strayed from constitutional government. Karen Steele undoubtedly did not intend to demonstrate why the bills introduced by those representatives for secession are warranted, but that is exactly what she has done. We are living with people whose only use for our Constitution, and the rule of law is to use those tools as weapons to destroy the Constitution and rule of law that they rely upon. Good people in New Hampshire and elsewhere in the united states need to recognize that we cannot live with these radical, vicious, anti-liberty individuals whose only goal is to use our institutions to destroy our liberties.

Secession is the proper answer to people like Karen.

And it will happen. All of the momentum is on the side of independence. Since the historic first-of-its-kind legislation earlier this year, the New Hampshire Independence PAC was created by two veterans of the US military. The PAC has already raised around $2,000, which it has donated to pro-independence legislators and candidates. The PAC already endorsed and plans to financially support seven pro-independence candidates in addition to the incumbents that it is supporting. A few weeks after the formation of the PAC, SurveyUSA released a bombshell poll, which found that 29% of New Hampshire voters and 52% of New Hampshire Republicans are ready to secede from the union today. As more Granite Staters discover the 100+ reasons that we would benefit from divorcing DC politicians, we can expect the idea to become popular enough to succeed. Remember: not a single anti-independence legislator has agreed to debate Alu publicly. And he has been calling them out publicly for the past year. If one of them says anything negative about secession, ask them why they are afraid to debate.

In this article:New Hampshire 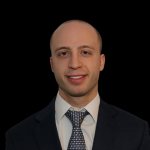 Alu Axelman is an author, activist, and Chairman of the Foundation for New Hampshire Independence.