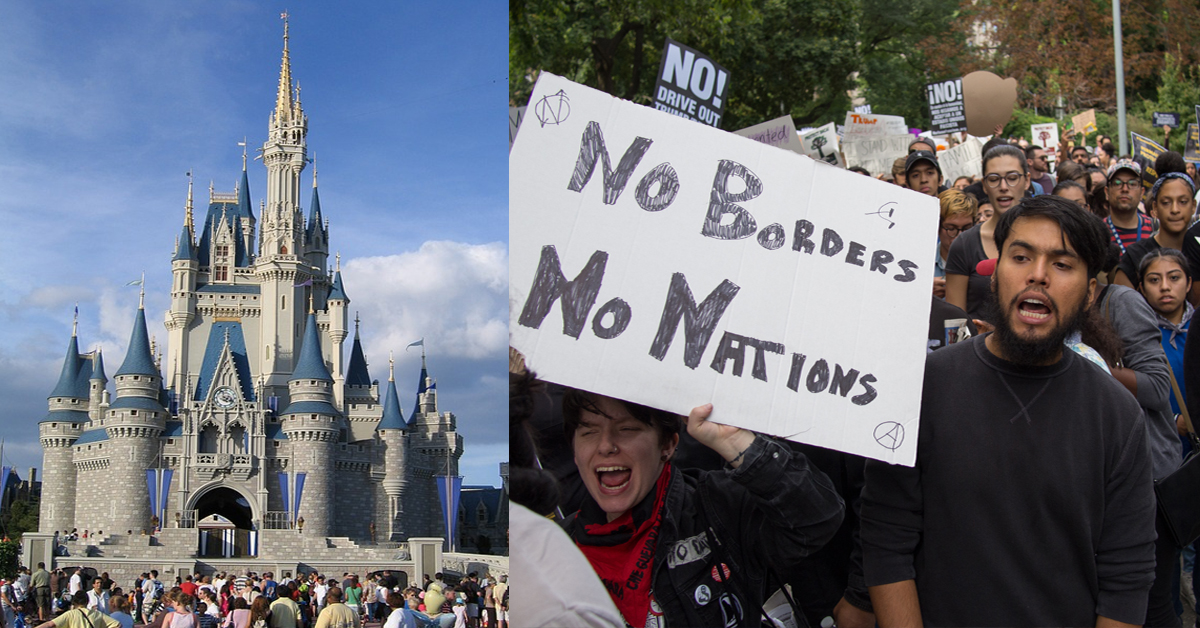 Two days ago, the Los Angeles Times was reporting that DACA recipients and their allies were blocking the entrance to Disneyland, in an attempt to bring attention to their concerns and convince enough politicians to grant them legal status. It said:

DACA recipients, commonly called Dreamers, stood in a crosswalk at South Harbor Boulevard around 10 a.m. and blocked buses from entering the Anaheim theme park. The 15 protesters were quickly removed by law enforcement officers and were relocated to a sidewalk, where they held signs and chanted, “No dream! No deal!”

DACA recipients are by far the least offensive of illegal immigrants by virtue of being children (thus not responsible) when their parents decided to illegally enter the U.S. Even some of the most anti-illegal immigration advocates are willing to consider carving out an exception for them in whatever plan they favor for dealing with illegal immigration in general. However, with stunts like these, blocking the entrance to the most magical place on earth, having nothing to do with their particular issue, the “dreamers” will very quickly evaporate what good will they have. Blocking theme parks, or highways, etc. may bring attention to their plight, but it will likely be the negative kind.

The ill-conceived strategies of anti-deportation protesters aside, ultimately, responsibility for DACA and other illegal immigration issues ultimately lies with the federal government. For years, Washington refused to secure the border or even follow existing law regarding immigration. If things had been different, the U.S. would’ve been less a magnet to draw illegals to the Union, and the issue of the dreamers wouldn’t have become the political football it has turned out to be.

When Texas reclaims full sovereignty from Washington, we will then be able to craft an immigration policy that isn’t double-minded and puts the needs of Texans first. It’s about time Texas recognize that the wants and goals of the United states, and the needs of Texas, are two very different things. We’re unlikely to ever see any of our concerns properly addressed as long as we’re tethered to the broken bureaucracy of D.C.

In this article:featured, Ryan Thorson