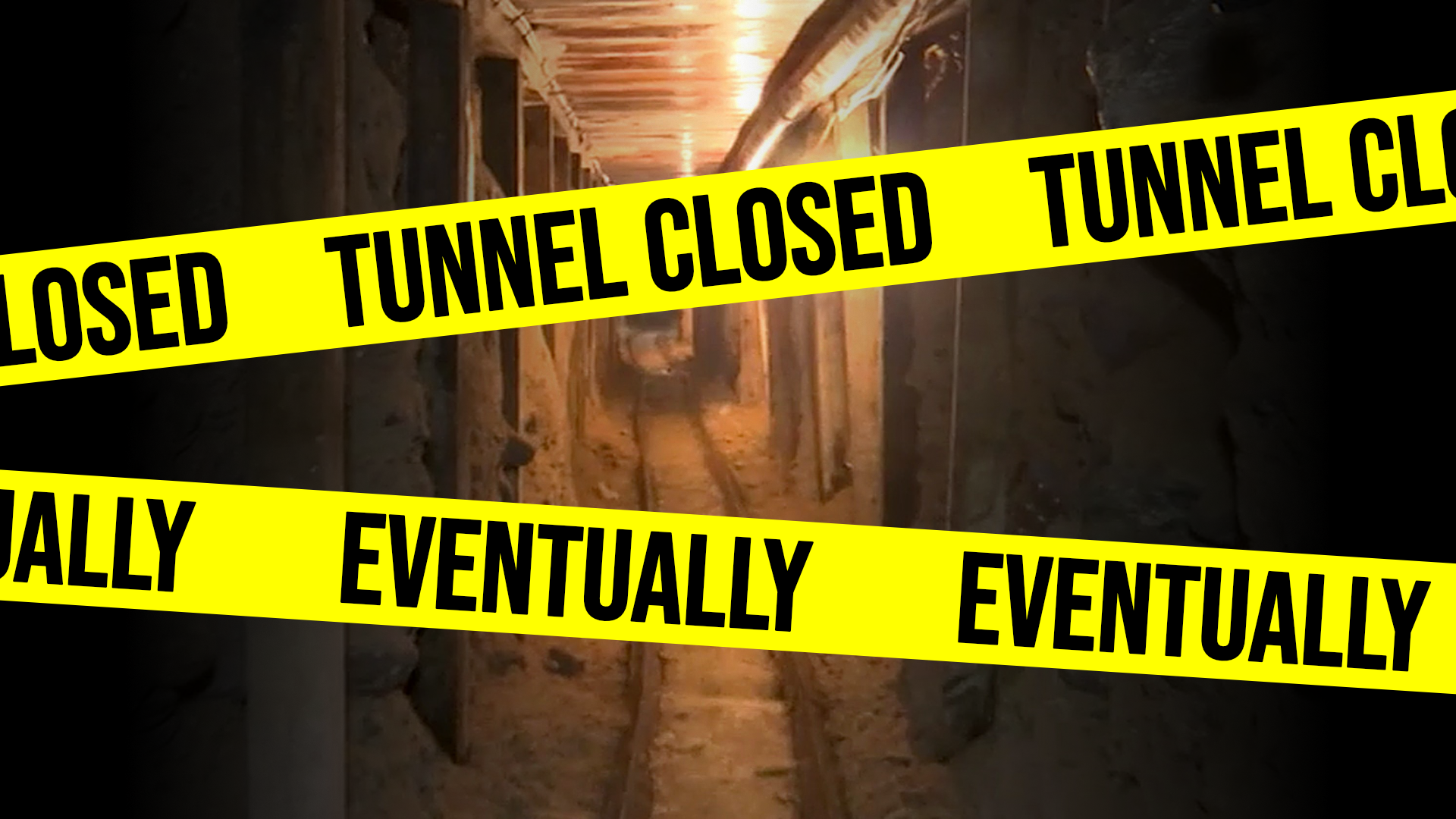 A bill was signed into law today that gives the Customs and Border Patrol the authority to close off tunnels under the US border.  These tunnels are used to smuggle drugs and for illegal border crossings.

Legislation authored by U.S. Congressman August Pfluger, TX-11 and U.S. Senator John Cornyn (R-TX) has been signed into law.  H.R. 4209, the DHS Illicit Cross-Border Tunnel Defense Act, was included in the National Defense Authorization Act of 2023 and signed into law Friday.  Two Texas legislators were behind the bill, and it was one of the many items stacked into the omnibus bill.  Is it a win?

Pfluger seems to think it is, saying, “Now, Customs and Border Protection (CBP) will have the tools and resources they need to develop a plan, destroy the tunnels, and prevent these dangerous products from flowing into Texas. I am proud to see my legislation signed into law and will continue the fight to secure our border.”

On the surface, that sounds nice.  If you dig a little deeper, you see typical subsurface political promises with no weight.  Why be skeptical of the latest tunnel-busting effort, when there are roughly 230 known tunnels?  Let me break it down for you.

The DEA established a Tunnel Task Force in 2003 to use a range of high-tech methods and intelligence information, along with surveillance methods, to root out the drug tunnels.  For 19 years, the government has known enough about tunnels to set up a Tunnel Task Force and promise “high tech methods and intelligence information.”  To me this suggests several things.  One, the DEA and CBP don’t talk much.  If BP found a tunnel, DEA could close it.  Two, they’re not very good at their day job. If DEA had authority to deal with tunnels, why do we need a bill to give authority to CBP?  Three, it’s mostly about the money. Does the DEA tunnel funding switch over to the CBP?  Probably better not count on that.  The US will just throw more money and more agencies at the problem if the first agency and first spending couldn’t solve the problem.

Pfluger claims that the tunnels go farther back, saying that “for the last thirty years” tunnels have been “used to smuggle drugs, weapons, and even humans beneath the Mexico-U.S. border.”

For 30 years, they’ve known.  For 19 years, they’ve had a government task force.  This week they’re passing legislation that gives the problem to yet another government agency. The legislation charges the Border Patrol to “make a plan.”  30 years, and they still don’t have a plan?   If you have hope that the tunnel problem will be solved this time, I’ve got some beach front property in Amarillo to sell you.

What does it take to close a border tunnel?  A bit of dynamite?  A bulldozer?  Probably not a couple of government agencies.  Definitely not 30 years of “good enough for government work” or a 20 year long “task force.”  An independent Texas would have been taking care of business a long time ago when it comes to all of the border issues, tunnels included.  There’s nothing in this week’s tunnel news to rejoice about.

In this article:Border, featured, tunnel