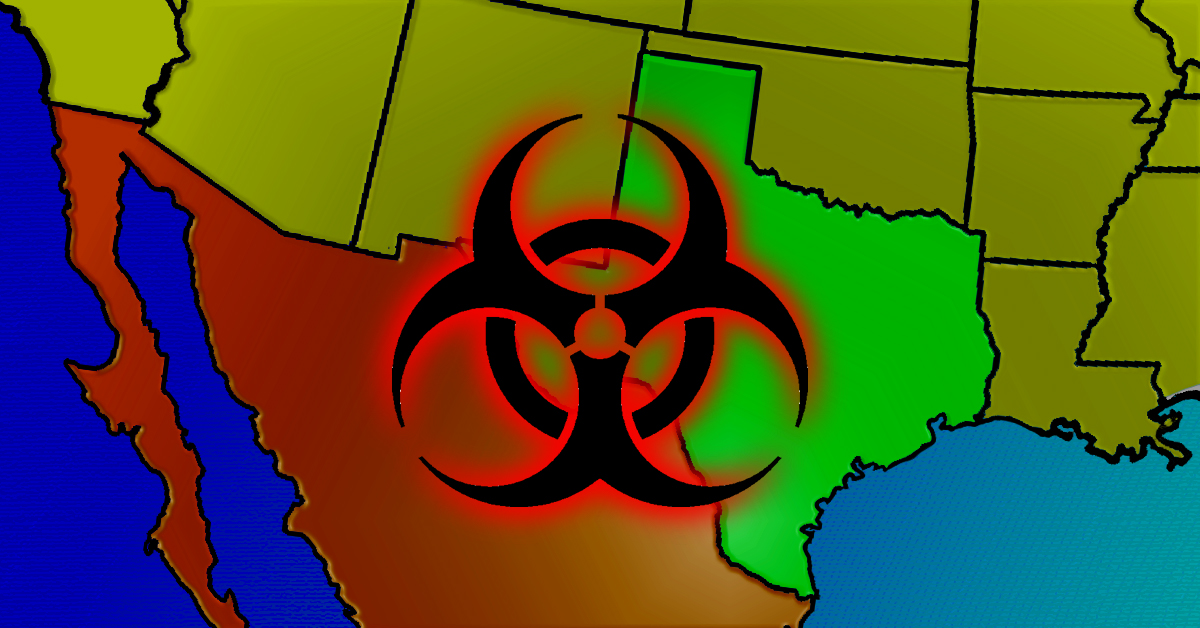 AUSTIN, TX — On August 31, 2018, two high-level sources with connections to the intelligence community, warned the Texian Partisan that a sizable Congolese terror operation was being organized to deliver human carriers of Ebola, resistant TB, resistant Hepatitis and resistant HIV strains across the U.S. Southern border with Mexico.

The known details are as follows: Undercover FBI sources operating on both sides of the Texas/Mexico border have strongly warned that a Mexican Cartel (with help from its connections in the corrupt Mexican government) are attempting to introduce third-world communicable diseases into Texas and other states through infected persons from the Democratic Republic of the Congo. After penetrating the southern border and introducing these infected persons, the goal is to create a pandemic, spreading their diseases first through known high-risk demographics.

The possibility that such a scheme could be successful is alarming. You may remember how some states experienced a rise in diseases (such as measles) following the 2014 refugee crisis. Although that was only one example of an organic biological threat, the plot revolves around purposely introducing several diseases. According to the CDC, more than “30% of U.S. border families [that] are living at or below poverty level” are in great danger of being infected from such pathogens, so states such as Texas and California stand uniquely exposed in the event of such a coordinated biological attack.

Texian Partisan is convinced of the credibility of the sources of this information as well as the imminent necessity for law-enforcement to competently respond to this threat before a major outbreak can be precipitated. And while this issue is already known to the federal government, it remains unclear whether they will do everything necessary to deal with the threat.

Though attempts to enforce the border are up under the Trump administration, there still are many in the federal judiciary that resist any legal requirements on immigration. Additionally, the open borders doctrine is supported by a number of violent left-wing agitators that have become a regular fixture in the American public-sphere, making it difficult for enforcement authorities to do their job. As long as the U.S. government is at war with itself regarding immigration policy, this threat will not go away anytime soon.

Considering the bi-polar state of immigration enforcement in Washington and the vulnerability that Texas has to threats like the purposeful introduction of persons with communicable life-threatening illnesses into our state, shouldn’t our leaders be prepared to do what’s necessary to protect Texans? If the Washington cannot/will not wisely use the authority Texas delegated to them, are we not justified in firing the federal government? If the leaders of Texas are not willing to even explore the option of Texas independence, then they will be responsible if an outbreak occurs while failing to do everything necessary to prevent it.