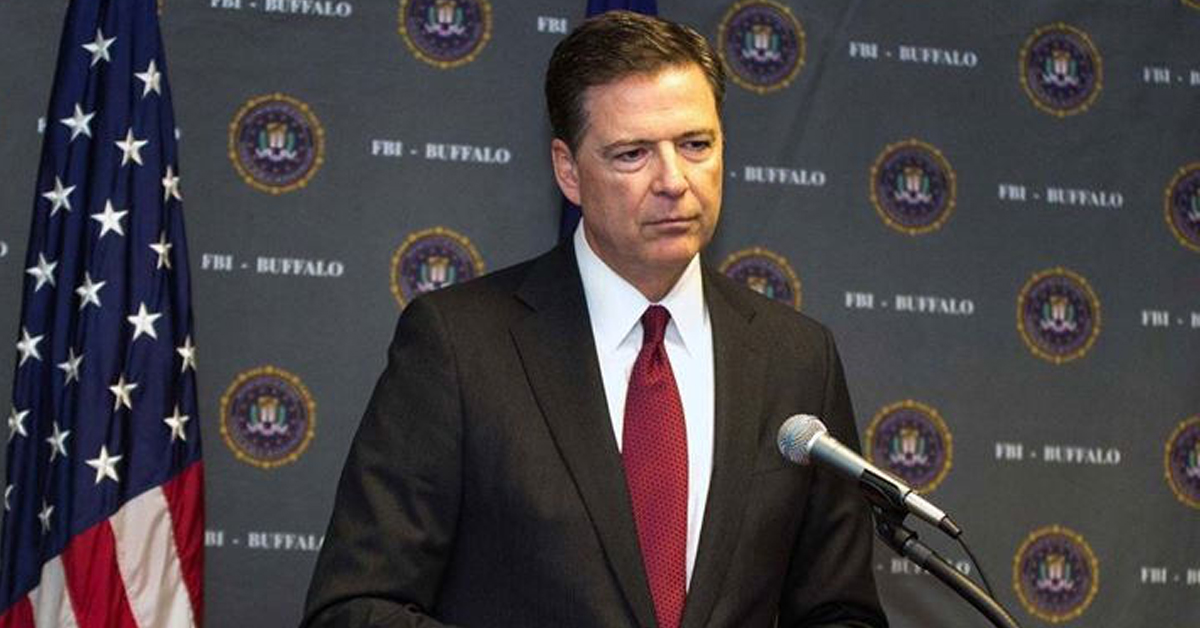 This week in Washington and throughout the media, there’s been a of lot excitement over the firing of FBI Director James Comey. For a guy that had become as universally disliked as Comey had over the past year, it’s a wonder that his departure could stir such strong feelings. After all, has Washington run out of self-important and shady politicians to replace him with?

Most Republicans are glad to see him finally dismissed. However, a few have reservations about the timing and wonder if this shows the President to be again too impulsive, perhaps even incompetent for the way he handled the situation.

Most of the nation, regardless of party, eagerly greeted this, until their handlers let them know the proper narrative to take (see the clip from Stephen Colbert). And while the rank-in-file Republican is happy, and maybe trying not to look to closely at the optics of all this, on the other hand, the Democrats and some non-Democrat Never-Trumpers are assuming that this has to do with Trump’s as-yet-unproven Russia connection. They’re busy crying “cover-up!” and “obstruction!” and eagerly anticipating the President boarding a helicopter from the White House, turning to give a double two-fingered salute, and flying off into history after his mammoth five month administration! That should be happening any… minute… now!

As interesting as all this is, currently, there are no smoking guns, and no reason to celebrate. I’m sure many have found reasons to confirm their own beliefs, one way or another, but facts are in short supply.

Yet, there is a lesson here, for all Texans. The kerfuffle over dumping Comey is just a small part of the circus that is federal governance in the United States. This big top’s main attractions are incompetence, scandal, waste, and avarice. Few care about the rule of law, the Constitution, the existential threat of our debt, or our disappearing individual liberties. For the party in power, the focus is staying in power and backing their side no matter what compromises or illegalities. And the party out of power focuses on regaining that power and making sure everyone know the other guys are devils, while also distracting the public from remembering how awful they were when calling the shots. In the meantime, the people and the Union’s very serious problems are forgotten. No! Worse than forgotten: ignored and abandoned.

After decades of farcical mismanagement, it should be clear that the Union no longer functions. For years, politicians claimed all we needed was the proper hands at the levers of power. Comedically, the proper hands never seem to materialize. And whether this issue with Comey is a case of mere incompetence or the depths of villainy, the federal government is ready to provide you with more examples of both tomorrow.

Washington hasn’t done right by its agreement with Texas, and if we’re smart, we’d get out. Texas can do much better with the hundreds of billions of dollars we send to be thrown in the Potomac each year; we certainly couldn’t do any worse! Anything’s better than doing the same thing and proverbially expecting a different outcome.