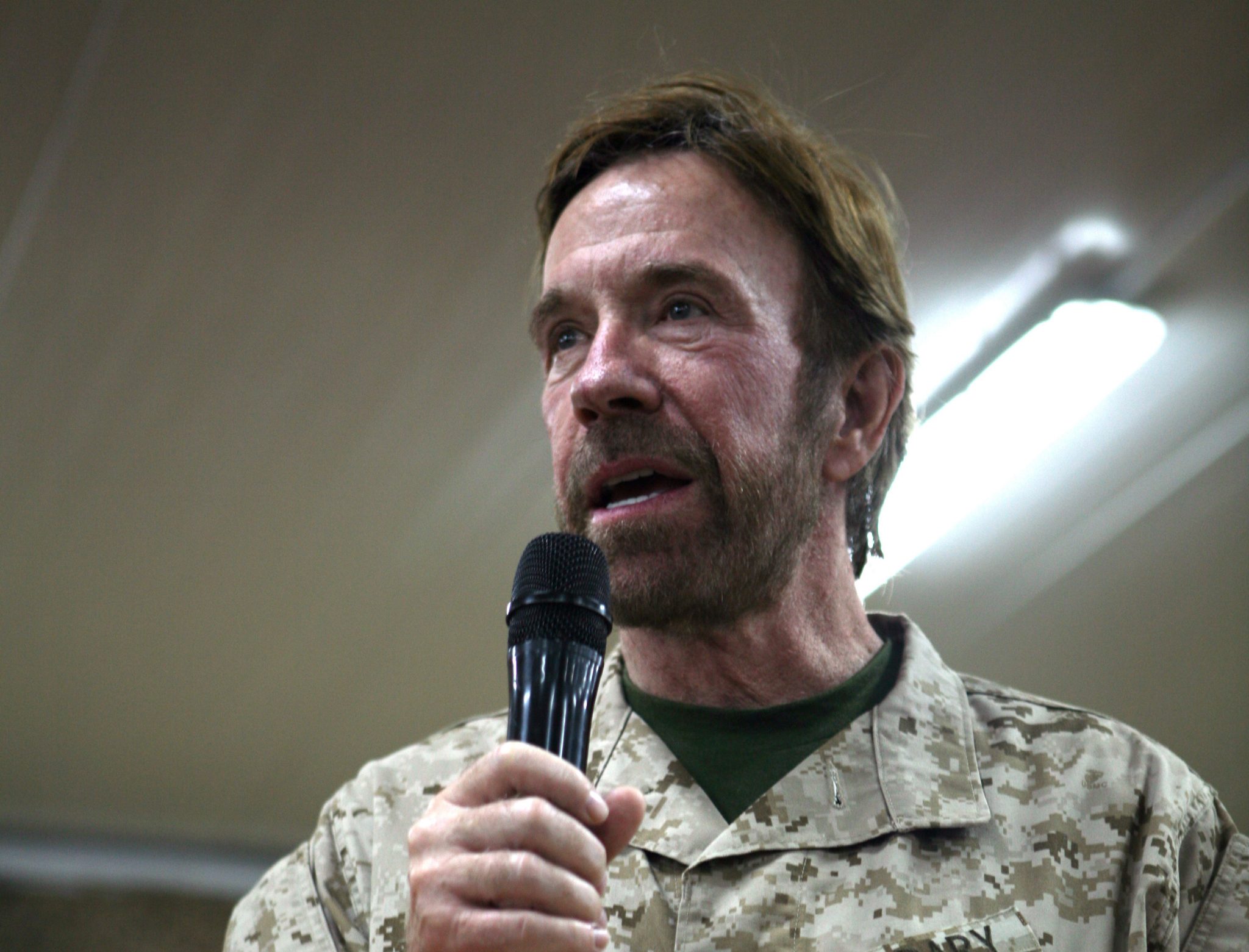 AL ASAD, Iraq  Actor and martial arts star Chuck Norris speaks to Al Asad service members during his meet and greet, Sept. 15. The event at Al Asad was one stop on Norris tour of various bases in the Middle East to show his support for service members.

The Texas Senate has just named Chuck Norris an honorary Texan for his contributions to Texas culture. On 4/4/17, Chuck and his wife were in Austin to receive the honor from the Senate, together with a Senate gavel and a Texas flag that had been flown over the Alamo.

While born in Oklahoma, Norris has in his life also called Texas home. And it is here that Norris gave life to his seminal acting role as Walker, Texas Ranger (1993 to 2001), shot in the area of Dallas and Fort Worth. It was his notoriety from this show that played a role in his being named an honorary Texas Ranger by Rick Perry in 2011.  However, Mr. Norris also is well respected for his philanthropy work with injured veterans and struggling children.

Also known to be politically active, not a man to mince words, Mr. Norris endorsed Texas Senator Ted Cruz in the 2016 presidential race, who (like himself) is also an an outspoken conservative.

While having a movie career that goes back to 1972’s The Way of the Dragon, in which he took on the legendary Bruce Lee, perhaps Norris’ most popular cultural influence are the jokes, or facts, that attribute him super-human abilities and feats of strength. My favorite is:

When Chuck Norris enters a room, he doesn’t turn the lights on, he turns the dark off.

Now that Chuck Norris is an honorary Texan, and with his proven track record of supporting conservatism, maybe he could roundhouse Straus and get some conservative reforms moving.  After that, maybe he could karate chop the bigwigs holding the people back from having their say on Texas sovereignty.  If anybody can do it, Chuck can.  He never makes mistakes, and he can make fire by rubbing two ice cubes together!