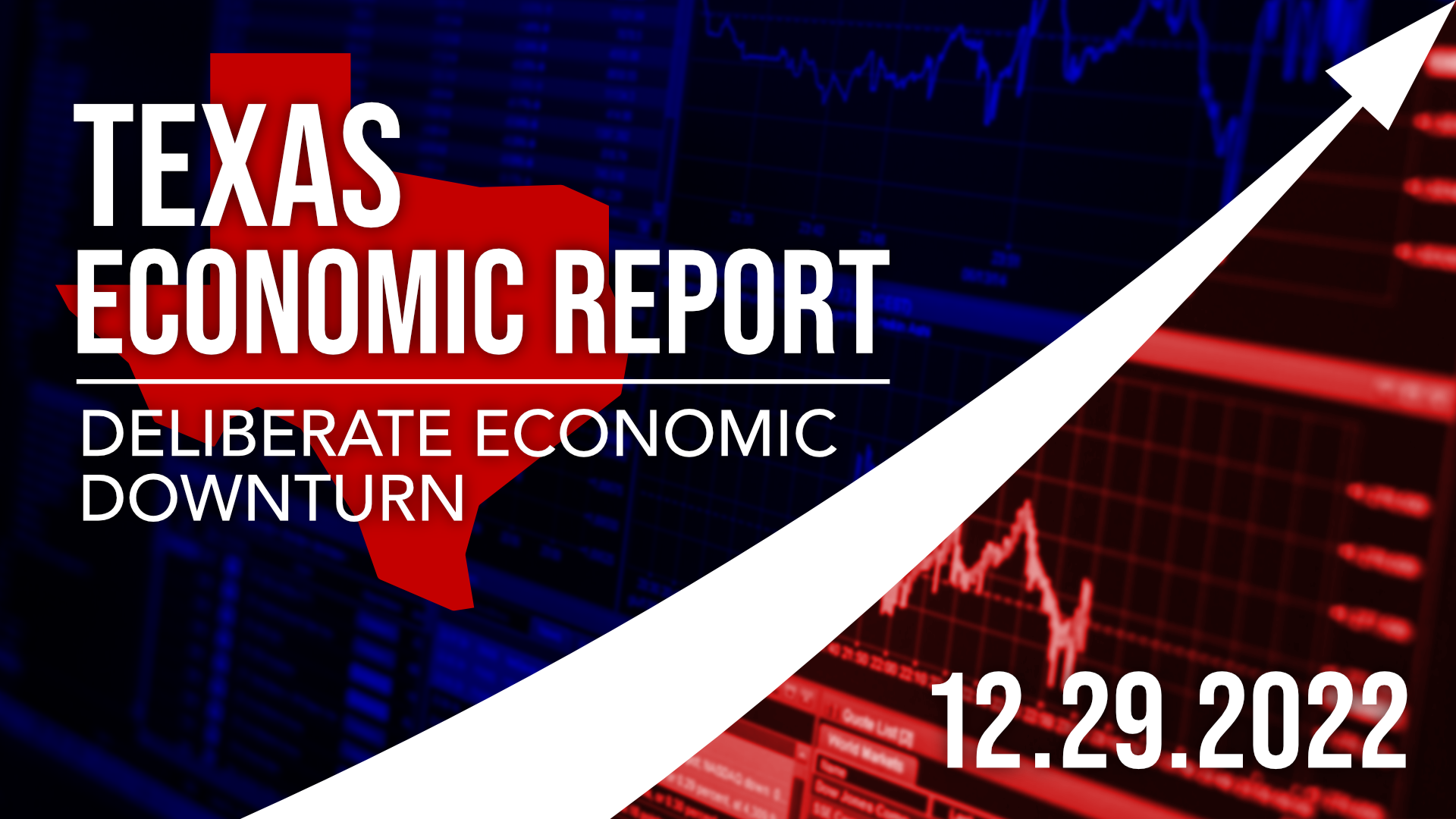 As the US continues to battle inflation and move toward recession, President Biden is determined to make it so much worse by advocating for higher taxes on energy producers.

BlackRock — the world’s largest asset manager — says central banks are ‘deliberately’ causing recessions and warns of a downturn unlike any other. 3 shockproof assets to consider: “BlackRock’s team of strategists . . . believe that central banks are ‘deliberately causing recessions by overtightening policy’ in an effort to bring price levels under control. . . . In the past, when the economy entered a downturn, the Fed typically stepped in to help. But due to the cause of this projected recession, BlackRock says we can’t count on the central bank.”

Strap In Folks: Big Investment Firm Warns Of A MASSIVE Global Recession ‘Unlike Any Other:‘ “The IMF declared that a global recession is already in the cards, and now this significant investment firm is backing up that view. Not only that . . . one of the largest investment firms in the world (Blackrock) says that the economic outlook is bleak for 2023. . . . The worst news is that inflation and other issues aren’t going away anytime soon. This leaves the economy in a weaker spot than before, and it means that lawmakers worldwide don’t have the tools in their arsenal that they did to fight recessions in the past.”

‘They ain’t seen nothing yet’: President Biden has accused oil companies of ‘war profiteering’ and threatened them with a new windfall tax. Will it help with gas prices? “In the wake of scorching inflation and Russia’s war in Ukraine, major gas companies like Chevron and Exxon Mobil are raking in profits. . . . President Joe Biden . . . launched an attack on the industry, calling their record profits ‘a windfall of war,’not the result of anything ‘new or innovative.’ . . . Biden appears to be proposing a “windfall” tax to redistribute profits to American consumers still paying out the nose at the pump.”

(NOTE: This is not only not helpful, it is outright harmful and would heighten inflationary pressures.)

Investors think stagflation—a 1970s style death spiral—is a bigger threat to the U.S. economy than a recession: “About 65% of investors believe stagflation is a bigger risk than a recession, according to the 2023 Natixis Outlook Survey that surveys global institutional investors who oversee a combined $20.1 trillion in assets under management. . . . Stagflation is typically defined as an economic cycle where there’s persistently high inflation as well as high unemployment and slow economic growth. . . . In the U.S., the best example of stagflation occurred in 1970s due, in large part, to the oil crisis. While high inflation is challenging for central banks like the Federal Reserve to tamp down, stagflation is much more difficult to control because correcting one aspect of the problem, like unemployment, could make another aspect like inflation, worse.”

NOTE: This all sounds so familiar, where have I heard this before? Oh, yeah . . . I wrote about this two and a half years ago for the TNM. Read it here: https://tnm.me/news/economic/i-am-terrified-an-economists-perspective/

‘You don’t have to settle’: It’s a ‘worker’s market’ as the newest job numbers show The Great Resignation is still rolling amid recession fears: “The latest U.S. Bureau of Labor Statistics report shows another 4 million Americans quit their jobs in October. . . . The number of job openings edged down to 10.3 million in October, compared to 10.7 million in September. That’s still two jobs available for every worker who’s looking. . . . With the rising cost of food, gas and everything else giving all Americans a pay cut, workers who haven’t yet made a move have every reason — and every opportunity — to act soon.”

Nearing A Complete Collapse: Europe’s Largest Bank STOPS Funding Of Integral Oil And Gas Projects: “[O]ne of the largest banks in Europe has decided to stop all financing of oil and gas projects. . . . The bank is known as HSBC, a multi-national investment bank. They say that they have decided to stop investing in oil and gas projects to try to meet their targets for green energy set by significant nations and other global elites. . . . HSBC is one of the top proponents of the investment philosophy known as ESG (environmental, social, and corporate governance). . . . This philosophy requires that banks like HSBC consider factors such as the environmental impact of their investment choices and how they can push for ideas such as equality and inclusion.”

‘Slow-motion train wreck’: Economist Dr. Doom is extra gloomy as he warns of a ‘deep and protracted’ recession—and says World War III has already begun: “Nouriel Roubini, [t]he economist, professor emeritus at New York University’s Stern School of Business, and CEO of Roubini Macro Associates, has . . . earned the moniker ‘Dr. Doom’ for his pessimistic forecasts. . . . And on Sunday, Roubini—once again—warned that the global economy is heading for disaster. . . . And even though the U.S. is in a better place than many nations, according to Roubini, Americans can expect a recession too.”

Six-Figure Blue-State Safety Nets Are Driving Americans Out of the Work Force, Study Finds: “The value of welfare and government-provided health insurance for some U.S. households in certain blue states exceeds six figures, exacerbating the labor shortage that has plagued the U.S. economy in the wake of the Covid pandemic, according to a newly released study entitled ‘Paying Americans Not to Work.’ . . . In 24 states, unemployment benefits and Obamacare subsidies for a family of four with two unemployed parents is equivalent to — and in some cases, exceeds — the national median household income, according to a recent study conducted . . . on behalf of the Committee to Unleash Prosperity. . . . In 14 states, a family of four in which both adults are unemployed can receive unemployment insurance and Affordable Care Act subsidies equivalent to a job that pays $80,000 in combined salary and health benefits. Washington, New Jersey, and Massachusetts provide safety-net programs that provide the equivalent of over $100,000 in annualized cash and benefits for a family of four.”

In this article:economy, featured, recession