In this two-part article on Catalonia, South Tyrol and Austria, we are examining disparate independence movements while highlighting a unifying theme. Part 1 covered Catalonia and South Tyrol. In this second part, we look at Austria and then close with some observations. 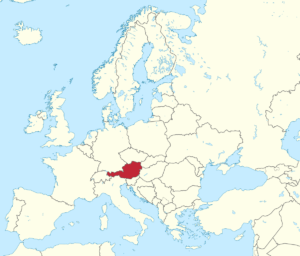 The ÖVP must form a coalition with one (or more) of the other parties in order to gain a majority to rule. They invited the FPÖ to form that coalition. Some have mistakenly interpreted Kurz’s offer to govern with the FPÖ as an indication that he favors leaving the EU. Not so. Although the FPÖ wants to leave the European Union, Kurz has repeatedly stated they must contain their “Aus-EXIT” leanings in their coalition. In a recent article,2 “The Guardian” wrote:

The 31-year-old [Kurz], who is poised to become Europe’s youngest leader, warned that a coalition with the far right was only an option as long as Austria’s “pro-European direction” was retrained [sic], citing the country’s upcoming presidency of the Council of the EU in the second half of 2018.

Kurz had repeatedly criticised the FPÖ in the run-up the elections for its links to Eurosceptic parties such as France’s Front National or Italy’s Northern League.

Whether “The Guardian” intended to write “retrained” or “restrained” above, in either case Sebastian Kurz wants to preserve Austria’s opportunity to hold the office of president of the Council of the EU. What can we learn from these three political movements?

As we’ve seen, a majority or near-majority of the people of Catalonia desire complete autonomy from Spain. Yet,their right to self determination is hindered by article 155 of the Spanish Constitution, as well as the inability to defend themselves again Spanish force. Similarly, the South-Tyrolean Freedom Party of South Tyrol wants to sever their relationship with Italy to re-join their Austrian cultural brethren. Yet, in contrast, new Austrian chancellor Sebastian Kurz and his party, the ÖVP, want to preserve their membership in the EU while forming a coalition government with the Freedom Party.

In each region a majority of the people are exercising their right to choose their political destiny, as our Declaration of Independence so eloquently states: “… Governments are instituted among Men, deriving their just powers from the consent of the governed …” Texans also ought to be able to exercise their right to choose their political destiny. That begins with a referendum on Texas independence. Join us, the Texas Nationalist Movement3, in demanding that referendum4. Your future, and that of your children and grandchildren, depend upon it!