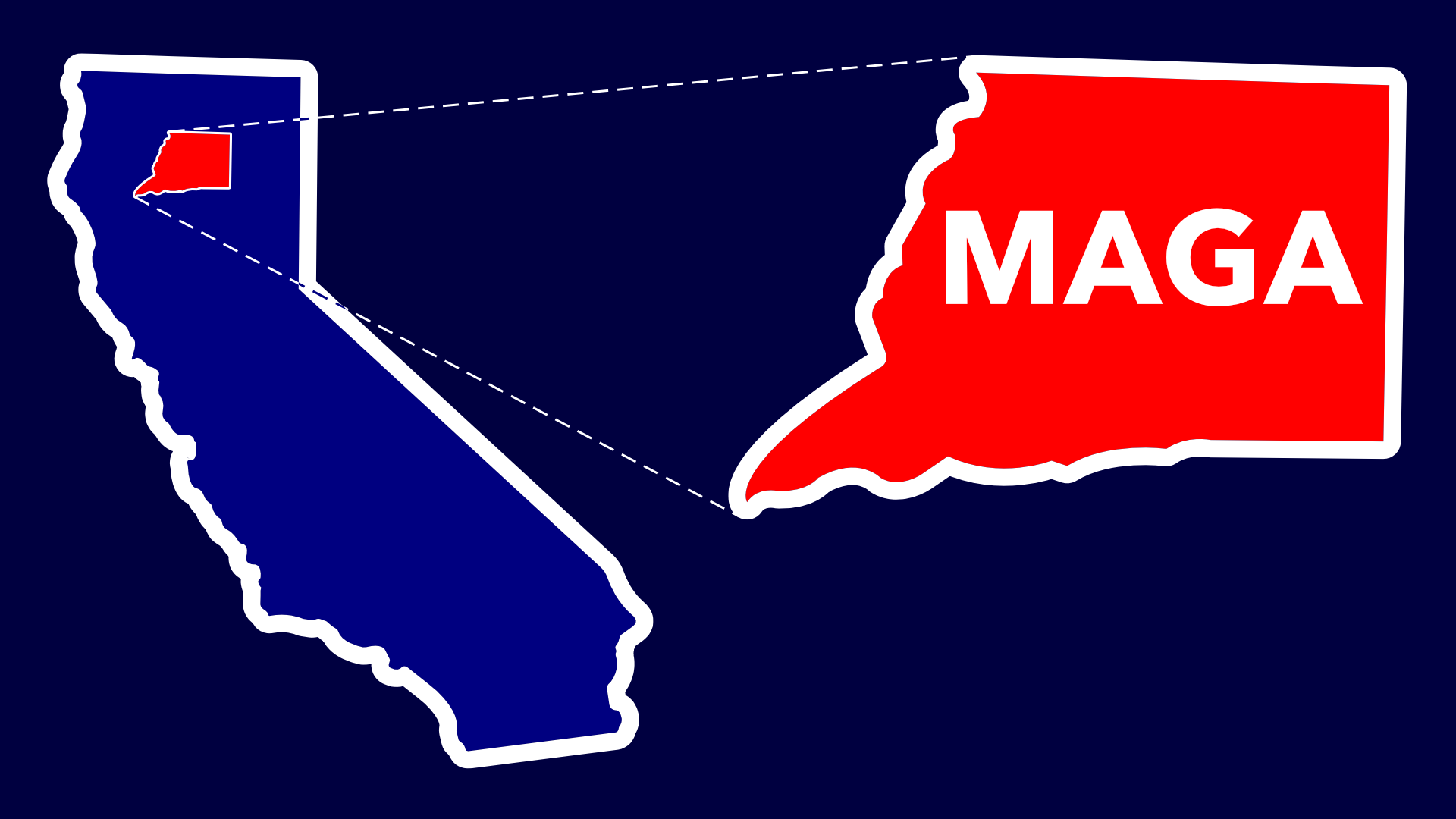 Texans tend to think of California as socially liberal, and so “Don’t California my Texas” has become a recognizable slogan.  But, just like Austin is a long way from Amarillo, California isn’t a homogenous liberal state.  When I saw the New York Times fussing about Shasta County conservatives, I took a deeper look.

As a Texan, I must admit I’m a bit skeptical about the opinion of the New York Times, and skeptical about most people from California, especially when they want to move here. When I saw an article in the Times talking about how “MAGA Took Control” of Shasta county, I had conflicting thoughts, so I did what I’d hope most Texans would do.  I did a little research to see what was going on.

Shasta County is way up north in California, surrounded by national forests that occasionally catch fire, and lakes and mountains that are particularly dry this year.  About 180K citizens live in Shasta County, and Redding is the largest city.  There’s a mega-church there that held huge concerts in defiance of Covid mandates.  They have their own “Big Bend” in the county, although nothing like ours.  It’s the indigenous homeland of the Madesi tribe.  Their Big Bend  is named for a major change in course of the Pit River and its population is only 79.  So what did these folks do to draw the ire of the New York Times?  They did some really crazy stuff, like voting. According to the Times:

“In February, an alliance of MAGA activists, secessionists, vaccine resisters and self-described militia members ousted a longtime board member and won a 3-2 majority on Shasta County’s all-Republican — but officially nonpartisan — main governing body.”

How exactly do you “oust” county board members in California?  You vote them out, same as we do in Texas.  And what happens when the voters change the makeup of a board?  You get actions from the board that represent the voters’ principles.  At least that’s the idea, and why we vote in the first place.

As a Texas nationalist, I was thrilled to see “secessionists” thrown in the middle of the list of epithets from the Times.  Shasta county is right in the middle of the proposed “State of Jefferson”, a long running effort of Northern Californian and Southern Oregon counties to break away from their liberal big cities and form a conservative state.  While I’d prefer the term “self determination”, I can get behind these folks who really just want self-government.  In fact, California actually has a referendum structure on the books, unlike Texas.  If enough people call for an election on an issue, they can get a vote.  If we had that in Texas we’d have a vote already, but alas we have to wait for the legislature.

While I’m sure our opinions differ on many of the specific issues, our effort toward Texit follows a similar path to the people in Shasta County.  We will work within the existing law structure.  We’ll work through the legislative process.  We’ll get a vote, since “all political power is inherent in the people.”  It’s not a revolution, not a war, barely even “secession.”  It’s basic democracy and self-determination, and I bet the New York Times will fuss at us as well when the time comes.

And so while I’m sure I don’t hold all the same beliefs as these folks in Shasta County, it seems like we share one very important thing in common: self determination.  In my mind, these people are welcome to come to Texas any time.  In fact, I’m good friends with a California refugee, a former pig farmer who came to rural Texas and fits in just fine. He brought three of his four kids and their husbands, and they’re school teachers, electricians, truck drivers, and handymen.

I’m Texan enough to find the California stereotypes off-putting or even hilarious.  Some of them are spot-on.  Even so, I’m Texan enough to take my neighbors at face value, with a bias toward hospitality.  If they’re good folks, they’ll get treated like good folks. I’ll go out on a limb and say this: If you live in California, and the New York Times thinks you’re some kind of extremist for your sense of self-determination,  come on down.  You’ll probably fit in Texas just fine.