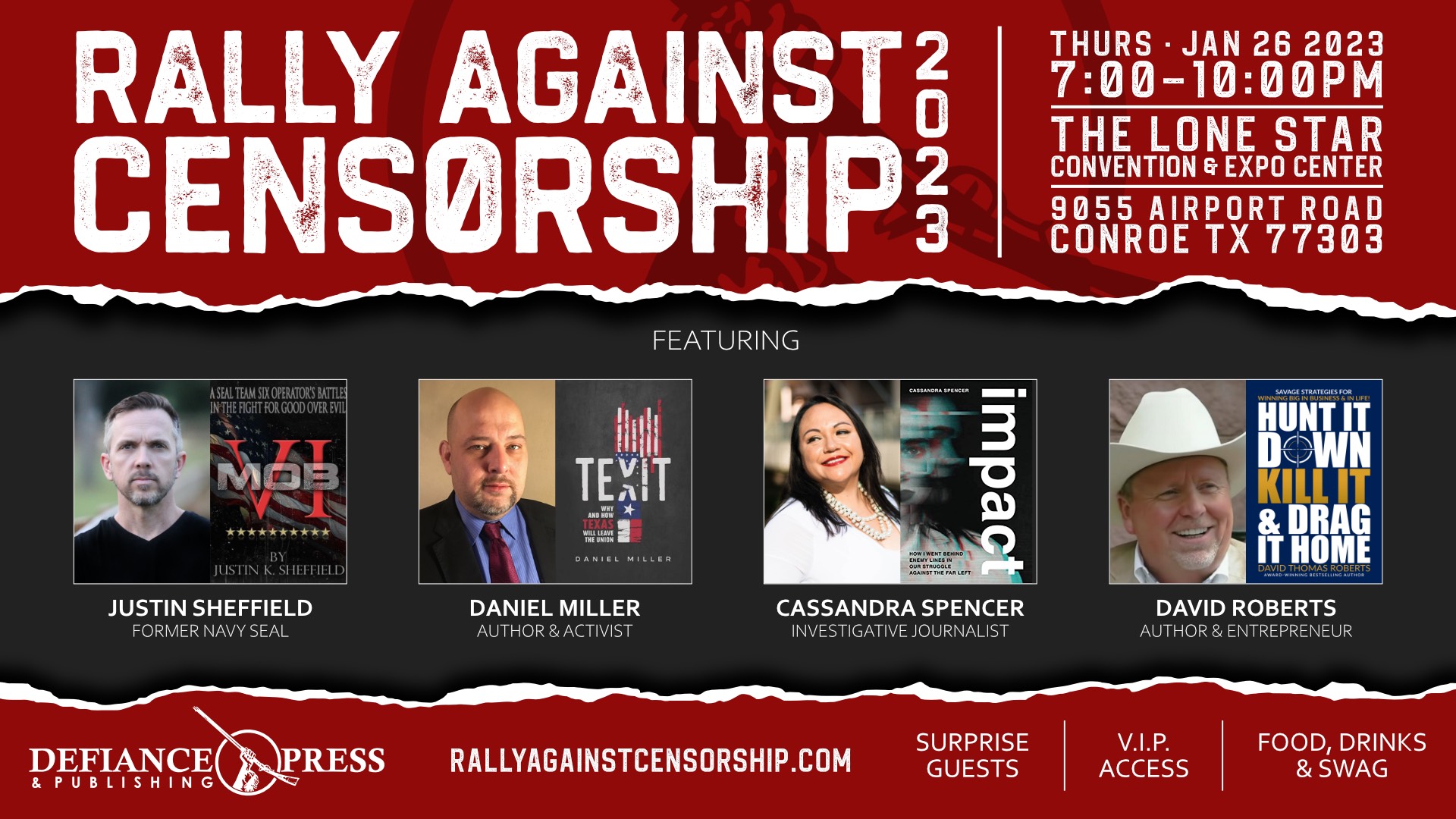 Southern Star Brewery in Conroe, TX was scheduled to host an anti-censorship event on January 26, 2023, featuring Kyle Rittenhouse, Daniel Miller from the TNM, and several other speakers.  Texas grocery giant HEB threatened to pull Southern Star’s products from their shelves over the event, and Southern Star pulled the plug. The event will go on, same date and time, at the Lone Star Convention Center in Conroe.

There’s a special kind of hypocrisy involved in censoring an anti-censorship rally.  Southern Star Brewery agreed to host the rally featuring Kyle Rittenhouse and other activists.  When they received some “hate mail,” they briefly held the line.  The final straw came from none other than HEB, the ubiquitous Texas grocery store that, in recent years, has thrown its weight behind leftist causes.  HEB threatened to pull the brewery’s products from their shelves if Southern Star held the event.  Faced with the loss of substantial income, Southern Star caved and canceled the event.

After that, Southern Star started playing “woke” on social media.  Here’s their Twitter post about the cancellation.

This company who claims to be “apolitical” and claims “we don’t do rallies” has previously hosted a rally for the Texas Nationalist Movement that filled their upper room.

They have also hosted a “Pride” event, which these days hardly seems “apolitical.”

The cancellation of the event drew media attention from the left, including the Texas Tribune and the Houston Chronicle.  The Tribune said a “secessionist leader” would be there, and the Chronicle was aghast that Daniel Miller, who wrote an entire book about Texit, would be there.  They were quick to announce the cancellation but don’t seem likely to announce the rescheduling.

Rittenhouse had this to say about the cancellation via Twitter:

Following the cancellation, the event organizers at Defiance Press went venue shopping and found a place at the Lone Star Convention and Expo Center for the exact date and time.  What makes the move a bit sweeter, the event center is larger and benefits from some public funding.  Click on the graphic below for more information about the event or to get tickets.

No matter what you think of Kyle Rittenhouse, secession, the January 6 riot, or just about any other controversial issue, the first amendment guarantees the right to talk about these topics in a nonviolent way.  Since the “Twitter files” are proving the Federal government’s willingness to suppress speech, and the TNM vs. Meta lawsuit is showing the same on the Facebook platform, anyone with a brain should be thinking about the slippery slope.  If they’ll block Rittenhouse or Miller, they’ll block you and I.  If they block those they disagree with, it won’t be long before they disagree with you personally.

I don’t speak for Kyle Rittenhouse, and I only unofficially speak for the Texas Nationalist Movement, but I am certain of this: the nonviolent political movement for Texas independence via referendum WILL NOT be silenced.