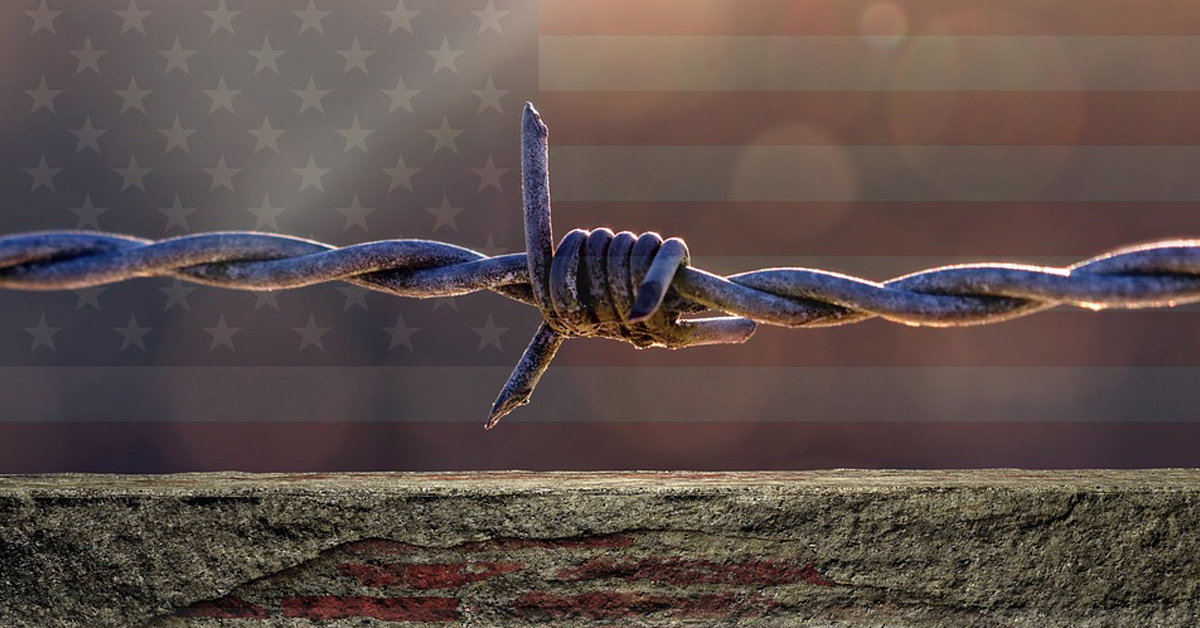 In the congressional budget non-battle, one issue above others has become the proverbial red-headed step-child of politics: the border wall. The Democrats are threatening to torpedo any budget that contains it, and the Republicans would prefer to table the discussion on such an expensive line-item so they can get back to the important work of not solving problems. However, if funding is the issue, then Texas Senator Ted Cruz has a solution. (Spoilers: it’s not about funding.)

In a Fox Business report by Brittany De Lea, it is reported that “Senator Ted Cruz introduced a proposal to fund the Trump administration’s southern border wall Tuesday using money forfeited from the criminal prosecution of drug lords, including the infamous drug kingpin Joaquín ‘El Chapo’ Guzman.” By using confiscated funds from convicted criminal drug traffickers, the El Chapo Act gets tax payers off the hook for paying for building the wall, of which Trump promised would be paid for by Mexico. With the funding issue seemingly dealt with, problem solved, right? Well, not so much. Now, the questions that remain are, “Will Democrats allow it?” and, “Will the Republicans make a stand?”

In a CNN report by Manu Raju and Phil Mattingly, “Senior Democrats privately say that a funding bill to build the border wall will likely be blocked in the Senate — especially if the plan would add to the deficit or impose a new tax on Mexican imports.” This is not an idle threat. Even though El Chapo may take care of the funding issues, Democrats also have an ideological objection to the border wall. Additionally, the Democrats are acutely aware that their base is watching, and Democrat politicians would likely pay a large political price for not opposing this most emblematic of Trump campaign promises. However, the upside for Democrats is that they may not have to fight too hard.

The most favorable way you can describe GOP attitudes on building a wall is indifference. At worst, Republicans in Washington seem to be desperate to cast off any semblance of conservatism in the current budget, including the wall. Additionally, the GOP simultaneously seems bent on appeasing their political opponents by giving them everything they want. Described by Daniel Horowitz of Conservative Review as “Betrayal beyond belief,” the concessions include funding for sanctuary cities, refugee resettlement, Planned Parenthood, and a many other Democrat agenda items. With a minor exception of more military funding, the GOP get almost nothing of their stated agenda items, issues where they’ve previously planted their standard. The only way this budget could be any worse is if it include funding for providing Democrats with pony rides and ice-cream!

Additionally, President Trump himself has not fought back in any meaningful way. He hasn’t taken to twitter to attack RINOs, like he viciously did to the conservative House Freedom Caucus. Extraordinarily, there hasn’t been any promise of a veto if Trump doesn’t get his wall funding. So, who’s left to fight for Republicanism if the Republicans won’t? Being that the GOP now controls the whole federal government, excuses for inaction seem pretty weak-tea. If the GOP will not stand now, the only conclusions that can be reasonably drawn is that either the GOP afraid to fight for their beliefs or they don’t really hold those beliefs. Either way, it seems that Democrats have emerged the big winners. In spite of losing Congress and the White House, they still get most of what they want. Given a choice between Democrat rule or Democrat rule with Republicans as the middle-man, it’s a wonder that Republicans vote any more.

Trump has promised to reform Washington, and specifically, he promised hundreds of times to build a wall on U.S.-Mexico border. He has made little progress on either front. And for many Texans and Americans, ones who are tired of a federal government that will not defend its own sovereignty nor allow the states to do so for it, Trump’s failure to deliver on the crucial promise of a wall could break his administration.

Daily, Texas is reminded that Washington will not be reformed, but will instead continue to ignore the people’s wishes. We certainly need defended borders and boundaries, but that’s only one of the many important crises that the federal government refuses to address. If Texas wants to see any of these issues solved or managed in a meaningful way, and in our life-time, then we will have to do it ourselves as an independent nation. Either that, or could gamble a few more generations of Texans that Washington will magically become responsible.