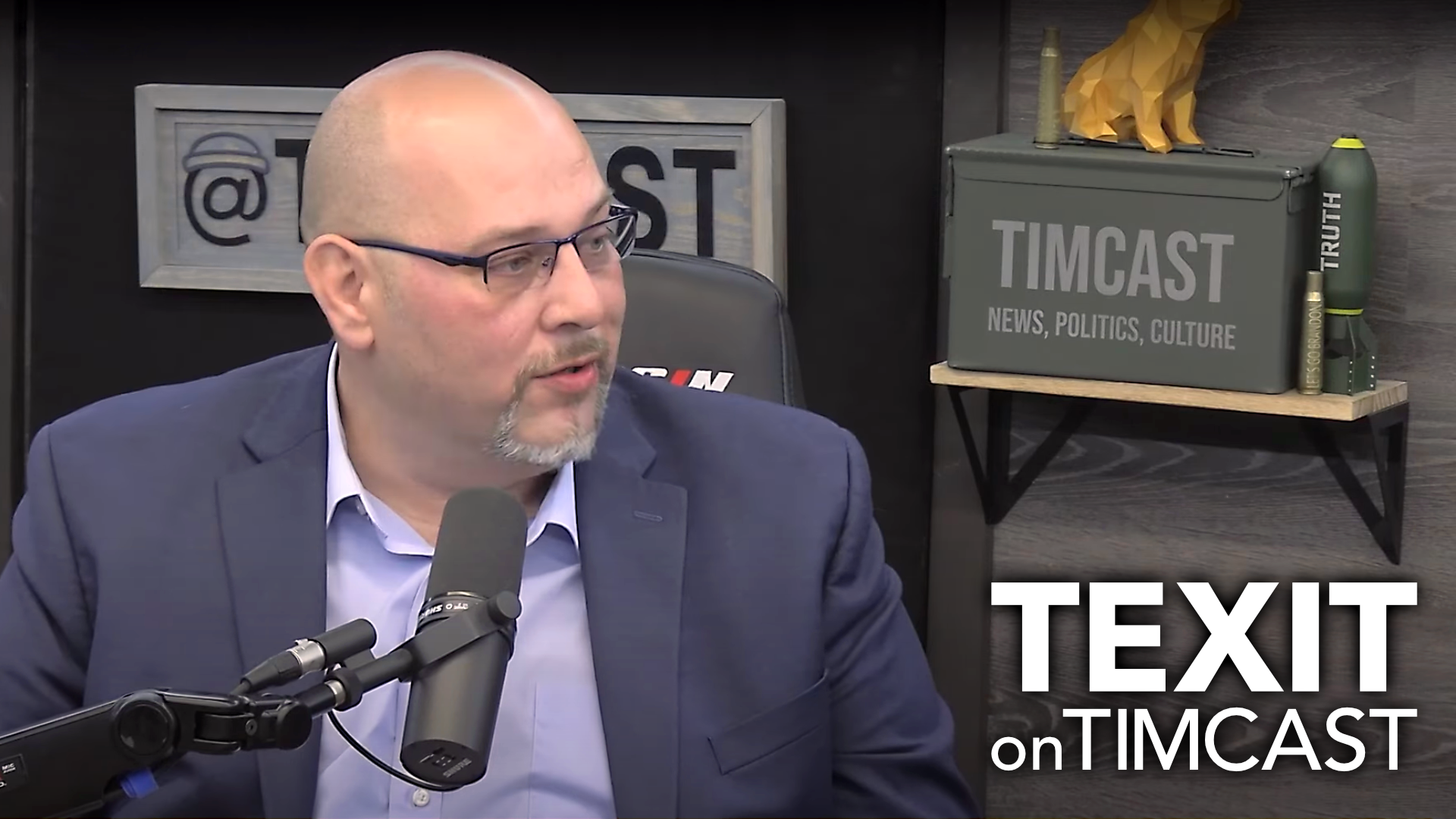 As the momentum for Texas independence grows, we’ll find ourselves on bigger stages talking to bigger audiences.  Daniel Miller made an appearance on Timcast IRL, Tim Pool’s show, to talk about Texit.

This week Miller appeared on the Tim Pool show, Timcast IRL.  Pool’s YouTube channel has 1.3 million subscribers.  His freewheeling talk show format includes both liberal and conservative perspectives and guests.  Pool himself tends to be pro-Trump, and he has a regular co-host who leans hard libertarian.  Two days after the broadcast, the episode featuring Miller had 436K views and climbing.

What was the message that Daniel Miller shared with the Timcast audience?

The stages grow bigger and more diverse, but the message never changes.

Here are some excerpts from the show.

The idea that perhaps we should take care of ourselves has never been revolutionary and certainly not fringe.  Applied to Texas politics however, the ideas of political self-determination have grown more and more mainstream over time.  While our position hasn’t changed much over the years that Texas should be a politically self-governing nation, the public perception of that position has moved more toward the center.

With greater knowledge and acceptance of our cause comes greater opportunity and greater responsibility.  TNM president Daniel MIller is our primary spokesperson.  He does around 100 media interviews a year on media outlets of all sizes.  Highlights have included a primetime appearance with Sean Hannity on Fox News in 2012 and an appearance on Fox Business in 2018.  We are well established in the traditional media, to the point that we are starting to take more shots from the opposition.

When you’re not making any progress, you can be successfully ignored. When you’re going places, the opposition starts to take notice.  What does that opposition look like? It looks like Google down-ranking our keywords.  It looks like shadow-bans on social media, and when that doesn’t stop us, it looks like outright censorship, such as Facebook blocking our links entirely.  It looks like “hit pieces” that tell half truths and pessimism, with titles like “are they really serious?”  Yes, we are really serious, thanks for asking.

The audience gets bigger and bigger, but the message will stay the same: Texas first, Texas forever, Texas free and independent.