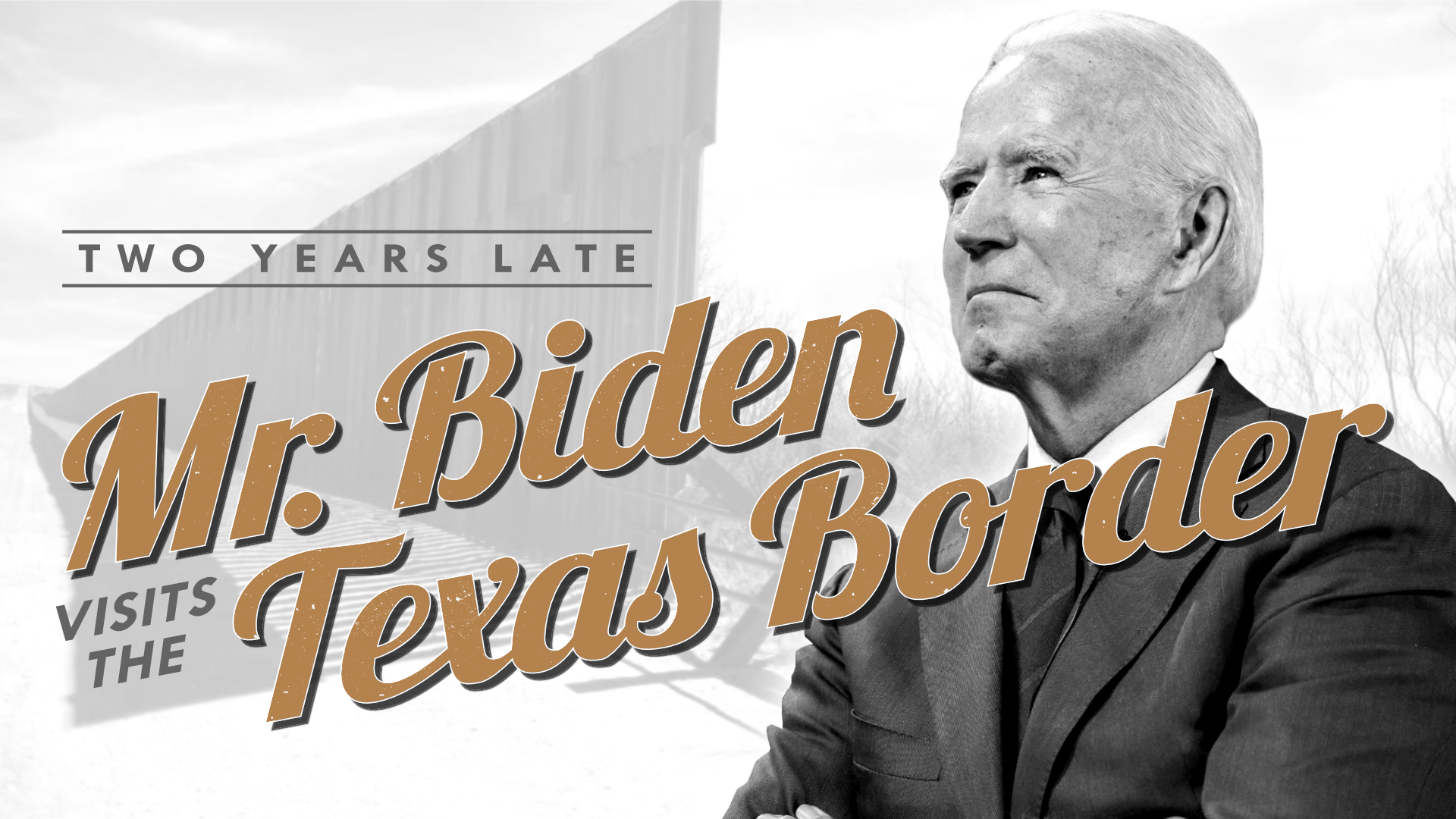 Joe Biden visited a freshly-sanitized El Paso, his first ever visit to the border. Greg Abbott says the visit is “20 billion dollars too little and two years too late.”

It’s hard not to fault Joe Biden for his recent photo-op trip to El Paso.  With an ongoing border crisis dating back to the Obama years, crossings at an all-time high in 2022, an ineffective “Border Czar” Kamala Harris who’s only been to the border once, and legal wranglings over Title 42, a visit by the head of state is long overdue.  Texans already know that the Federal government has little regard for the border crisis, and not visiting to see it in person only amplifies the feeling that Biden and his administration simply don’t care.  The other side of the coin is true as well, however, that a photo-op visit is hardly an effective policy tool.  Simply choosing to show up doesn’t change any of the dynamics that created the problem in the first place.

You can also hardly blame El Paso for wanting to clean up a bit before the big visit.  For months the city has been overrun by thousands of migrants per day.  Even though most of them are on their way to somewhere else, these passers-through have to sleep somewhere.  The city was starting to look a bit like Austin, with people camped everywhere!  Some have argued that Biden needed to see the “real” situation, but would you want visitors to see you at your worst?

It could be suggested that if El Paso can be cleaned up for a visit, couldn’t it simply be kept clean?  Anyone with kids and laundry knows the answer to that question.  Maintaining cleanliness sounds good on paper, but in practice the sheer number of messes make ongoing maintenance nearly impossible. It was an honorable effort on El Paso’s part to clean up.

You may not be surprised that our lawyer-in-chief Greg Abbott gave Biden a “strongly worded letter” when they met in person.  Somehow it seems like solving the crisis may involve more than just letters from lawyers.  Here’s the letter in full:

From El Paso, Biden traveled to Mexico City to meet with President Obrador and Prime Minister Trudeau.  Presumably the migrant and border issues will be discussed, as well as the ongoing cartel violence.  I’d not get my hopes up for a solution any time soon, however.

Greg Abbott could close the border under the invasion clause, but he won’t. Congress could pass immigration reforms, but they haven’t taken the opportunity in the last 40 years. Biden? All he’s good for is executive orders and bumbling. The best way for Texas to solve the problem is to own it. When we’re our own country, we will define our own border policy.

In this article:biden, Border, featured