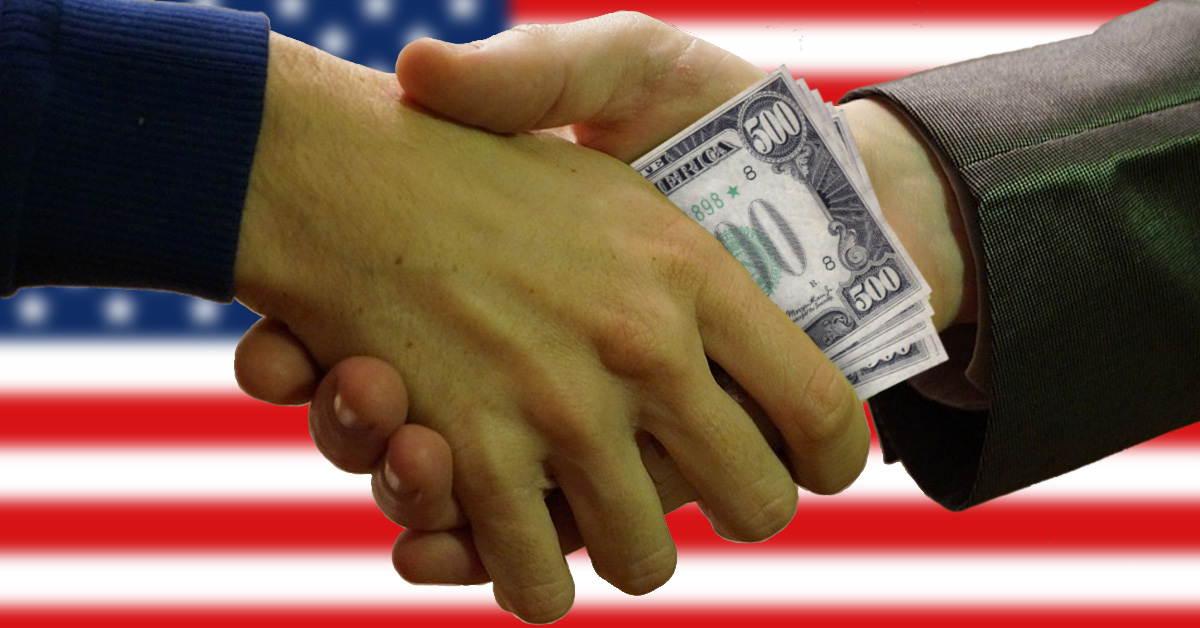 A Michigan State University professor and a group of grad students have made a discovery that might cause even the most cynical critic of the federal government to do a double-take.

While going over federal budgets dating back to 1998, Dr. Mark Skidmore has allegedly discovered missing funds totaling 21 trillion dollars. That was no error! You read correctly: $21 trillion!

Among the $21T that make up the missing funds are an $800 billion unauthorized transfer from the Treasury to the Army (this when Army budgets are around $120 billion), multiple other transfers of $130 billion a piece, among other anomalies.

Skidmore reportedly tried to talk to those who created the report from which he got his information, “but stopped when officials disabled the online links to view the documents.”

Dr. Skidmore had the following to say about the discovery:

“We know from official government sources that indicate $21 trillion is, in some way, unaccounted for.  Furthermore, if we come back to the Constitution, all spending needs to be authorized by Congress.  It looks to me, and I think I can conclude with a high degree of certainty, there is money flowing in, as well as out, that is unaccounted for. . . . That’s the one thing we know from these documents, that there is $21 trillion in unaccounted funds.”

I’m sure there’s not many who haven’t heard the legend of $50 hammers in a government budget. This sort of thing is presumably done to keep certain spending off the books for whatever reason the government deems good. However, did anybody really think such spending (illegal as it is) would surpass the amount of the current national debt in less than 20 years? And where is the rest of the money going? With as opaque and unaccountable as federal government is, your guess is as good as mine, and no tin-foil hatted speculation is off the table! It might be funding black-ops, lining the pockets of lobbyists and politicians, or maybe going to foreign governments and foreign nationals. Heck! You could even go ahead and throw in flying saucers and men in black, because no one knows!

If true, this is a betrayal of the public interest unprecedented in American History! And judging from the government response the good doctor received in bringing to light this information, don’t expect any answer on who stole your money or where it went; Washington is not likely to give you the truth, even if they give you answers.

The fact is that the federal government has become too bloated, corrupt, and incompetent to really be accountable to the people. And sadly, there’s nothing we can do to fix it. However, it is equally true that a government closer to the people tends to be more responsive and responsible. We need to finally acknowledge that Washington has outlived its usefulness and a federal government is a government too many. If Texas were to revoke the sovereignty that it loaned to the Union, then Texas could form a more transparent government, one that is more interested in protecting the freedom of its citizens than it is in stealing their money. After this revelation, can there be any doubt that it’s time to Texit?