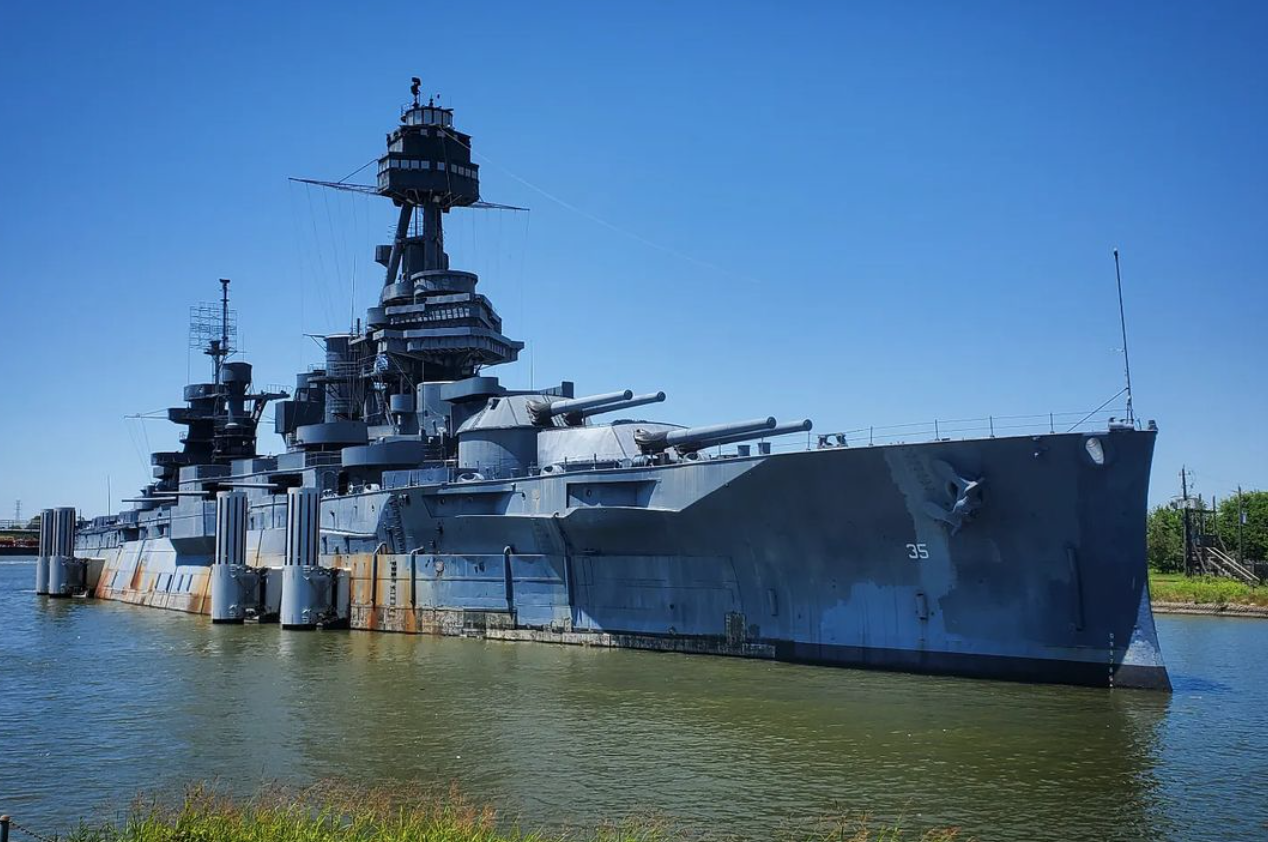 Weather permitting, USS Texas—the only battleship in existence today that fought in both World War I and World War II—is slated to journey tomorrow (Aug 31) from La Porte, TX to a temporary home in Galveston, TX, where Gulf Copper & Manufacturing Corporation will commence extensive repairs to the ship, using a floating dry dock to raise Texas out of the water. The massive undertaking is needed to repair holes in the battleship’s hull.

But such a job comes at a cost. An independent, maritime engineering review determined $35 million was needed to accomplish the extensive work Texas requires.

In 2019, Gov. Greg Abbott signed Senate Bill 1511, allocating funds for the ship’s repairs; however, that money came with a condition: USS Texas could not remain at the San Jacinto Battleground State Historic Site. Lawmakers also stipulated they would no longer approve public funds to maintain Texas, thereby ending the Texas Parks and Wildlife Department’s management and custody of the ship.

In 2020, the Battleship Texas Foundation, a registered 501(c)(3) non-profit organization, took the lead in day-to-day operations of USS Texas, with Texas Parks and Wildlife Department retaining an advisory and oversight role. Consequently, Texas now relies solely on donations and sponsorships to maintain and preserve the ship, as well as to provide tours and education.

Rep. Steve Toth (HD15), co-sponsor of House Bill 1359 Texas Independence Referendum Act in the most recent legislative session, previously emphasized the financial challenge of sustaining Battleship Texas: “It’s really not an option anymore to continue to sink $10 million into this thing every few years … that means it’s really got to go to a place where it will literally get four times the amount of tourism it gets right now.”

The city of La Porte has failed to lure the number of paid visitors needed to offset the cost of operating and maintaining the ship. The goal, therefore, is for USS Texas to land in a location that draws more visitors. Such a site has not yet been decided upon, but It’s likely the ship’s new home will be Baytown, Beaumont, or Galveston.

The Texas Nationalist Movement recognizes and values the uniqueness of Texas and remains at the forefront of preserving, educating, celebrating, and defending her history and culture. A key tenet of our mission is to secure and protect the political, cultural and economic independence of the nation of Texas. Just as we honor those who fell at the Alamo, we acknowledge and admire USS Texas for standing as mighty as the State for which she is named.

Those interested in becoming a part of the Battleship Texas Foundation volunteer team can complete an application on the organization’s website.