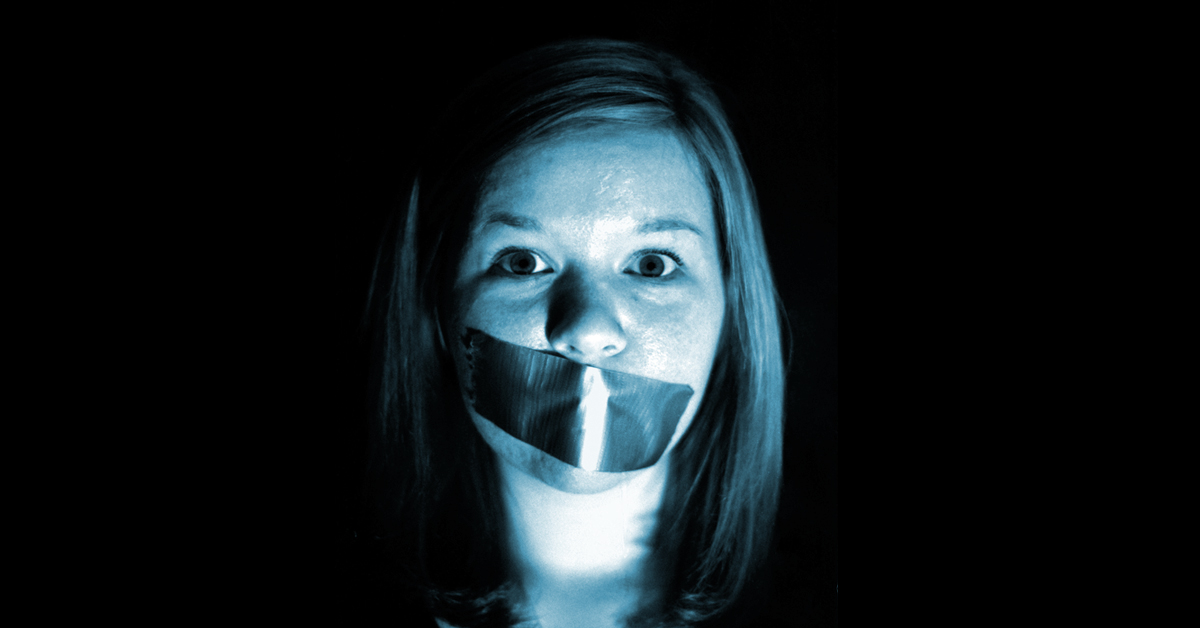 Yesterday, I was listening to conservative political commentator Bill Whittle on his YouTube channel. His piece was entitled “Can’t We All Just Get Along?” a name which hearkened back to the LA riots of the early nineties where Rodney King, whose video was the original spark of the riot, made an impassioned but vain plea for the violence tearing-up LA to stop. In his video blog, Whittle bemoaned the cultural state of politics in the U.S., citing examples of friends and family splitting up based on if they voted for Trump and lamenting the evolution of partisanship and the deepening of the divide. Tying into this, he then went on to talk about the lesson the left learned from the last election, and it wasn’t what you might expect, that they should re-double their efforts and convince more people of the rightness of their views. Instead, the lesson they learned was that they lost because they allowed the other side to speak.

… for the left to survive, they not only have to tell a consistent narrative, but they have to make sure that no one else is telling a counter narrative. Because if you’re telling a counter narrative, and you put some facts down, then you are going to cause the one situation that the left can’t really handle, and that is people will start thinking about things and maybe come to their own independent decisions. And that’s simply not allowed.

Increasingly, we are struck with the inescapable conclusion that the Union has become two factions of oil and water, never the two shall mix. And one side, particularly, has been slowly abandoning the pretext of free-speech. When the left controlled the White House, we saw the government use its powers to suppress and persecute the free press that was seemingly critical of the Obama administration. Additionally, we saw the IRS weaponized to go after conservatives. Now that the left is temporarily out of power, they’ve shifted their focus to other creative strategies with the goal of suppression and domination of the public sphere.

The latest development in the war on free-speech comes from Silicon Valley. The largely left-wing controlled tech and social media industry (YouTube, Google, Facebook, Twitter, etc.) is using their monopolistic status to suppress conservative content on their platforms through a variety of dubious means. Such methods include shadow-banning, demonetization, algorithms created to keep conservative content disfavored in search results, and other similar tactics. Even book-sellers like Amazon have gotten in on the act, actively trying to suppress books from outside the progressive orthodoxy, such as Daniel Miller’s TEXIT: Why and How Texas Will Leave The Union (read the whole story here). Such actions would seem to be in violation of the companies’ previous stated agreements, and some have taken to the courts to challenge such practices, but the courts are slow and generally unsympathetic after generations of being stacked with progressive legislate-from-the-bench-type federal judges.

All of this is to say that the left is using their control of the cultural and the legal establishment to force ideological hegemony, one way or another. When faced with the prospect that the left’s substandard ideological product will time and again be rejected for a better alternative, for their own survival, the left has decided not to allow an alternative. And though they are indeed powerful, they are neither right nor invincible. There is a solution to the sort of control the left seeks over your life: opt-out.

When it comes to the giant businesses that are abusing their users for political reasons, try using alternative social media platforms and search engines that don’t suppress your content. There are up and coming platforms that openly advertise themselves as free-speech zones and non-data mining applications, such as MeWe, Gab, or DuckDuckGo. Also, stop giving your money to politically discriminatory stores. Try to avoid Amazon or other companies that try to make your media decisions for you or shove politics down your throat. As for a federal judiciary and political system that constantly operates outside its constitutional mandate, well, there’s a solution for that too.

Some argue that a state can’t leave the Union. In their argument, they will cite many sources and lay it on thick with appeals to patriotism, claims it was settled in the courts, and threats of violence, but the one thing they can’t do is use the Constitution. The Constitution is supposedly the supreme law of the Union, but you might not know it with as often as it is trampled by courts, congressmen, and presidents. Nevertheless, it is the source of authority for the federal government, and like it or not, Washington is bound by it. And in the Constitution, there is no prohibition on resigning the Union.

In article 1, section 10, COTUS lists the activities a ratifying state may not do, but no where in that list is an embargo on the power to leave the Union. To underline this point, the ninth and tenth amendments make clear that, except where constitutionally forbidden, state power is unlimited while the federal government is limited to just those expressed powers delegated to it. Under COTUS, the right to leave the Union would be a reserved power. Furthermore, the Texas Bill of Rights makes it clear that if the federal government exceeds its mandate and interferes with “the right of local self-government,” the people of Texas can “reform or abolish their government in such manner as they may think expedient.” And after so many decades of federal abuse, can anybody honestly deny that such a qualifier hasn’t been met?

So, can we all just get along? The answer seems to be an unequivocal “No,” and no amount of wishful thinking will change that. The reason is that the political gulf is too large, it’s unbridgeable. The values and goals of the left and the right are mutually exclusive: you can’t have economic freedom and socialism, nor rule of law and mob justice, nor personal liberty and an unlimited centralized authority. And since the left has no interest (nor anything to gain) in competing fairly in the market place of ideas, if we wish to peacefully preserve our values and traditions, then separation is the only way. We must opt-out. And the longer we wait to act, accepting this melancholy truth, the less likely it will be that we will have the means of preservation… assuming that there’s anything left to preserve.