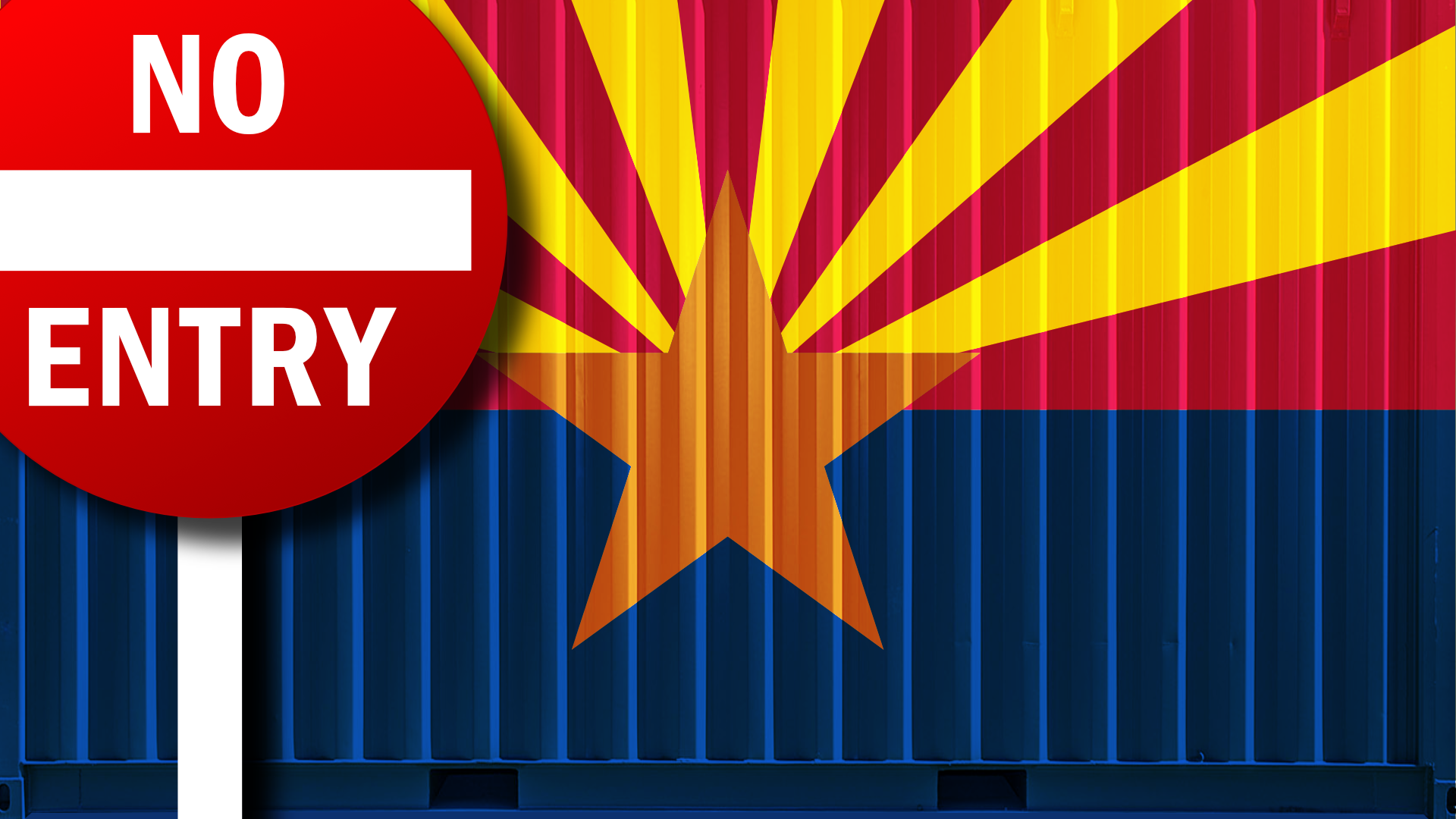 Arizona took the lead against Federal inaction on the border by installing a wall of shipping containers.  The Federal government has demanded that they be removed, and Arizona has refused.

In the event you have not followed the border invasion in states other than Texas, last summer the state of Arizona took steps to manage gaps in the border fence.  These gaps remained because Joe Biden on his first day in office canceled all ongoing border wall construction with the stroke of his pen. Under orders from AZ Governor Doug Ducey, “Arizona did the job the federal government has failed to do — and we showed them just how quickly and efficiently the border can be made more secure — if you want to,” when he ordered a series of shipping containers to be stacked in gaps left by the Biden cancellation of construction. It might be a bit unsightly of a wall, but it gets the job done for now.

Showing just how little Biden and the federal government care about the invasion occurring on the southern border, the Bureau of Reclamation has issued a demand for the containers to be taken down and ordered that no new containers be placed. In the view of the Federal Government, Arizona trespassed on federal land and broke Federal law when the containers were put in place last August. The container “wall” was built using Ducey’s authority to issue executive orders.  Although Ducey (or Abbott) could have simply declared an invasion, Arizona is at least trying to prevent the inflow of foreign nationals.

So how does Arizona respond to the Federal demand that the container wall come down?  “No thanks, Joe, we’ve got this.”  Thus far no containers have been moved. Hopefully Arizona will continue to hold out. “The federal government has a duty to protect the states,” said Anni Foster, the general counsel to Ducey, during a call with reporters in August. “They failed to do that. We have made every effort to work with them and try to resolve this problem, but the governor can no longer wait for the federal government to take action when we have a community like Yuma, who is being sheltered at 150% of capacity.”

Further hope out of the Grand Canyon State comes from Kari Lake, the populist nominee for Governor on the Republican ticket, who has come out swinging at the feds. Following the FBI Mar-a-Lago raid,  Lake released a statement on her Twitter account that accused the federal government of being an “illegitimate, corrupt regime (that) hates America”. She further recognized that “our government is rotten to the core” which is exactly what the Texit movement has been saying for years.

Why are Texas politicians not leading on the issue of state sovereignty when it comes to the border?  Let’s hope that Texas politicians see Ducey and perhaps Lake truly fighting for their state first and foremost.  Texas politicians could learn, developing the spine they have long lacked and deciding that Texas should be their first priority. While Abbott perhaps gets some credit for Operation Lone Star, there’s room for improvement, and Arizona is leading the way.

Daniel Rice contributed to this article.