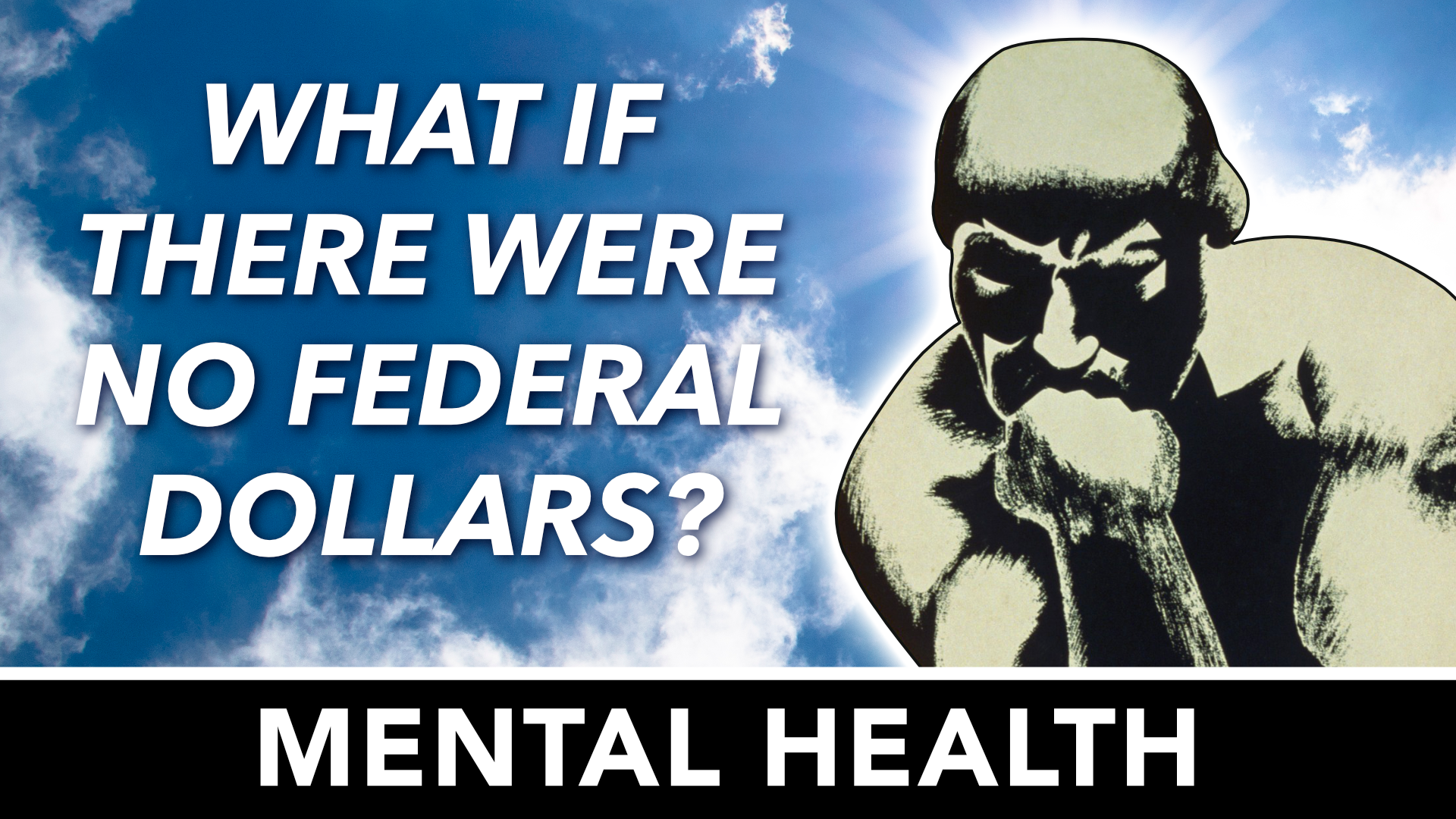 We’ve been hearing this lie for years: out of the 50 states, Puerto Rico, and District of Columbia, “Texas ranks 49th in mental health services.” That claim comes from a 2015 report by SAMHSA, using a formula so imprecise that SAMHSA didn’t continue its report. Nevertheless, spin doctors love to quote it. It’s finally getting some push-back. Andy Keller, CEO of Meadows Mental Health Policy Institute (MMHPI), is sick and tired of hearing it. Earlier this month, he issued a statement about the consistent use of this misinformation, describing it as “politically-charged press coverage that tells only half-truths.” Furthermore, Keller claims, Texas is actually doing more than any other state in the union.

SAMHSA’s formula excluded critical variables and considerations, much like the “formula” used to put fear into the hearts of people about TEXIT. One of the variables SAMHSA excluded was Medicaid expenditures on mental health services. When you factor that $1.5 billion into the equation, Texas jumps to 33rd. Meadows Mental Health Policy Institute, a non-partisan organization, explains the math in Texas Behavioral Health Rankings, an article you can find on MMHPI’s website: https://mmhpi.org/topics/policy-research/texas-behavioral-health-rankings/. Once again, those pesky federal funds rear their ugly heads.

One might be tempted to think that without federal funding, Texas would fall to the bottom of the barrel in mental health services. But the mere existence of federal funding deserves scrutiny. According to the Bipartisan Policy’s Deficit Tracker, the federal government ended fiscal year 2022 with a deficit of $1.4 trillion. If you want to feel your jaw drop, check out the US Federal Debt Clock where you can watch The United States’ $31 trillion debt climb by the second. Considering the condition of the federal government’s coffers, reliance on federal funds is absurd. When it comes to mental health, the stakes are too high for such a dangerous gamble. When you peel back the layers of virtually any social problem, from homelessness to addiction to domestic violence, you will find mental health issues. If we want to cure societal ills, we must focus on the mental health of every Texan, and the younger the better.

Mental health professionals in Texas understand this, regardless of the lie you’ve repeatedly heard. Texas has an abundance of nonprofit organizations who are devoted to mental health. Some, like Grant Halliburton, focus on providing resources and connecting people to providers. Currently, 948 providers are listed on Grant Halliburton’s HereforTexas.com. Other nonprofits provide education and individual services. Many of these organizations, however, rely on federal support, which requires jumping through hoops and carrying the weight of thousands of pages of federal requirements and regulations. The good news is that the $1.5 billion dollars Texas expends in federal dollars on mental health is hardly a drop in the bucket of $103-$160 billion Texas overpays to the federal government each year. One could as easily and logically argue that, if left to its own financial devices, Texas’ mental health services could soar to beautiful heights.