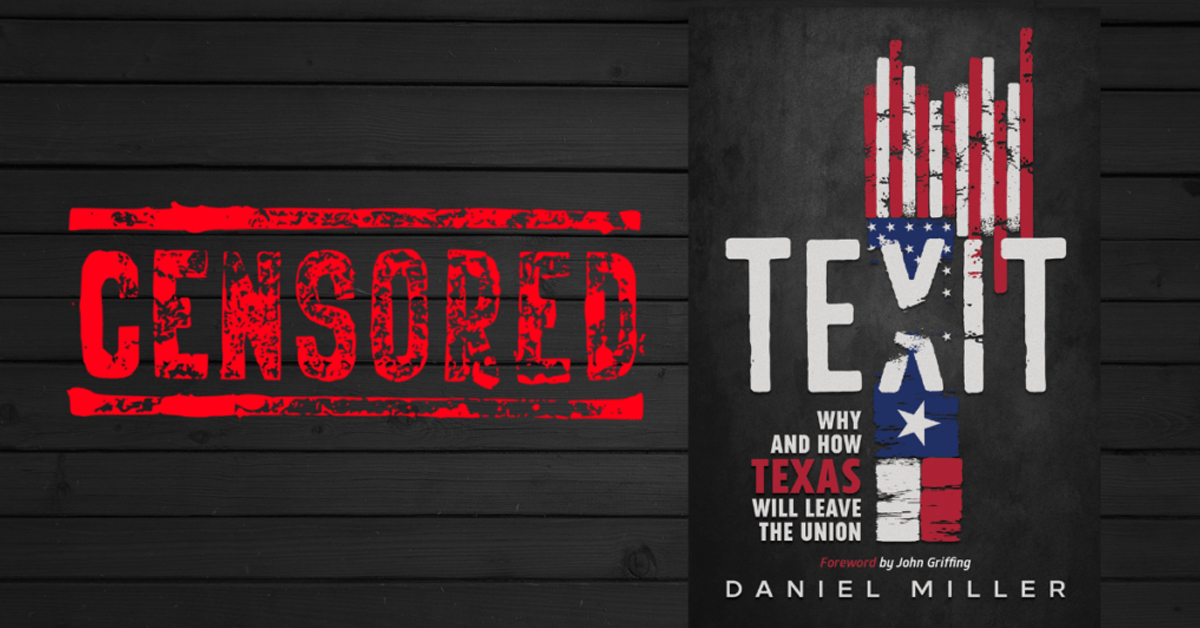 Amazon reverses course after banning TEXIT book during Banned Books Week, restoring the title to their site for purchase.

For some weeks, Amazon has been singling out TEXIT : How and Why Texas Will Leave the Union by Daniel Miller for some special attention. No, it wasn’t because they wanted to boost this already very successful book that topped 3 of their best sellers lists and received 100% in Five-Star reviews on their site. The sort of attention they were giving TEXIT was the negative kind. Inexplicably, they dropped the price to around wholesale cost and only made it available to Amazon Prime members. This was clearly done to restrict the book and drive down its price in the market for what could only be described as political reasons. (You can read the full story here.) However, after a few weeks of the publisher, Defiance Press, protesting the move and even looking into legal recourse, Amazon just decided to no longer offer the hardcover edition of TEXIT , altogether… that was until recently.

It is not certain why Amazon restored TEXIT for purchase. Probably, it was a combination of bad press and public pressure that cinched the conclusion that it would be better for them to relent. And although some of the issues have not been resolved, such as the price situation, this is a step in the right direction.

Often when we think about censorship, we think about it as an act of government. While the most dangerous forms of censorship tend to come from government, as Amazon and some of the other tech giants have shown, a corporate cabal is every bit as capable of using their monopolistic status to keep ideas from the public and force progressive orthodoxy. However, people still have the means to fight back; you have your voice and our wallet. These companies still need to make money, and if consumer resistance is created because they get a bad rep for such activities, making money becomes difficult. So, if you want to discourage such censorship, you must shine a light on them. When they feel their profits are threatened from the negative attention, then you will see change.