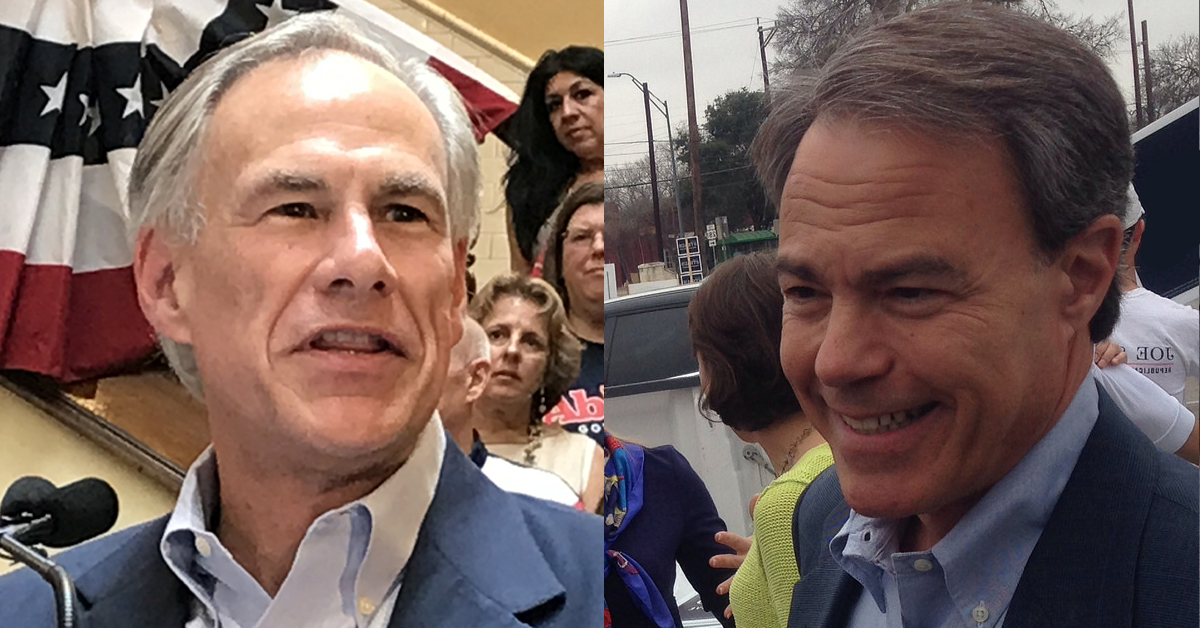 Last week, Texian Partisan reported on Governor Abbott’s school safety proposal, one that failed to address the role federal agencies play in the perpetuation of gun violence while also raising concerns for the gun and due-process rights of Texans. Since then, there have been more disturbing developments, bringing into question the governor’s judgement and what he hopes to accomplish with his proposal.

According to Empower Texans, within hours of Abbott’s press conference, the governor gave the task of getting the ball rolling on this very sensitive subject to the most RINO-y Republican in the Texas House… Joe Straus. While he still is Speaker of the House (for a few more months), the Governor has in past gone around the Speaker when he proved to be unreliable. And since Straus seems to effectively come from the left side of the aisle, why conservative Gregg Abbott would entrust such a delicate issue to Straus is bewildering.

Straus wasted no time, however. And instead of forming a GOP led group on school-safety, he took Abbott’s charge to find a way of inserting into the penal laws his “red flag” initiative (that allows for “law enforcement, a family member, a school employee, or a district attorney to file a petition seeking removal of firearms from a potentially dangerous” Texan) and gave it to the House Committee on Criminal Jurisprudence and its Democrat chair, Joe Moody. And as the ET article points out, “Not only is Moody a liberal Democrat, he is also the statewide political director for Beto O’Rourke’s campaign against US Sen. Ted Cruz.”

So, what does Moody want in terms of gun-rights? The usual thing such politicians do is to use purposely vague euphemisms like “common-sense gun control,” but the meaning Moody and others pour into those words may very well be at odds with what most Texans believe to be “common sense.” First of all, he’s already on record supporting the “red flag” initiative. No surprise there. With the current ideological make-up of his party, Democrats have yet to meet a new power for government that they didn’t like. And, in a recent tweet reacting to a poll that showed more Texans want stricter gun laws (a gap that has recently closed to only 4%), Moody said, “It’s almost like members of the #txlege are ignoring the people they represent and paying attention to special interest groups instead. What a shocking scenario.”

Clearly Moody wants to enact further restrictions on Texan gun-rights. And while having his committee work on a proposal isn’t the same as being a guaranteed codified bill, is it smart to task the future of gun-rights in Texas to the party that has supported and suggested gun registries, fire-arm bans, legally compelled buy-backs, and other restrictions so as to make owning fire arms prohibitive for the regular person? Most certainly not! For if what this committee puts forth amounts to a veiled affront to our rights, and if the mood of the legislature is to pass the thing, just so they can go to their constituents and say they did something, then Texas will be left far less free as a consequence.

The governor is doing his best to project that he cares. That’s fine and understandable for a politician in a political year. However, he is treading dangerous ground and opening doors that might’ve been better left closed. To remove a person’s second amendment rights requires proper adjudication, and despite assurances that solutions will preserve “fundamental rights of the Second Amendment and ensuring due process,” any fast-track method will at least cause complications if not out-right violations of these rights. Abbott should concern himself more with making it easier for schools to protect themselves. And if he wants to have an investigative committee, maybe he should investigate how well current laws are being enforced or even how the federal government contributes to the state of violence. Such political triangulation, as Abbott may be attempting, may be good for an election, but it seldom works for the preservation of the people’s rights.