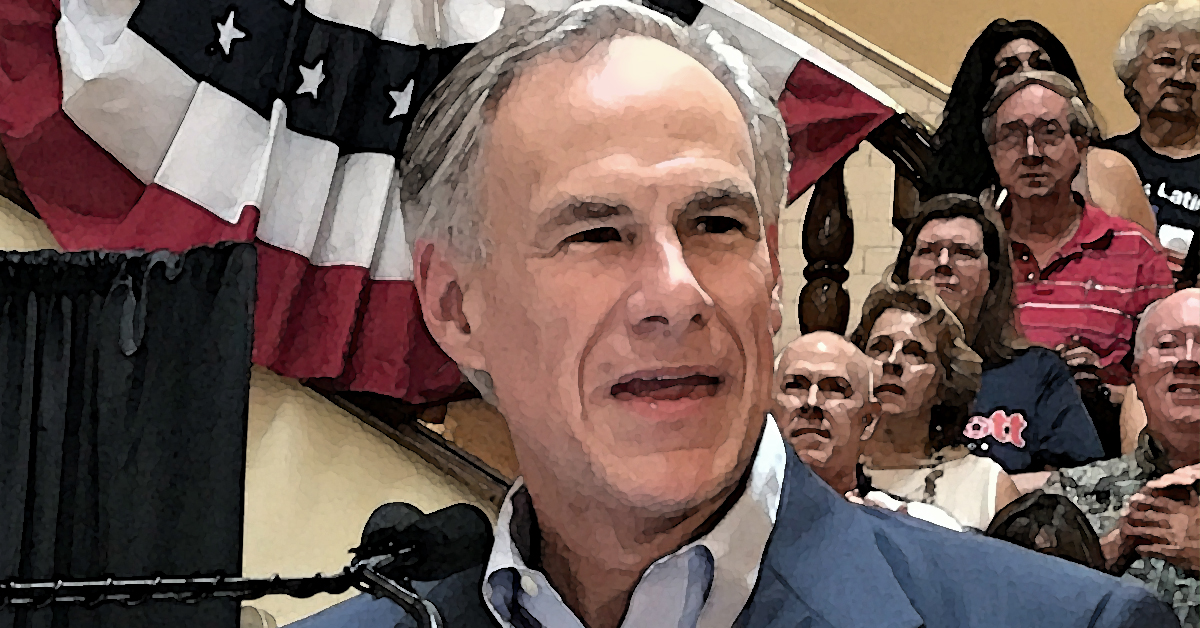 George Soros is once again dumping money into red states, including Texas, in an attempt to permanently shift the balance of power in the halls of Congress. Governor Greg Abbott recently called out the progressive globalist-activist billionaire as working to ‘”wrest control from voters of congressional redistricting in 2021 when booming conservative states such as Texas will gain seats in the U.S. House of Representatives.'”

Every ten years, the U.S. Constitution requires that a census be conducted. Each state is allotted a certain number of representatives based upon its population according to the census, and the census is also used by the state legislature to help re-draw the congressional districts such that each district contains roughly the same number of people. Because states are often a mix of rural and urban areas, the districts must necessarily meander in order to accumulate the appropriate number of people. However, in these scenarios, it is completely natural that the party in power sets the lines of the districts in order to maximize the number of representatives of their own party.

Soros ,who has given up to $246 million dollars to pro-abortion groups, hopes to dump massive amounts of money into Texas over the next few elections to wrest control of the state legislature, which sets the district boundaries. Pulling this off by 2021 would definitely be a very long shot in Texas, where Republicans control 64% of the seats.

Nevertheless, Gov. Abbott recognizes the national threat of a self-identified “‘super group‘” with members like Barack Obama, Soros and other democrats, with the stated goal of putting House Minority Leader Nancy Pelosi back into the speakership.

This is not the first time that Soros has dumped money into Texas elections. In 2016,  Soros poured eleven million dollars into local district attorney races. Unsurprisingly, the majority of candidates that he backed ultimately won.

“‘We must ensure re-districting efforts reflect the will of the people, not the depth of donors’ pockets,'” Abbott stated on Saturday. Furthermore, the governor posited, “‘The Soros network has their sights set on re-drawing congressional districts in the Lone Star State to push their progressive agenda and turn the Texas dream into a California nightmare.'”

On this point, Abbott is absolutely correct. We must be vigilant and fiercely protect our Texas from all philosophies and groups incompatible with Texas freedom. At the same time, The governor and all Texans should recognize that so long as we remain in an increasingly hostile union, we will be continue to be a battleground for forces that wish to eradicate our spirit of independence.