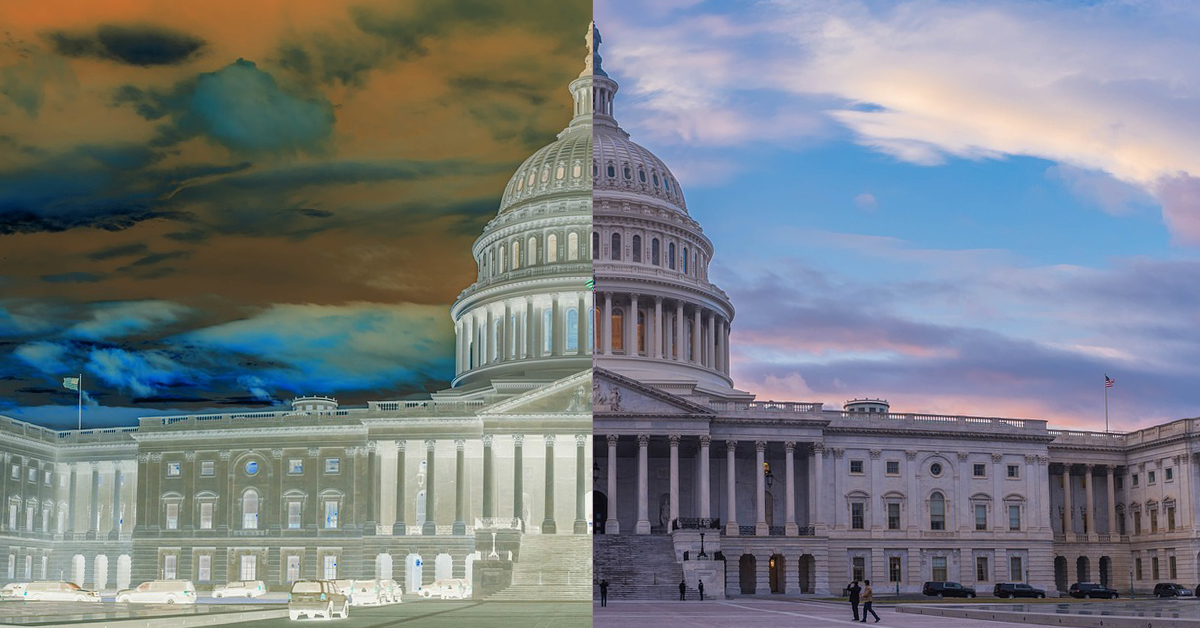 In a midterm election result that surprised virtually no one, the Democrats take control of the House of Representatives while the Republicans increase their majority in the Senate. Though there are a few races that have yet to be finalized, like the U.S. Senate race in Arizona (currently showing the Republican in the lead), the end result will be the same: a deeply divided union will have divided government for the remaining years of Trump’s presidency.

While some in the GOP may be saddened by this turn of events, it’s important to look at this in context: it’s not as though things were great before. The net result of GOP unified government was not of an electrified Republican party enthusiastically passing conservative legislation, fighting with all their might to right a listing ship of state that had been long suffering under the myopic pipe-dreams of leftists and run-of-the-mill cynical politicians. To the contrary, the GOP got very little of their agenda passed while continuing many previous Democrat priorities like DACA and Obamacare,  and continuing the funding for Planned Parenthood.

The reason for this melancholy (but foreseeable) turn-of-events was because of the Republican’s reticence to act. The GOP governed (or so they thought) with the goal of moderating themselves enough so as to not lose power; they didn’t govern to use that power to advance their stated beliefs. Now that they’ve lost the House, their strategy to tip-toe around Democrats is revealed to be a vain effort, and you can forget about them achieving the goals that they should’ve been fighting for in the first place: a balanced budget/debt relief, a border wall, tax reform, etc. The order of the day will be gridlock, gridlock, and gridlock, with a bit more of the left’s agenda being passed in the interim. The left are fighters, after all, so don’t expect the GOP to mount a completely effective opposition. Yes, this will include wall-to-wall investigations and the likely impeachment (sans removal) of President Trump. This development is likely the real reason that Jeff Sessions resigned today: Trump is going to need and AG that doesn’t need to recuse himself.

The situation reminds me, in part, of an old-school episode of Star Trek, The Enemy Within, where Kirk suffers from a transporter accident and is divided into two persons. Whereas once we had one competent starship captain, instead we got one aggressive Kirk and one weak and dithering Kirk. Well, that’s sort of what we have now with government in Washington. And although the weak side will now have to contend with the aggressive, radical side, with results like you might imagine, the difference is that we didn’t really have our own effective and competent Kirk to begin with. We certainly don’t have Scotty to fix things.

While both Democrats and Republicans try to talk-up the positives of this election, and while we prepare for the disfunction of the next two years, there is no better time for the states to finally accept that the Union, as it currently operates, doesn’t really work and is not likely to begin doing so in the near future. Instead of preserving the continuity of a government that protects the life, Liberty, and property of its citizens, it alternates between growing radical governance and a slightly moderating opposition that constantly acquiesces to the new-normal as defined by their opponents. And whereas Texas consistently chooses to uphold the values of the founders, enough of the other states choose the values of Marx and other progressives to keep the Union on the razor’s edge of insolvency and social chaos. And since the GOP is only semi-effective in resisting the growing assimilation of Marxist ideas into the federal government, maybe it’s time Texas run its own affairs, according to the will of Texans. If the U.S. is destined to hobble down the road to red-ruin (as seems likely), then maybe now is a good time to amicably part ways and continue down the path of fiscal responsibility, Liberty, and restrained governmental power. Sadly, the road we’re currently taking doesn’t get any better from here.