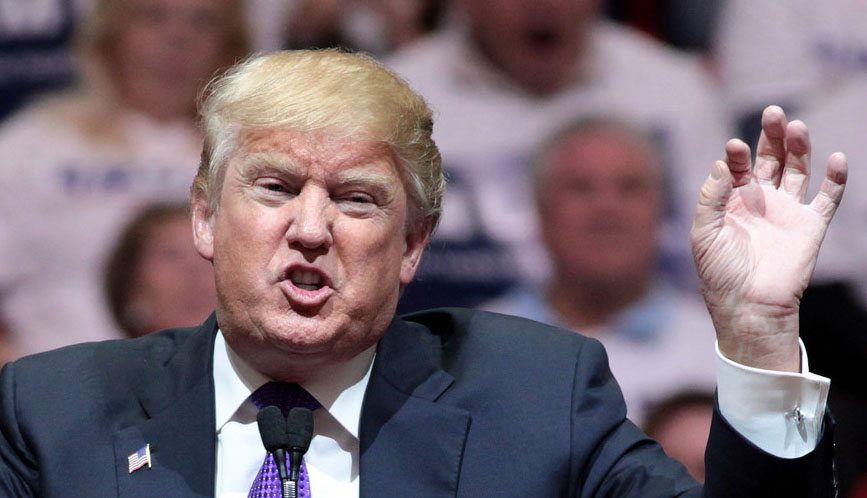 *UPDATED WITH VIDEO AT THE BOTTOM OF THE POST*

According to an article appearing in the Texas Tribune, the comment was given at a White House officiated gathering of various state sheriffs, including Harold Eavenson of Rockwall county.

After Trump called for suggestions on improving the job of policing from those present, Eavenson remarked that “’We’ve got a state senator in Texas that’s talking about introducing legislation to require conviction before we can receive that forfeiture money, and I told him that the cartel would build a monument to him in Mexico if he could get that legislation passed.’” In response, Trump tried to get the sheriff to disclose the senator’s name, which he failed to reveal. Trump then asked, “’Want to give his name? We’ll destroy his career.’”

The task of law-enforcement is enormously difficult, and I’m confident that most Texans want to give our police as many tools as legally permissible. Also, it’s good to see the President showing general support for local law-enforcement. However, in the US there’s a concept known as “innocent until proven guilty,” hitherto a basic notion of the American justice system. Perhaps others know differently, but I would submit that there’s not a single Texan (not even in Rockwall) that if accused of a crime would want to see their own assets seized and sold-off before they’ve had a chance to defend themselves. It may be frustrating to have this protection for likely re-offenders, but such a limitation on government is essential to protecting individual Liberty.

Equally disturbing to the President’s apparent lack of concern for government limits is his inserting himself into a state matter, as if he’s a CEO rather than a president, and everyone from the top to the bottom of this country is directly accountable to him. Certainly, the President is free to endorse any candidate he likes, whether in a national or local election. Yet, it is curious that the President’s first response was to make a threat on this state politician, as if the senator’s position represented a personal affront to the President himself.

In a subtler and more productive approach, Trump might have said, “Well, give me his name. I’ll give him a call and we’ll work things out,” or something to that effect. But as we all should know by now, Trump doesn’t do subtle. Instead, the President immediately threatens the senator’s personal destruction after learning only one thing about him that may or may not be accurate. Trump’s blunt and off-the-cuff way of speaking may be part of his popular signature image, but his position requires him to be disciplined and measured. As powerful as a president is, even off-the-cuff comments by one are taken seriously, and Trump should know better.

Many who voted for Donald Trump believed that his election would largely get government out of the business of states and individuals. Regardless if that’s truly Trump’s position, it is the impression that he has in part tried to cultivate. Trump’s threat to “’destroy’” a state politician, with clearly fewer resources than that of the President, could lead many to view Donald Trump as only the new face of an arrogant and meddling government rather than its reformer.