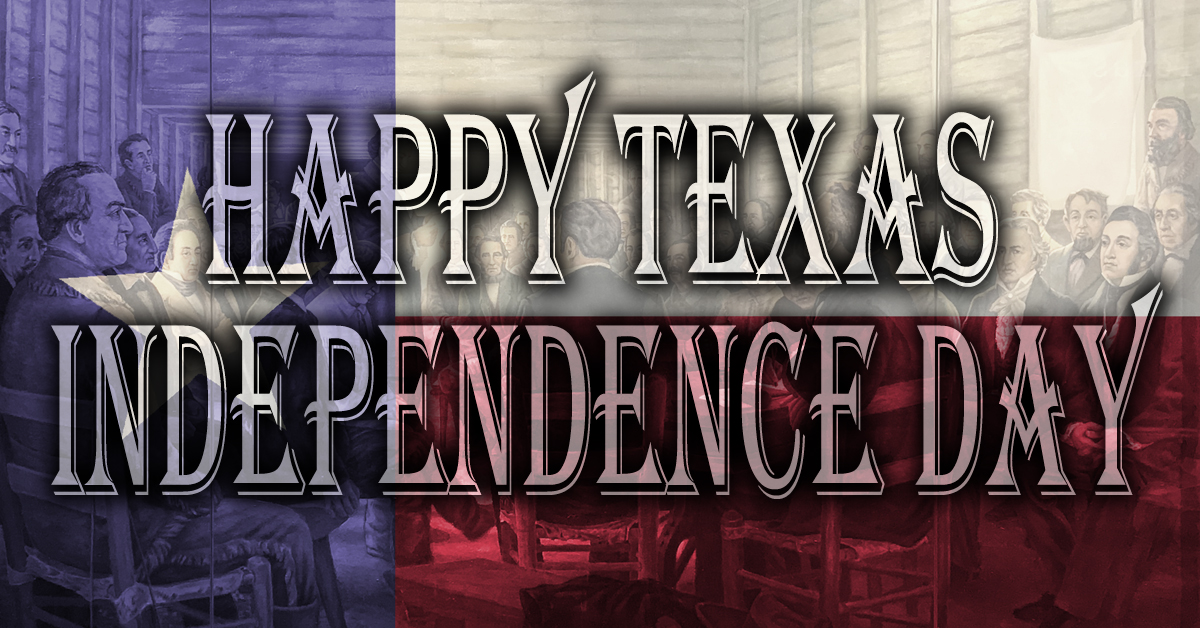 Painting: "Signing of the Texas Declaration of Independence" Star of the Republic Museum. Used with permission.

Texas Independence Day often takes a back seat to holidays such as July fourth, but it honestly shouldn’t. Without March second, there is no July fourth for Texans. And as the government in Washington turns from its roots, robbing us of limited government and individual liberty, March second becomes more a source of hope for Texans who look to a restoration of Liberty. So, as you plan your Texas Independence Day activities, enjoying family, food, and maybe fireworks, take a moment to remember our Texas forefathers, and what they did to provide the freedom we enjoy today!

(The following is an article updated and re-published from last year.) 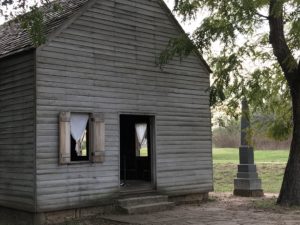 Reconstruction of the building where the Texas Declaration of Independence was signed at Washington on the Brazos State Historic Site.

On this day, 182 years ago, delegates from across Texas signed a formal declaration to the Government of Mexico, and its military dictator Antonio López de Santa Anna, that they would no longer entreaty him for the restoration of their liberties, ones that he had suspended in xenophobic anxiety. Instead, they declared their liberation from his usurping rule, dissolving their partnership with Mexico and becoming a free and independent nation.

This was no easy thing. While the founding fathers of Texas (men such as J. Antonio Navarro, Thomas Jefferson Rusk, Lorenzo de Zavala, and General Sam Houston) put pen to paper in endorsing this declaration of liberty at Washington on the Brazos, they were intensely aware that the superior might of the Mexican army was being brought to bear on the Alamo and her defiant defenders. Mere days later, the Alamo would suffer the same fate as 350 surrendering Texian troops at Goliad: annihilation. The war that Santa Anna was waging was nothing less than a war of annihilation. 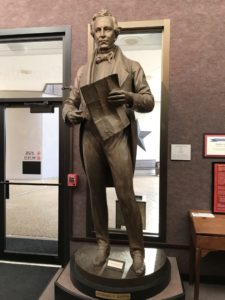 Statue of Stephen F. Austin, Star of the Republic Museum.

Yet, the people of Texas (both Tejano and Anglo) stood firm, fearlessly and confidently committing “the issue to the decision of the Supreme arbiter of the destinies of nations.” And with patience, the Texans waited for the right opportunity, for the arrogant Napoleon of the West to make a mistake. And when General Santa Anna divided his forces in a vain effort to destroy the elusive Army of Texas, Sam Houston and his Texians struck in the most important 18 minutes in Texas History. Falling upon their unprepared foe at San Jacinto, the Texians all but destroyed them under the battle cry, “REMEMBER THE ALAMO! REMEMBER GOLIAD!” The Texians lost nine, but Santa Ann lost 630. Capturing Santa Anna soon after the battle, they forced him to the bargaining table, exchanging his life for recognition of Texas.

That was the story of Texas Independence, but now we contend with another intractable adversary, one that daily violates the limits of its authority and tramples the rights of the citizens of Texas. That foe we must also challenge, but our weapons are not the saber or musket, rather our voice and vote.

With these things in mind, the Texian Partisan reached out to our readers, to ask what independence means to them. The following are some of those responses. Happy Independence Day! Texas Forever!

Independence is VERY important to me. Its #4, right after God, Family and Country. Actually, if everyone lived as God tells us to, Independence in the USA and my state of Texas and the rest of the world would be automatic!!!!  – Jerry Trumble

Texas Independence fills me with a tremendous amount of pride. As a Texan, to know that this land was consecrated in blood makes it all the more special. A heavy price was paid for this land I call home and I never take that for granted  – Donny Hunt 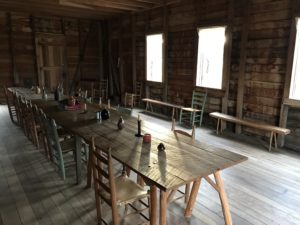 Reconstruction of the building where the Texas Declaration of Independence was signed at Washington on the Brazos State Historic Site (interior).

It makes me proud to know my forefathers were once free. It makes me sad to know that Texas has lost its independence of mind and supports things like prohibition. Uncle Sam would be saddened by what his vision has become!  – Greg Baish

It depends if we make Texas, Texas again.  – Zeffen Hardin

It means a lot to me as my birthday is on March 6th the day that Santa Anna killed about 185 Texans in the Alamo including Davy Crockett, Jim Bowie and William Barrett Travis.  – Michael J Bradberry

Texas independence to means respecting what made Texas a republic. While resisting the external pressures to make transform Texas into another failed state of governance, we must honestly recognize where these pressures derive from. Remember the Alamo!  – Darrell Vann

Freedom to be enjoyed by everybody in any race as long as he/she is a citizen.  – Lourdes Pacaldo 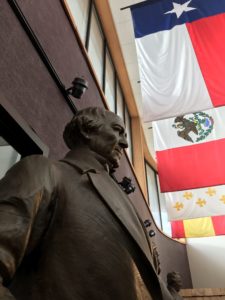 Statue of Sam Houston, Star of the Republic Museum.

Texas Independence, past and future, is about the hope to build a better future free from tyrannical governments. As our forefathers fought against Mexican tyranny so shall I stand and fight against domestic and foreign despotism.  – Don Teer

AS YOUR FIRST SECRETARY OF THE INTERIOR I PROPOSE IMPORTING LARGE DEER AND ELK FROM COLORADO AND/OR MONTANA! We can export salsa.  – Rodney Moore

Texas has always had an independence streak. We were once our own country. A lot of people don’t know that. 6 Flags wasn’t a theme park it was The History of Texas.  – Michelle Hoefler

Most Americans have no concept of how important freedom is to a Texan. Most who fought for Texas independence were simply wanting to be free. That heritage is still alive in the native Texans of today. We don’t want anyone to tell us what to do! Not the Federal or State government! We will do what is right for us! That is what I was taught, and still believe!  – Jim Banks